The attached document has taken half a day to prepare but only scratches the surface of this appalling corrupt investigation into Bendigo SDS.

If you have Facebook pages that parents of children attending Bendigo SDS may access, please post this. It is important that they have an understanding that the recent letter they received from the Department of Education is misleading.

You might have noticed that talk of children with autism and the NDIS is everywhere today – including some pretty angry commentary. Here’s a look at what’s happened and why people are concerned.

The NDIA, the government agency responsible for the NDIS, released its approach to early childhood intervention for children with developmental delay or disability.It’s called the Early Childhood Early Intervention Approach, or ECEI. 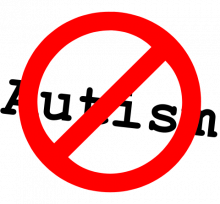 The Health Department's recent report on The Mental Health of Children and Adolescents in Australia does not once mention autism. In this respect, Autism Aspergers Advocacy Australia regards the report as negligent. The report was signed off by the Health Minister.

Autism is a growing issue for Governments in Australia since:

A leading international human rights group has highlighted the decision to place a 10-year-old autistic student in a metal cage as a violation of disability rights in Australia.

Human Rights Watch, one of the world's most respected campaign organisations, detailed the incident in its latest annual report on abuses and concerns in Australia.

The cage, which was two metres square in size and had a self-closing latch and door, cost $5195 and was not approved by the ACT Education Directorate.

Autism groups around the country agree that bullying of autistic students in schools must be properly addressed.

by Rick Morton, The Australian

A showdown between autism experts and the agency responsible for the $22 billion national disability insurance scheme is likely by the end of the week with some scheme managers pushing to water down evidence about what treatments work.

The NDIS agency commissioned a panel of experts to report back about the evidence base for early intervention therapies that it will offer as part of packages for children under the age of seven with autism or other developmental delays.

by Rick Morton, The Australian

Autism experts have repeatedly told the managers of the $22 billion national disability insurance scheme they face urgent problems on two fronts that will end up reducing children’s treatment and ramping up the program’s costs by hundreds of millions of dollars.

The landmark scheme, which has been trialled in most states and begins the transition to full rollout this year, was designed to include early-intervention therapy for children under the age of six with developmental delays or children under seven with an ­autism diagnosis. 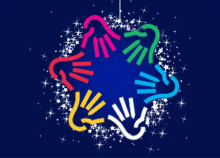 From all of us at Autism CRC, we wish you a very safe and happy holiday season.  As 2015 comes to a close, we have reviewed the year in numbers:

43 research projects are underway across our three research programs in diagnosis, education and adulthood.
8 projects are currently being finalised and we look forward to updating you on the results of these projects early next year.
Our 51 Participants, together with other collaborators, across Australia and internationally are working together to transform the lives of people on the autism spectrum.
...

Some of these children may never have had autism in the first place, despite being diagnosed with it

The headlines read “New study suggests autism can be outgrown”, or “outgrowing autism: a doctor’s surprise and wonder.” The stories are based on studies reporting that 7-9% of children with a documented early autistic syndrome disorder (ASD) have no symptoms of the disorder on follow-up later in childhood or adolescence. That is good news. The question is how to account for it.