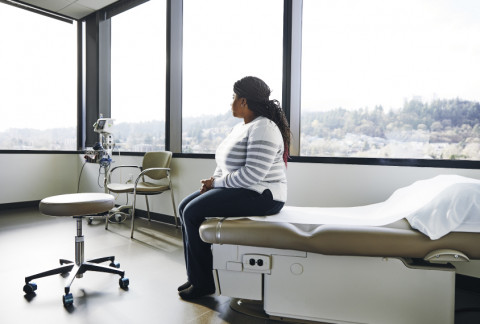 A panel of autism scientists and advocates is charged with a tall order: making recommendations for the care of autistic people worldwide. The panel is slated to meet for the first time today after the 2019 International Society for Autism Research annual meeting in Montreal.

Convened by the journal The Lancet, the group includes more than 20 of the world’s leading autism researchers, clinicians and advocates. Its goal is to review research and make concrete suggestions on health care and health policy.

“There’s a lot of research going on in autism, but it hasn’t been very clear what the implications are for health care,” says the commission’s chair Catherine Lord, distinguished professor in residence of psychiatry and education at the University of California, Los Angeles. “The idea is to come up with some new ways of looking at the data that exist.”

The group plans to meet twice this year — this weekend in Montreal and in September in Los Angeles. A third meeting’s date and location are not yet finalized. The panel is expected to submit its recommendations to the journal next year.

Lancet panels have the power to move the needle on health care policy and clinical practice. For instance, a commission on dementia suggested in 2017 that as many as 35 percent of cases could be prevented through lifestyle changes. The report has led clinicians to focus on preventing the condition.

The autism panel draws its members from eight countries. Members include Emily Simonoff and Tony Charman from the United Kingdom, Cheryl Dissanayake from Australia, and others from countries such as Germany, India and South Africa. Some members are parents of autistic children.

“Dr. Lord has assembled an international dream team,” says Paul Shattuck, director of the Life Course Outcomes Research Program at the A.J. Drexel Autism Institute in Philadelphia. “I was honored and excited to be asked to participate.”

Lord says she plans to start today’s meeting with an old-fashioned brainstorming session.

“Literally, we’re going to have easels, and people are going to write down what their major priorities are,” she says.

She says she hopes the commission dedicates some time to evaluating existing autism treatments and identifying ways to improve screening and diagnosis.

Other researchers, such as Shattuck and Paul Carbone, say they would like to find ways to help doctors care for autistic people. Many people with the condition see multiple physicians and therapists who may not communicate with each other.

“I know there are lots of barriers toward [coordinating care] but it benefits patients and families,” says Carbone, associate professor of pediatrics at the University of Utah in Salt Lake City.

Other members say they hope the commission focuses on easing autistic people’s access to health care no matter where they live. The commission should also prioritize recommendations that address autism in adulthood, says Dissanayake, founding director of the Olga Tennison Autism Research Centre at La Trobe University in Melbourne.

The panelists are scheduled to meet for three days, beginning this afternoon.