The Concept of Neurodiversity Is Dividing the Autism Community 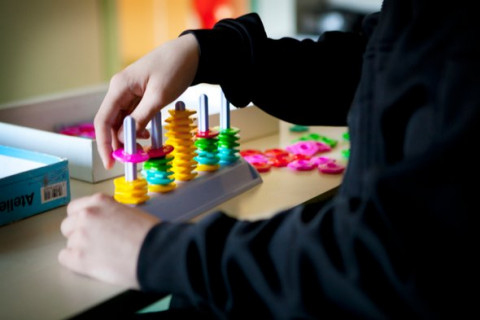 It remains controversial—but it doesn't have to be

At the annual meeting of the International Society for Autism Research (INSAR) in Montreal, Canada, this week, one topic likely to be widely debated is the concept of neurodiversity. It is dividing the autism community, but it doesn’t have to.

The term “neurodiversity” gained popular currency in recent years but was first used by Judy Singer, an Australian social scientist, herself autistic, and first appeared in print in the Atlantic in 1998.

Neurodiversity is related to the more familiar concept of biodiversity, and both are respectful ways of thinking about our planet and our communities. The notion of neurodiversity is very compatible with the civil rights plea for minorities to be accorded dignity and acceptance, and not to be pathologized. And whilst the neurodiversity movement acknowledges that parents or autistic people may choose to try different interventions for specific symptoms that may be causing suffering, it challenges the default assumption that autism itself is a disease or disorder that needs to be eradicated, prevented, treated or cured.

Many autistic people—especially those who have intact language and no learning difficulties such that they can self-advocate—have adopted the neurodiversity framework, coining the term “neurotypical” to describe the majority brain and seeing autism as an example of diversity in the set of all possible diverse brains, none of which is “normal” and all of which are simply different.

They argue that in highly social and unpredictable environments some of their differences may manifest as disabilities, whilst in more autism-friendly environments the disabilities can be minimized, allowing other differences to blossom as talents. The neurodiversity perspective reminds us that disability and even disorder may be about the person-environment fit. To quote an autistic person: “We are freshwater fish in salt water. Put us in fresh water and we function just fine. Put us in salt water and we struggle to survive.”

There are also those who, while embracing some aspects of the concept of neurodiversity as applied to autism, argue that the severe challenges faced by many autistic people fit better within a more classical medical model. Many of these are parents of autistic children or autistic individuals who struggle substantially in any environment, who may have almost no language, exhibit severe learning difficulties, suffer gastrointestinal pain or epilepsy, appear to be in anguish for no apparent reason or lash out against themselves or others.

Many of those who adopt the medical model of autism call for prevention and cure of the serious impairments that can be associated with autism. In contrast, those who support neurodiversity see such language as a threat to autistic people’s existence, no different than eugenics.

No wonder this concept is causing such divisions. Yet, I argue that these viewpoints are not mutually exclusive, and that we can integrate both by acknowledging that autism contains huge heterogeneity.

So what is the huge heterogeneity in the autism spectrum? One source of this is in language and intelligence: As I hinted at, some autistic people have no functional language and severe developmental delay (both of which I would view as disorders), others have milder learning difficulties, whilst yet others have average or excellent language skills and average or even high IQ.

What all individuals on the autism spectrum share in common are social communication difficulties (both are disabilities), difficulties adjusting to unexpected change (another disability), a love of repetition or “need for sameness,” unusually narrow interests, and sensory hyper- and hypo-sensitivities (all examples of difference). Autism can also be associated with cognitive strengths and even talents, notably in attention to and memory for detail, and a strong drive to detect patterns (all of these are differences).  How these are manifested is likely to be strongly influenced by language and IQ.

The other source of the huge heterogeneity is that autism is frequently accompanied by co-occurring conditions. I mentioned gastrointestinal pain or epilepsy (both examples of disorders and sometimes diseases), dyspraxia, ADHD and dyslexia (all examples of disabilities), and anxiety and depression (both examples of mental health conditions). This is just a partial list. A recent study shows that 50 percent of autistic people have at least four such co-occurring conditions (including language disorder or learning difficulties), and more than 95 percent of autistic children have at least one condition in addition to autism.

At the neural level, some regions of the autistic brain (such as the amygdala, in childhood) are larger, and others (such as the posterior section of the corpus callosum) are smaller. These are evidence of difference but not necessarily disorder. Early brain overgrowth is another sign of difference but not necessarily disorder.

Post mortem studies of the autistic brain reveal a greater number of neurons in the frontal lobe, suggesting that there may be reduced apoptosis (or pruning of of neural connections) in autism, but again this may just be evidence for difference rather than disorder. Against this, structural differences in the language areas of the brain in autistic individuals who are minimally verbal are likely to be a sign of disorder.

Functional MRI (fMRI) studies at times show less or more brain activity during different tasks, and again this can be interpreted in terms of difference and disability, but not clearly evidence of disorder. On the other hand, where autistic individuals have demonstrable epilepsy with a clear electrophysiological signature, this is a sign of disorder or even disease.

At the behavioral and cognitive levels autistic people show both differences, signs of disability and disorder. For example, young autistic toddlers may look for longer at non-social stimuli than at social stimuli, and autistic people may show their best performance on IQ tests on the Block Design subtest, perhaps reflecting their strong aptitude for attention to detail and disassembling complex information into its component parts.

Both of these are simply differences, compatible with the neurodiversity model. Aspects of social cognition reflect areas of disability in autism, and are often the reason for why they seek and receive a diagnosis. But if an autistic person has severe learning difficulties or is minimally verbal (defined as having fewer than 30 words), this is arguably beyond neurodiversity and more compatible with the medical model.

In sum, there is a case for all of the terms “disorder,” “disability,” “difference” and “disease” being applicable to different forms of autism or to the co-occurring conditions. Neurodiversity is a fact of nature; our brains are all different. So there is no point in being a neurodiversity denier, any more than being a biodiversity denier. But by taking a fine-grained look at the heterogeneity within autism we can see how sometimes the neurodiversity model fits autism very well, and that sometimes the disorder/medical model is a better explanation.

What is attractive about the neurodiversity model is that it doesn’t pathologise and focus disproportionately on what the person struggles with, and instead takes a more balanced view, to give equal attention to what the person can do. In addition it recognizes that genetic or other kinds of biological variation are intrinsic to people’s identity, their sense of self and personhood, which should be given equal respect alongside any other form of diversity, such as gender. But to encompass the breadth of the autism spectrum, we need to make space for the medical model too.