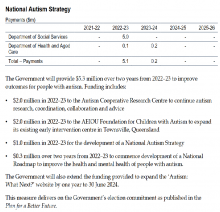 The rollout of the National Disability Insurance Scheme (NDIS) has transformed the Australian funding landscape for individuals with disability and their families. This study examined whether the profiles of autistic children and their families accessing an early intervention (EI) setting have changed following its introduction. 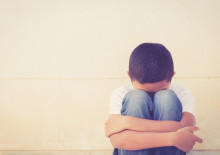 A new study has found autism is the top risk factor for bullying among all neurodiversities.

Children diagnosed with neurodevelopmental disorders, such as autism, experience various types of challenges at school. This might be due to communication, and also relationships with other children.

Accumulating evidence indicates children on the autism spectrum are more likely to be bullied.

This submission raises issues about the experiences of NDIS participants at the Administrative Appeal Tribunal (AAT), specifically in relation to both the conduct of the National Disability Insurance Agency (NDIA) and the procedures of the Tribunal itself.

The following is from the Senate Autism Inquiry report 2022 webpage - the full report can be down loaded from the link below.

The Australian Autism Alliance is holding a webinar on Tuesday 29 March (from 12.15pm-1.00pm) at which Chair of the Select Committee, Senator The Hon. Hollie Hughes, and Deputy Chair, Senator The Hon. Carol Brown will outline the report’s key findings and recommendations.

A4's Monique Blakemore will be chairing.

Basically, the result of consultation was that:

When asked "How well is Australia respecting people's human rights?" answers indicated that people with disability are at most risk of missing out on their right to education: see https://rightstracker.org/en/country/AUS?as=hi&tab=atrisk

On the 12th October 2020, Mr Hoffman, the NDIA CEO, wrote a letter to NDIS participants, their families and carers. In his letter, he claimed that

The tools [for the NDIA's so-called Independent Assessment] have been ... used all over the world for many years.

A4 doubted this was true since no such tool existed for autistic people.

Previously, the NDIS was using the PEDI-CAT to assess autistic children. It is well known that this is not a suitable tool which is why the authors of the tool have been developing a revised PEDI-CAT (ASD) for some time.

The Victorian Royal Commission released its report. It is available from: https://finalreport.rcvmhs.vic.gov.au/

The report is in 5 volumes and 4 appendices. It is a big report: the volumes range from 36Mb to 54Mb.

Very little of the report relates to autistic Victorians.