A major dispute broke out between two autism advocates: they both described the NDIA's eligibility criteria for autistic people as “gobbledygook”, but they are at odds over who said it first. 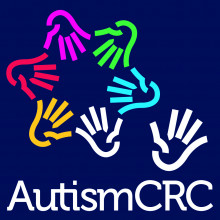 Researchers are currently analysing data from the Autism CRC Australian Autism Educational Needs Analysis. Nationwide 1,468 respondents participated in the survey from every state of Australia and included: 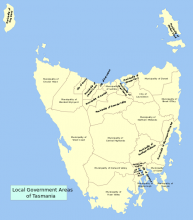 Tasmanian living with autism spectrum disorder (ASD) should have every opportunity to reach their goals and to achieve their full potential.

The Hodgman Liberal Government is committed to providing improved support for Tasmanians living with ASD, and that’s why last year we established the Autism Advisory Panel.

The panel is critical to helping to deliver our $1 million election commitment of developing a long-term strategy for improved care for people living with ASD. 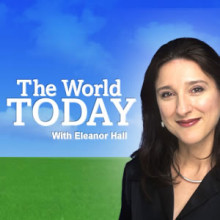 Links to more stories below ...

DAVID MARK: Victoria's education department is investigating claims that disabled children have been locked up in cages at special schools.

A school principal in Canberra lost her job for putting a boy with special needs in a cage made from pool fencing.

Disability advocates say the practice of locking up children with behavioural problems is actually commonplace in mainstream schools as well as special schools.

They say Victorian authorities have turned a blind eye to the abuse - until now.

A disability support group in the ACT has passed a no confidence motion against Education Minister Joy Burch over her handling of the case of an autistic boy being put in a cage in a Canberra primary school.

The Speaking Out for Autism Spectrum Disorder group has expressed its anger at Ms Burch's treatment of the case as an "isolated incident".

In a letter penned by chairman Bob Buckley, the group has accused the ACT government of fixating on lessening damage to its image and cited concerns over the inquiry.

Autistic children are being locked in cages, tied to chairs and shut in storerooms at school, parents have told a Senate inquiry.

One mother has alleged that a teacher at a special school threatened to cut off her son’s fingers, leaving him afraid of going to class.

Children with Disability Australia has told the Senate inquiry into students with disabilities that one unnamed school took no action­ when a boy kicked and knocked over a Year 2 girl with a disability.

Statement by AFDO, people with disability and family organisations

Today the Federal Government has placed an advertisement in newspapers calling for nominations for the National Disability Insurance Agency (NDIA) Board.

There is currently no more important government appointed role for people with disability and their families than the NDIA Board.

The NDIA Board is responsible for safeguarding the National Disability Insurance Scheme (NDIS) and ensuring that it is delivered on time and on budget. 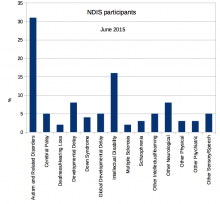 The number of people who are diagnosed with autism spectrum disorder (ASD) continues to rise in Australia. Autism, once considered rare, is now 31% of NDIS participants, the largest disability group in the scheme according to recent the NDIS Quarterly Report issued in June 2015.

The number of NDIS participants with autism indicates that growth in autism diagnoses is not, as some commentators suggest, just due to greater autism awareness and diagnosis of milder cases.

The Australian Bureau of Statistics reported enormous growth in the number of people with autism with data it collected in 2009 and again in 2012 through its Survey of Disability, Ageing and Carers (SDAC).

Steady growth can also be seen in the number of families getting Carer Allowance (child) for children (data from Centrelink) who are  diagnosed formally with Autistic Disorder or Asperger's Disorder, just two of the autism spectrum disorders. 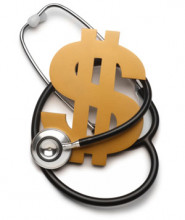 A research paper has been published estimating the cost of autism in the USA is $268 billion to the USA in 2015.