Six-year-old Ava Renwood is an aspiring athlete with big dreams of a career in sport.

But her mum Ashleigh Brook fears her options are limited by the lack of inclusivity and understanding of athletes with autism.

The Brisbane mum said her daughter "lives and dies" for her weekly gymnastics, cheerleading and dance classes.

"Ava wakes up in the morning [at] like 7am, and it is 'what gym classes do I have today?'" Ms Brook said.

After approaching local sport clubs to take her daughter to the next level in sport, Ms Brook was advised to send her to disability-only groups.

"It is great that they have a division for these athletes, but again, [it's] not inclusive," she said.

"[It's] very like putting them in their own bubble." With Ava eager to compete with her peers, Ms Brook is unsure she can find an inclusive club next season.

"It is kind of one of those situations where I am questioning is there going to be somewhere," Ms Brook said.

Sporting events for students of all abilities Charlotte Kanowski with her medal after she won the Queensland School Sports triathlon’s multi-class autism without an intellectual disability category.(ABC News: Marton Dobras)

She was also the first and only student to compete in Queensland School Sports triathlon's multi-class autism without an intellectual disability category.

"I was proud of myself when I got the medal and finished the race," Charlotte said. Multi-class events allow students with disabilities to participate in an inclusive environment.

The events are currently offered in triathlon, cross country, swimming and track and field events.

The Department of Education said this year for the first time, students with autism can also compete in multi-class events in the Queensland School Sport State Swimming Championships and State Triathlon.

"I think having that multi-class does provide an opportunity for them to have a go, but in a comfortable setting," she said.

"Ultimately, you would want it to be fully inclusive and all the kids going together and having a go.

"We need to be inclusive and allow access to all of our children so that they can reach their dreams."

The Brisbane mum said she had been fortunate in finding inclusive sports for her daughter, but it had not come without its challenges.

"It can be tricky to find an instructor that is educated and knows what reasonable adjustments to put in place," she said. 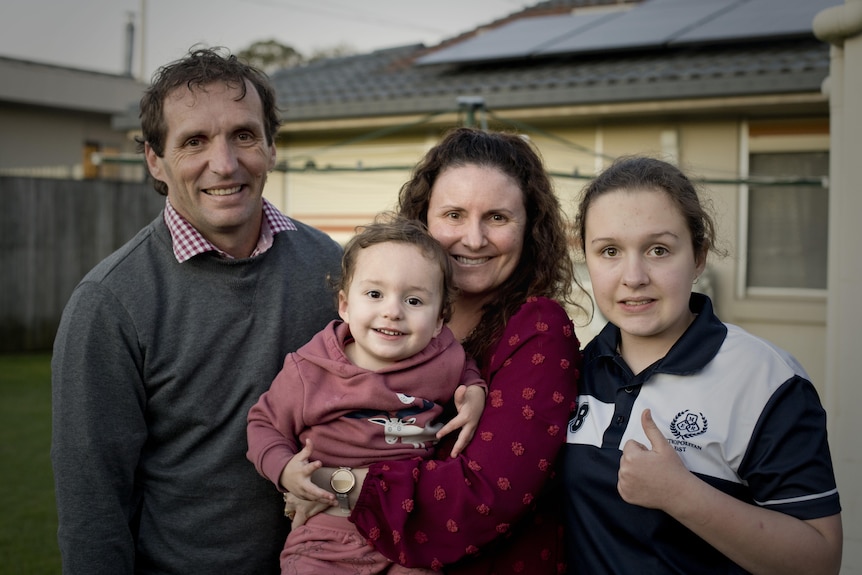 Charlotte Kanowski with her parents and little sister – who all support her during her competitions.(ABC News: Marton Dobras)

Ms Kanowski said it was important for coaches to understand all children on the spectrum have different "sensory profiles".

"It is a spectrum for that reason, they are all different," she said.

"When [Charlotte] does have a moment or may have a meltdown, that it is normal for her.

"That's her emotions bubbling over and that is how she expresses them, and it is part of being autistic."

"Makes me feel like she is out there giving it a go, and I'm really proud of her," she said.

Sporting clubs 'fearful of the unknown'

The Special Olympics' Queensland coordinator Kim Lawley said many sports clubs were "fearful of the unknown" around athletes with autism.

"Once you get them out on a track or a field or a court, they are an athlete, and they want to participate and train," she said.

"It's just breaking down those barriers and those fears of the unknown."

She said many athletes with disabilities struggle to be accepted into sporting groups, including her own brother.

"There was no opportunity for my brother to play sport, so we made that happen for him [at the Special Olympics]," Ms Lawley said. 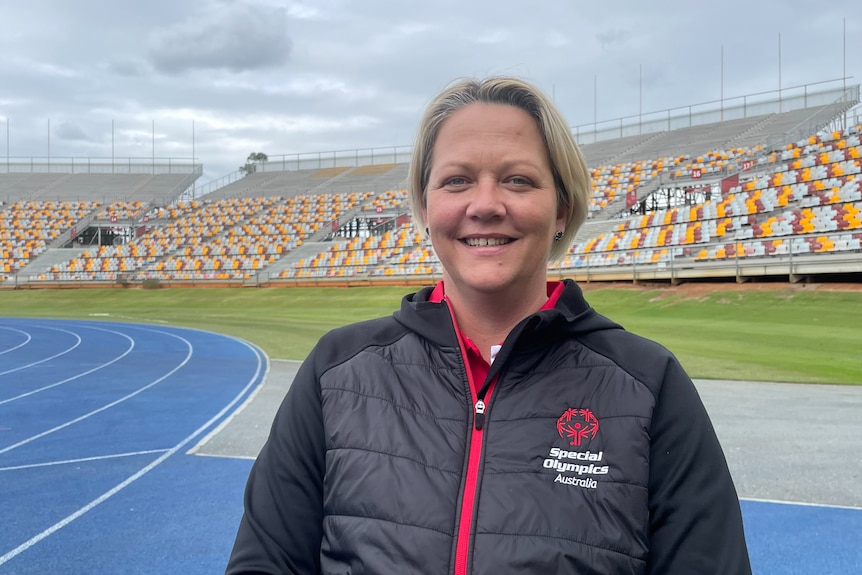 She said the Special Olympics has helped create inclusive sporting opportunities for athletes with intellectual disabilities and autism, with her brother going on to play basketball and golf nationally.

"It is about education of coaches, it is inclusion, and it's just reminding coaches anywhere in Australia, in the world that they are athletes," she said.

National athlete leadership coordinator for Special Olympics Australia, Susie Bennett-Yeo, said she hoped one day athletes with intellectual disabilities and autism could be accepted and welcomed by any sports team.

"I would love to just see some of the athletes I know, just to be able to go along to their local basketball competition and say, 'I'd like to play basketball' and they go, 'that's great'," she said.

'The next national stars' falling through the cracks

Australian Sports Commission spokesperson said it believed everyone should be able to participate in sport.

"It is important that sporting bodies, from local clubs through to national sporting organisations, reflect the diversity in the communities they are a part of," a spokesperson said.

We offer tailored front pages for local audiences in each state and territory. Find out how to opt in for more Queensland news.

Ms Brook is still hoping there will be more sports opportunities for athletes like her daughter.

"These children have a future, and we shouldn't put them in a box and sports really opens the door for that," she said.

Ms Brook said athletes with autism, provided with the right support, could be "the next national stars".

"I think the industry forgets that what makes them different can also be an incredible strength," she said.

"If they are not going to support it, then how many potential elite athletes are going to fall through the cracks."