Officials from the administrator of the NDIS have been grilled in a Senate hearing about the controversial independent assessment reforms set to roll out next year.

The integrity of a pilot program for controversial reforms to the National Disability Insurance Scheme has been called into question by federal senators.

The National Disability Insurance Agency, which runs the NDIS, was grilled about the independent assessment reforms set to roll out next year at a Senate estimates hearing on Thursday.

The pilot program found 90 per cent of participants were either very satisfied or satisfied by their experience, according to the NDIA website, though the full results and details are yet to be made public.

Under questioning by Labor Senator Carol Brown on Thursday, the NDIA revealed 512 people completed the pilot, but only 145 finished the satisfaction survey at the end – around 28 per cent.

“Are you satisfied then the report that you've put on online from pilot one really reflects participant satisfaction?” Senator Brown asked.

NDIS Actuary Sarah Johnson replied: “145 out of 512 isn't a bad takeup rate for a lot of satisfaction surveys undertaken.”

Greens Senator Jordon Steele-John then asked Ms Johnson whether the NDIA had set a target for the survey’s completion rate.

Ms Johnson took the question on notice, but indicated she thought it would have been less than 28 per cent, prompting disbelief from Senator Steele-John.

“That is massively concerning because [the reforms are] a significant change that has caused a lot of people a massive amount of distress, and you are seeking only to place yourself the goal of extracting less than 28 per cent of participant feedback on what that process was like?” he said.

“That is outrageously unacceptable. Good lord.” 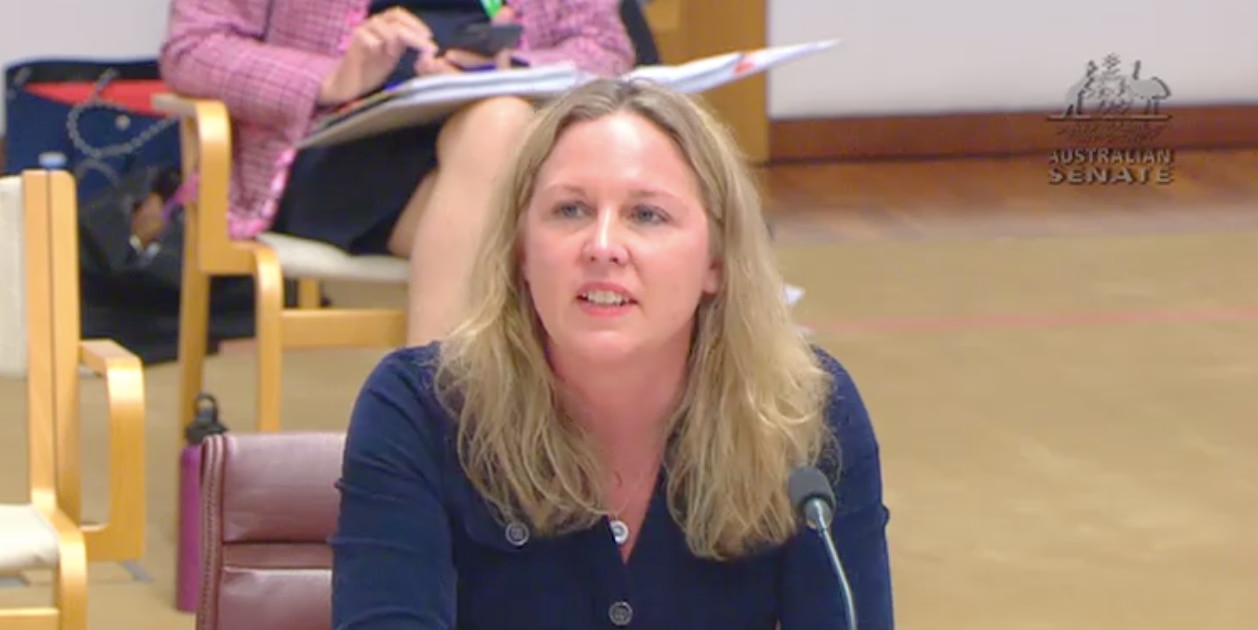 Senator Steele-John also expressed concern the people who did give feedback could have done so knowing the outcome of their assessment.

“Are you not a little bit concerned that that might have coloured their feedback on the survey?” he asked Ms Johnson.

“Not specifically,” she replied. “I think that we got enough feedback along the process. And it's one component of our evaluation. We’re also looking at feedback from other things.”

Another larger pilot program is scheduled to begin in the coming days, during which the NDIA said it would offer a satisfaction survey to all participants.

Senator Steele-John asked Social Services Minister Anne Ruston what level of survey dissatisfaction it would take for the government to pause the introduction of the independent assessments.

"This is one process,” she replied. "The purpose of this process was to inform what was going on. It wasn't a simple binary decision of yes or no, it was a process to inform the agency in relation to the implementation of [these reforms]."

What are independent assessments?

Under the reforms - announced in August after being recommended in a review of the NDIS - participants will be referred to an independent healthcare specialist for a free one-off session to determine their eligibility for the scheme.

But there’s been concern from various peak bodies the assessments could be too brief to properly determine an applicant's eligibility for the NDIS and force vulnerable people to be assessed by practitioners they don't know or trust.