Zeke Harvey, 9, used to hate the beach. As a child with autism - the sounds, glare and movement were a sensory overload.

He spent most of last year’s nippers season distressed and upset next to a bin in the beach carpark.

If you saw him now, you wouldn’t think it was the same boy. 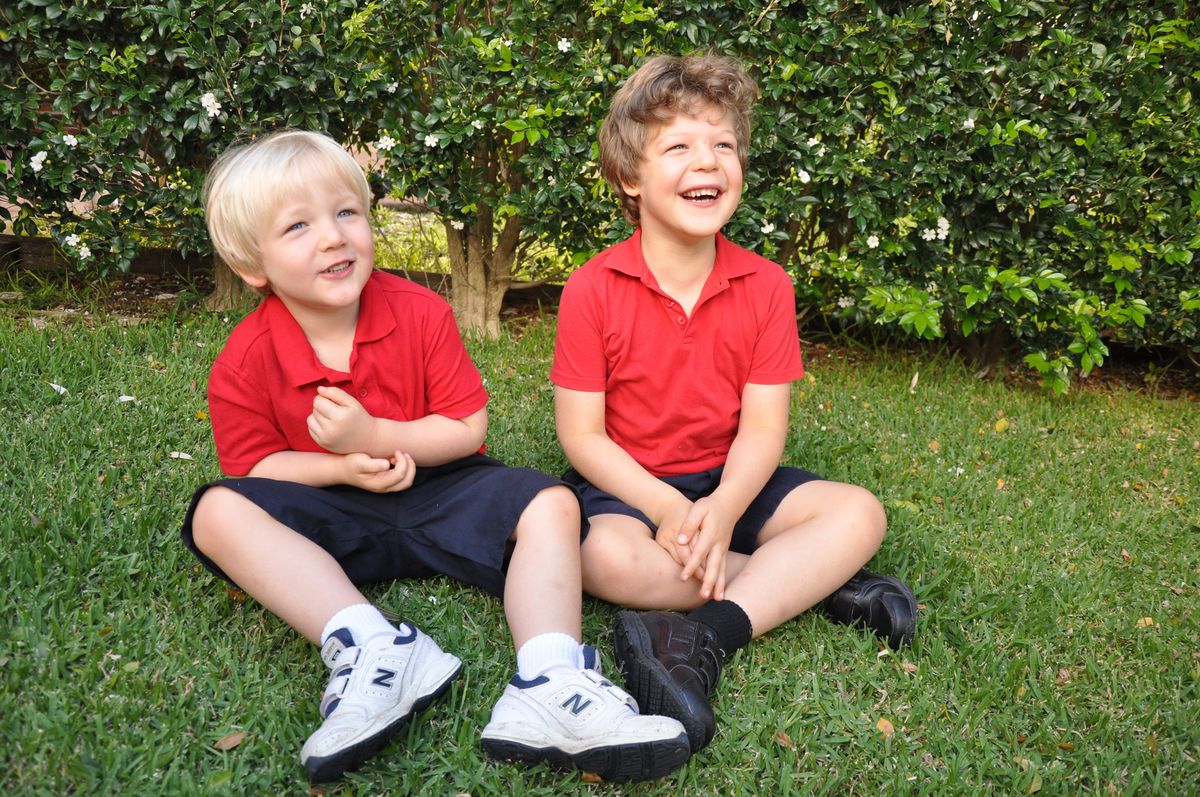 Spencer, 8, (left) and Zeke, 9, (right) live on the NSW Central Coast, and have shown incredible improvements since learning to swim with a specialist organisation. (Supplied)

As he delightfully told nine.com.au about this season of nippers; “I stood on the board with my hands in the air”.

Zeke is one of thousands of children with autism who have benefited from a swimming program put together by the only certifying body for autism and swimming in the world, Autism Swim. 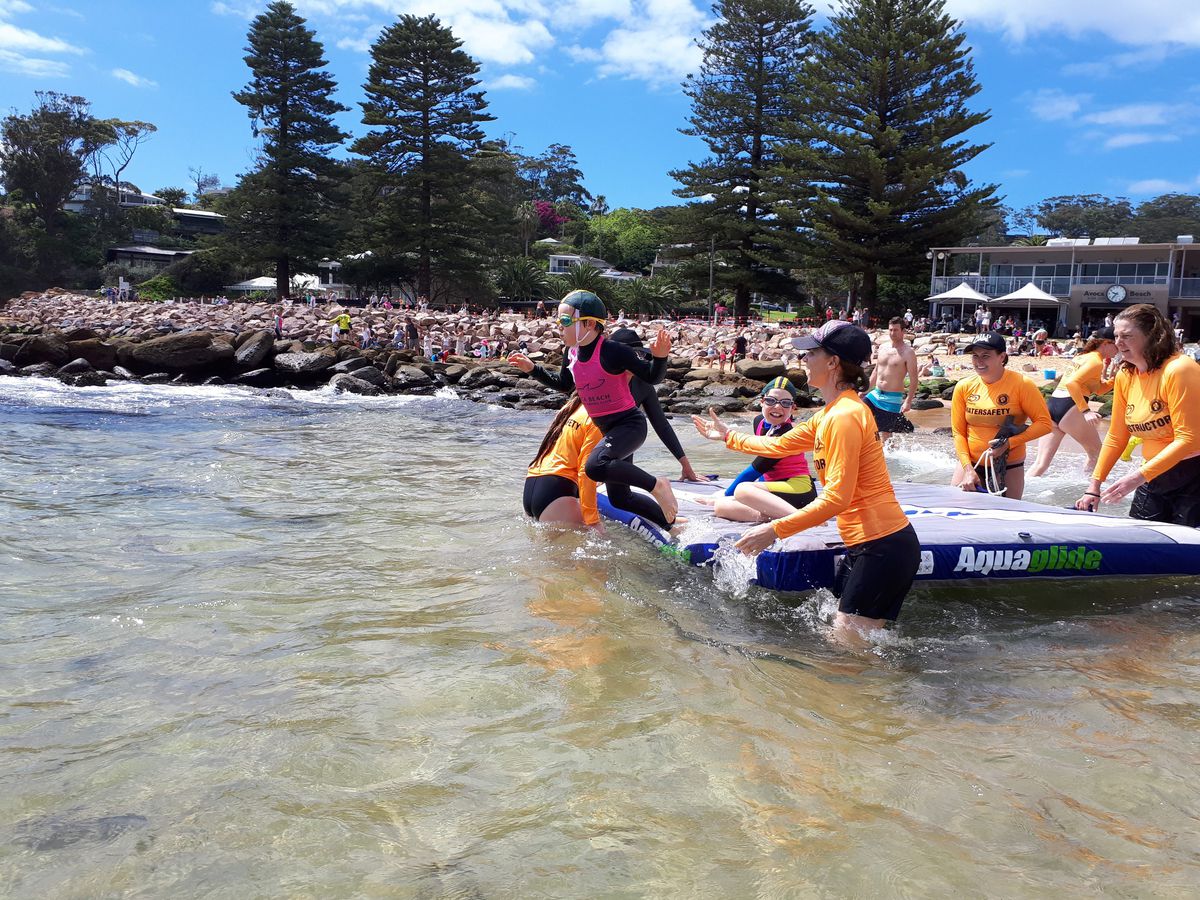 Zeke used to hate nippers at the beach, but thanks to specialised programs he is loving the surf this season. (Supplied)

Children with autism are 160 times more likely to drown, according to Columbia University research, a statistic which shocked Ms Gleeson into action.

She became determined to get her clients in the pool.

The Harvey family on the Central Coast of New South Wales were also desperate to get their boys Zeke and brother Spencer – who also has autism - into the water.

Of the Harvey boys, Spencer has a particular affinity to the water. (Supplied)

The boy’s progress are testament to the organisation’s ability to transform lives, with Ms Gleeson about to launch a world first app that will catapult her teachings onto a global stage.

Through the app, children [and young adults] will learn vital wandering, water safety and swimming messages, including what to do and what not to do in certain situations.

The initial scene will begin in the character’s house, and embark on the journey into the pool environment, inclusive of skills both in and out of the water 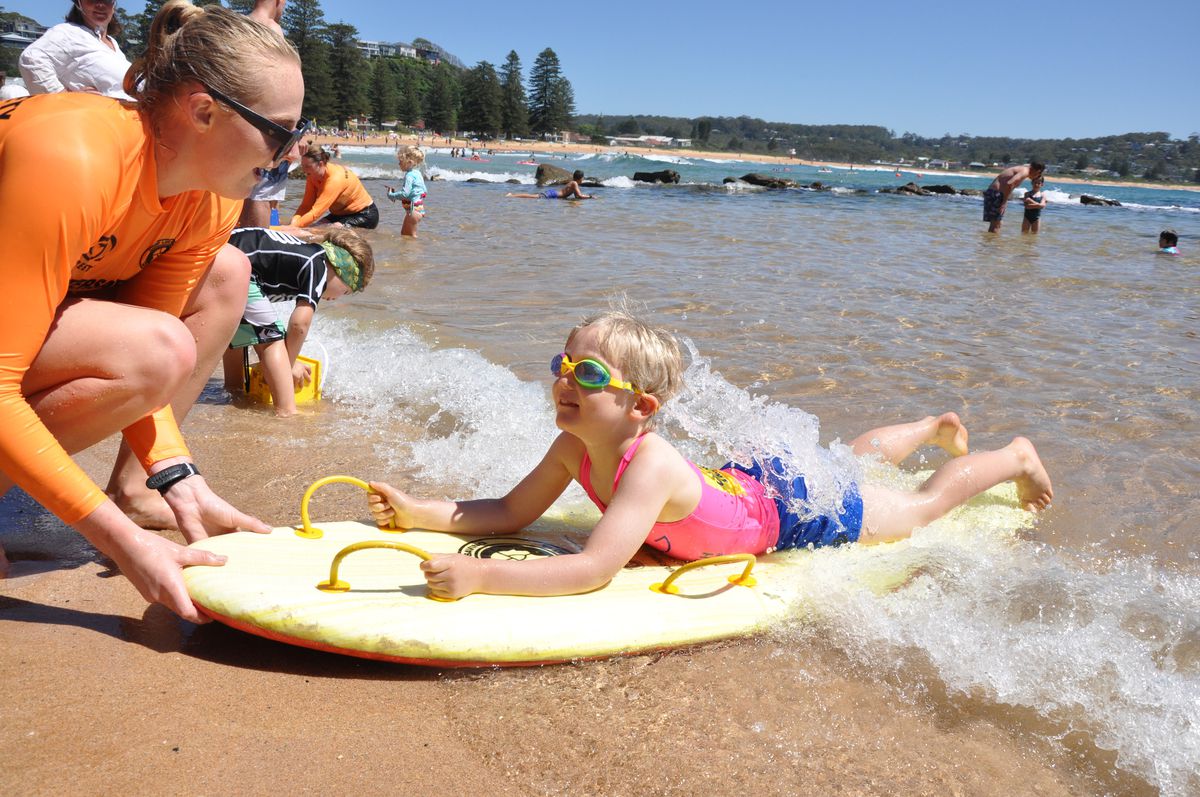 Sarah and Mike Harvey, went through seven swim schools until they stumbled across Autism Swim.

“It was like herding cats, it wasn’t even a lesson, it was just chasing him [Zeke],” Mrs Harvey, 42, told nine.com.au about their previous experiences.

Learning how to adapt and learn about their son’s needs is something the Harvey’s have had to do twice over.

Their youngest son Spencer was also diagnosed with autism.

But his manifests differently. 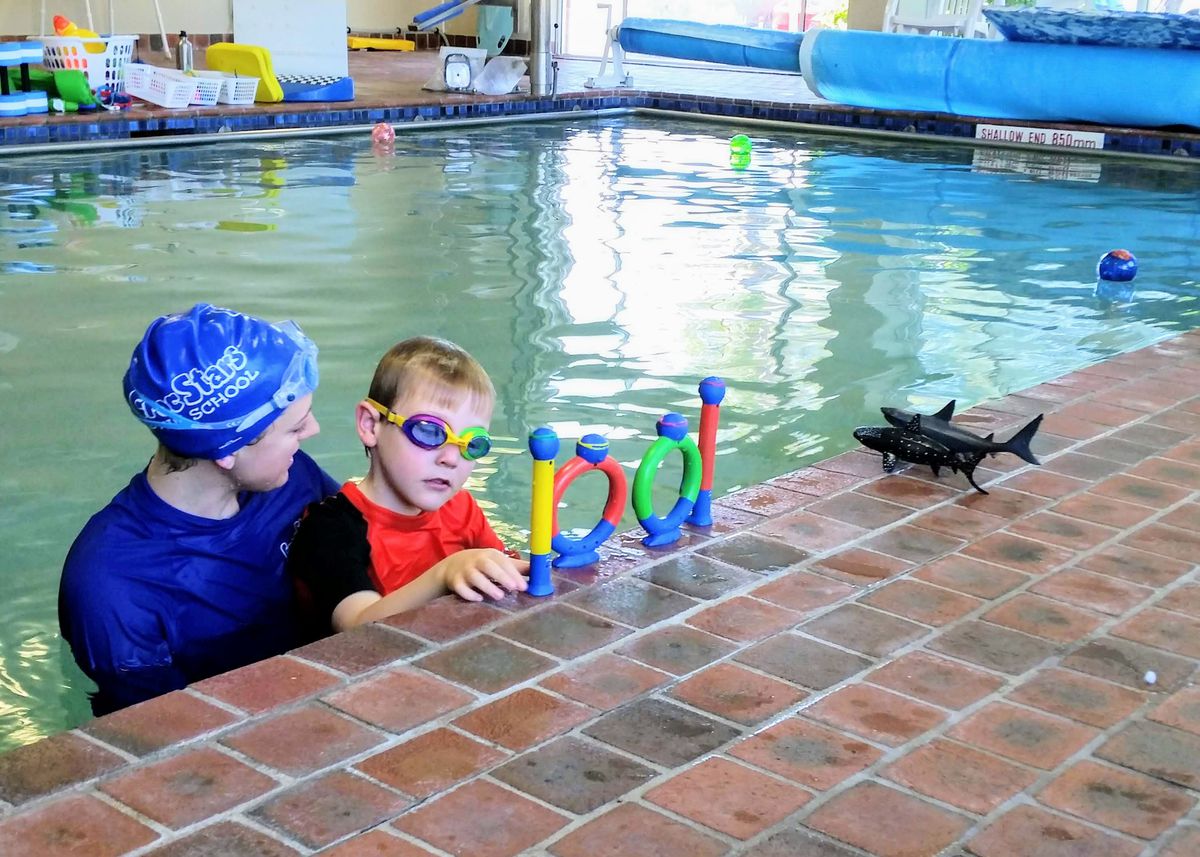 Both the Harvey boys were diagnosed young, and their parents have had to adapt to a different way of parenting, with both children having very different needs. (Supplied)

While his brother is boisterous and loud, Spencer is non-verbal, distant and quiet.

The Central Coast couple have had a somewhat challenging parenthood journey navigating the intricacies of a condition that’s hard to diagnose, and even harder to support.

He lost the first words he’d been happily babbling to his parents; mum, duck, cow.

His eye contact began to wane, and he was increasingly unhappy. 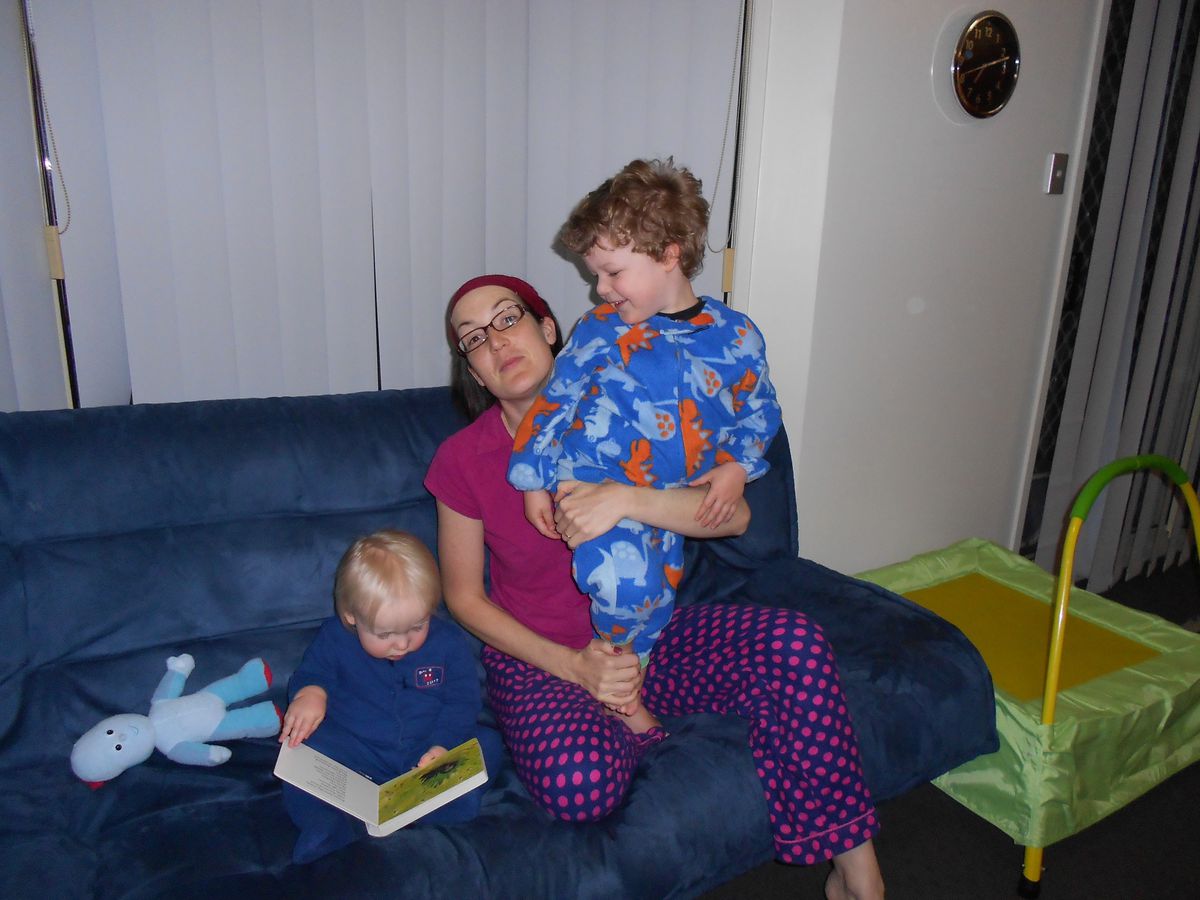 Zeke is described by his parents as loud and boisterous, while his brother is much quieter. Both require very different parenting approaches. (Supplied)

Everything that was once routine – riding in the car, having a bath – they all became distressing, and Zeke spent most of his time in meltdown mode.

Eventually the couple were given a diagnosis – autism.

“It was a relief, but our emotions were all over the place, there was frustration, sadness – we didn’t know what we were in for,” said Mike Harvey, 41.

At the time of Zeke’s diagnosis, the couple had welcomed Spencer to their brood.

“The first time I felt like autism collided with my world, we were at the ED because Zeke was crying and moaning and walking in circles 24/7. I had Spencer wrapped in a cocoon against my body and I was pleading with him to fall asleep – it was the moment I thought I would never breathe again,” said Mrs Harvey. 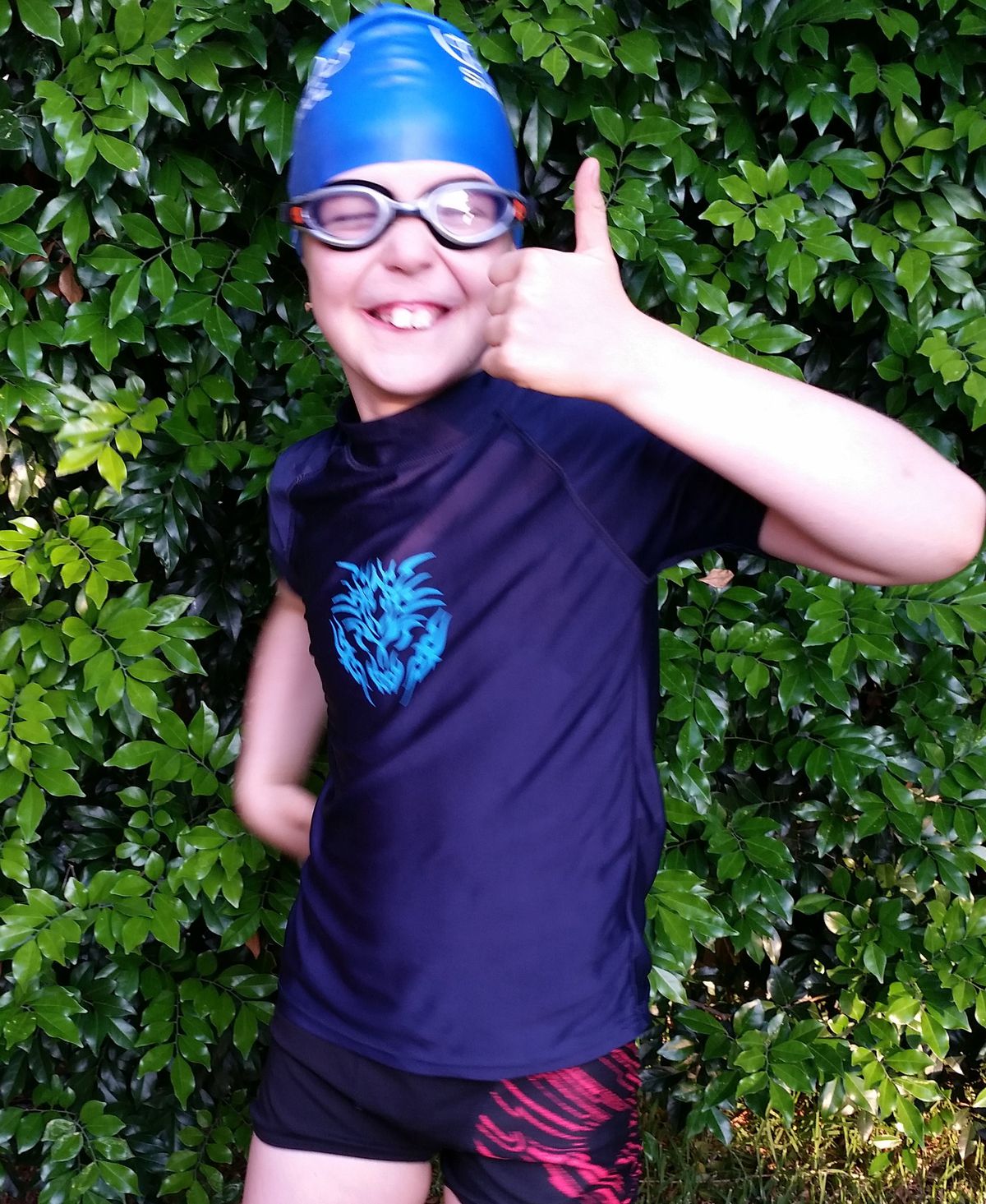 Sarah and Mike Harvey before they had kids. (Suppled)

It was obvious very early on that Spencer wasn’t moving his lips.

There was no pointing, no major developmental milestones, no first words.

The Harvey’s explain that to a first time parent Spencer would have seemed like the “perfect baby”. 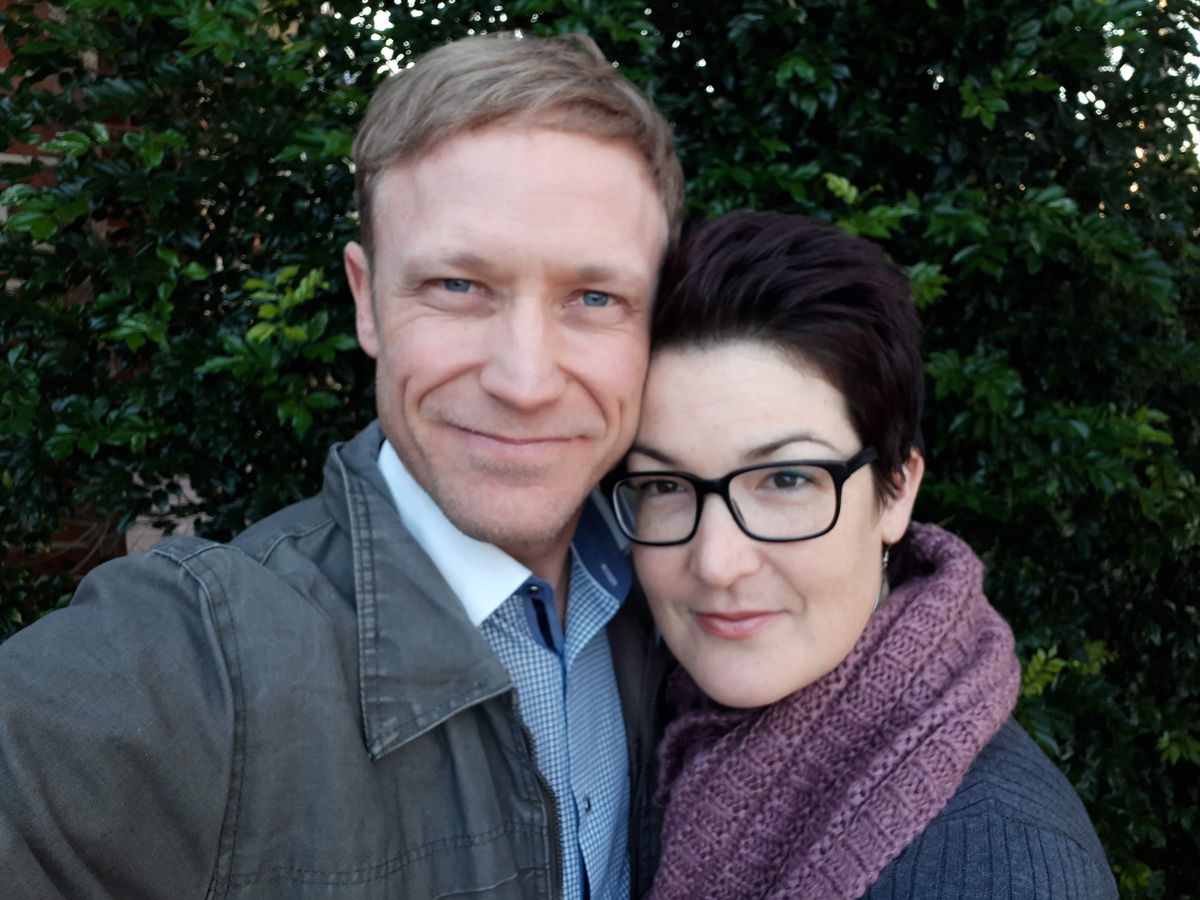 Zeke in particular is looking forward to using the app, his parents say 'devices' are a great way to keep him engaged. (Supplied)

But they knew something wasn’t quite right.

As the boys grew, and the Harveys experimented their way through parenting two children with very different needs.

When asked what it was like in those early years Mrs Harvey remarked; “You can tell, if I showed you photos of us dating to us now – the process has massively [physically] changed us.”

THE JOY OF A NEW SKILL

One of the developmental milestones the Harveys were adamant of giving to their boys was learning to swim, especially given the family’s proximity to the ocean at Gosford.

“I know many families, that have only been to one [swim school] and have been crushed by the ‘failure’ of an experience, that they’ve never continued,” said Mrs Harvey.

But the Harveys persisted, and have noticed an incredible difference since introducing Autism Swim’s philosophies into their lives.

“He was finally succeeding, and others were recognising his skill. They’d praise him and look forward to updates,” Mr Harvey said of his son Zeke’s joy at finding a teacher and a way of learning that worked for him. 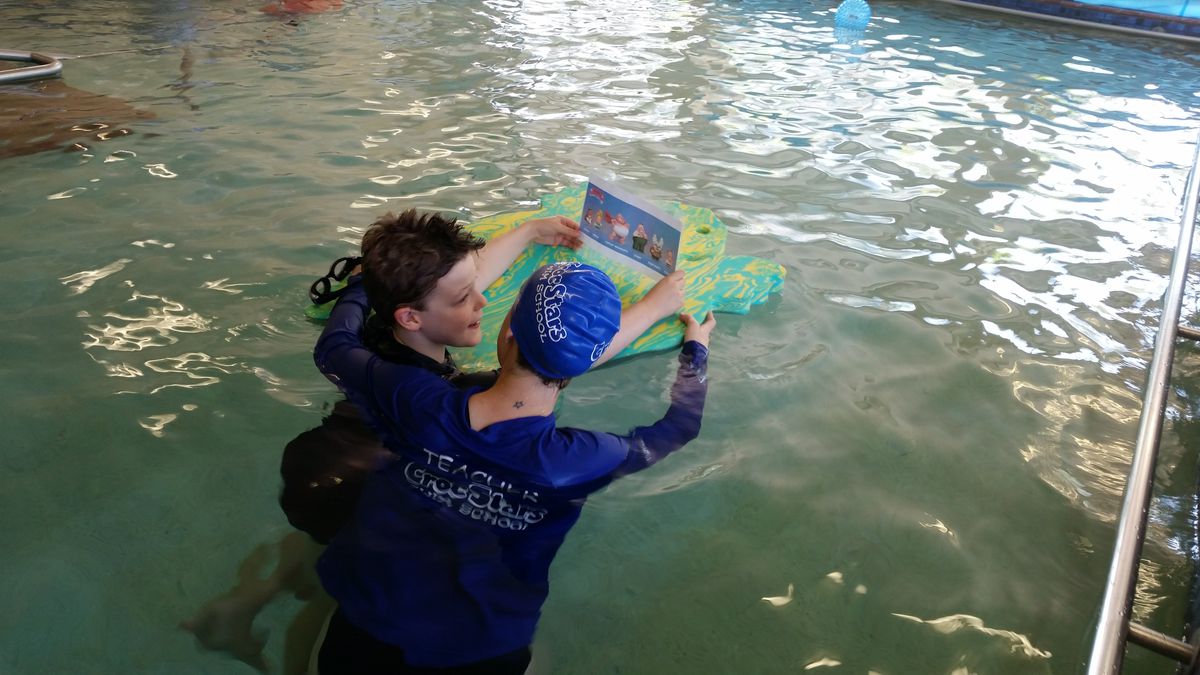 The Harveys contributed to the new app, and hope other families can benefit from it's specialised techniques. (Supplied)

“We know how the autistic brain retains information and acquires skills sets, so we start with safety, things like ‘don’t run and jump in’, basic things a neurotypical eight-year-old might instinctively know,” said Ms Gleeson, founder of Autism Swim.

Autism Swim’s new project is a world first, which will embody their philosophies in a way that’s attractive and palatable for children. A move away from their focus on parents and swim instructors.

“Many children with autism like spending time on devices - it can be in-line with their neuro patterning; so it’s a great way to tap into that through educational means, on a topic that is so incredibly important to this population group in particular,” said Ms Gleeson.

“If something is different, if the boy’s routine changes, even if the same instruction is given in a slightly different accent or volume, it’s hard. They don’t cope with variations. The app will regulate that,” said Mrs Harvey. 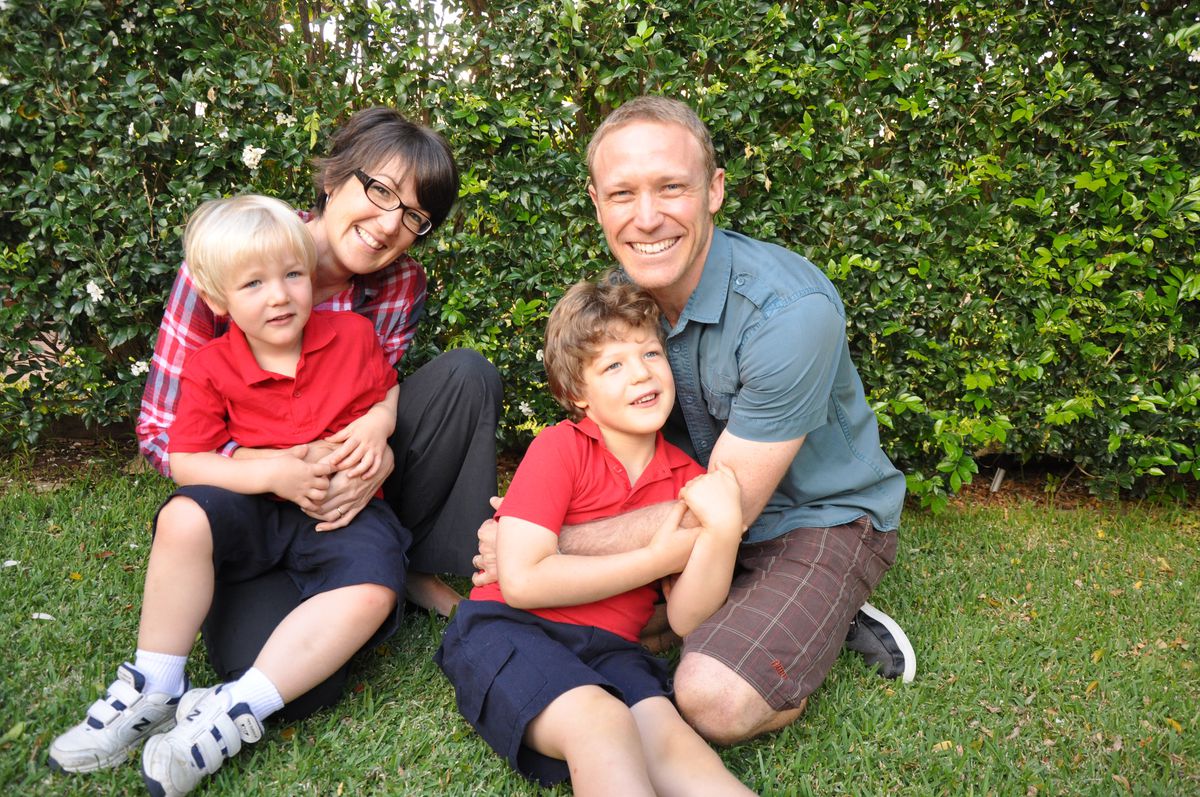 If all goes well with the app’s launch of the ‘pool’ scene which is the setting for the current prototype, Ms Gleeson hopes to roll out versions for all bodies of water including oceans/beaches, rivers and lakes/dams.