Children in this age group largely came into the NDIS as a result of being in existing programs “defined” in agreements between states and the federal government. These defined programs were automatically transferred to the NDIS without testing the eligibility of existing clients.

The Weekend Australian previously revealed the NDIA was working on a strategy to reduce the prevalence of participants with autism in the scheme. The agency accidentally published an “incorrect document” which sought to remove level-two ­autism from a list of conditions that grant a person direct and unchallenged access to the NDIS.

Last month, Social Services Minister Dan Tehan said no changes had been made to entry requirements, but couldn’t rule out further changes which, if they happened, would be informed by evidence and consultation. “Everyone with autism who is eligible for the scheme will be provided the help and support they need,” he said.

In the NDIS, participants typically have support plans reviewed once a year — sometimes longer for those with clearly permanent and unchanging disabilities — but agency planners are trying to review the support plans of children every six months. The reason given for this ­approach is that a child’s needs develop or reduce more quickly, depending on whether intervention or therapy work has had an impact.

Despite senior sources confirming “back-testing” was taking place, a spokeswoman denied this. “At scheduled ­review, the agency assesses an ­individual’s disability-specific ­requirements to ensure they continue to meet the early intervention requirements, they meet the disability requirements to enter the NDIS and they are receiving the appropriate level of NDIS support at any age,” she said. “As at 31 March 2018, 60 per cent of participants in the seven to 14-year-old age group who had a primary disability of autism were from state and commonwealth-defined programs.”

Currently, 29 per cent of all participants in the scheme have autism.

In its 2011 modelling, however, the Productivity Commission projected the total proportion would be 20 per cent.

“The current proportion of participants in each disability group is not reflective of the full scheme’s proportions,” the spokeswoman said.

The National Disability Insurance Agency (NDIA) has denied claims made in The Australian today that is it 'back testing' children with autism with the intent of removing their access to NDIS funding.

Journalist Rick Morton reported managers of the $22 billion National Disability Insurance Scheme (NDIS) were 'back testing' children with autism to "ensure they meet eligibility criteria" with the potential of "reviewing them out".

Morton cited "senior National Disability Insurance Agency sources" whom he said confirmed "22,000 autistic children aged seven to 14 are being functionally assessed" and those who fail to meet the criteria are having their support "partially or entirely removed".

The claims have alarmed parents of children with Autism Spectrum Disorder (ASD), many of whom are yet to receive any funding for their children.

A spokesperson for the NDIA told 9Honey the agency "does not 'back test' an individual's eligibility for the NDIS and is not targeting 22,000 participants, including children with autism, to remove them from the scheme."

They went on to explain the only time a child with autism may receive a change in funding would be at a scheduled review, during which they would be assessed based on early intervention requirements under section nine of the NDIS for those aged seven and under, disability requirements under the NDIS for those aged over seven, and the level of support deemed appropriate for a person of any age diagnosed with autism.

The spokesperson stated the current proportion of participants in each disability group is not reflective of the full scheme’s proportions.

"This is because the phasing schedules in some bilateral agreements are based on age groups and/or prioritise people in existing State/Territory disability systems," they explained.

This is despite numerous reports that the NDIS has been overwhelmed with applications for funding for sufferers of autism, and can't afford to provide funding for them all.

"The NDIS has come in under budget each year of its operation since 2013," the spokesperson told 9Honey. "The best estimate of the longer-term cost of a NDIS remains to be the original estimate of $22 billion a year in 2019/20 at full scheme.

"No changes have been made to the National Disability Insurance Scheme’s (NDIS) access requirements for autism and specifically to autism severity level 2, which appears on NDIA’s List A for meeting eligibility to the NDIS.

"Any person with autism who is eligible for the NDIS will continue to receive the reasonable and necessary supports they are assessed as needing.

"As recommended by the Productivity Commission’s Review of NDIS Costs, NDIA Lists used to assess eligibility for entry to the Scheme should be monitored to ensure they are working as intended."

The spokesperson explained a collaboration was established last year between the Cooperative Research Centre for Living with Autism (Autism CRC) and the NDIA to develop Australia's first national diagnostic guideline for autism.

"This is a critical step in ensuring a consistent and equitable access to autism diagnosis for children and adults. This will provide a more contemporary and evidenced based approach in identifying the support needs of individuals with autism and determining their eligibility for access to the NDIS."

They stated that in combination with a functional assessment, this will provide a more contemporary and evidenced-based approach in identifying the most effective supports for individuals with autism and in determining their eligibility for access to the NDIS.

"If any change was to be made, it would be based on evidence and research and only after consultation with the sector."

Families concerned about their child's existing or future funding can contact their case worker or the NDIS via their official website.

Editorial: the NDIA did change "the National Disability Insurance Scheme’s (NDIS) access requirements for autism and specifically to autism severity level 2" then withdrew the changes. NDIA officials confirmed to Senate Estimates that the NDIA is still considering making the changes. The Minister promised there would be no changes without consultation, then the agency made changes without consultation. The Minister and the NDIA cannot be trusted, they can only be judged by their actions - including their efforts to mislead the public as shown in the article above. 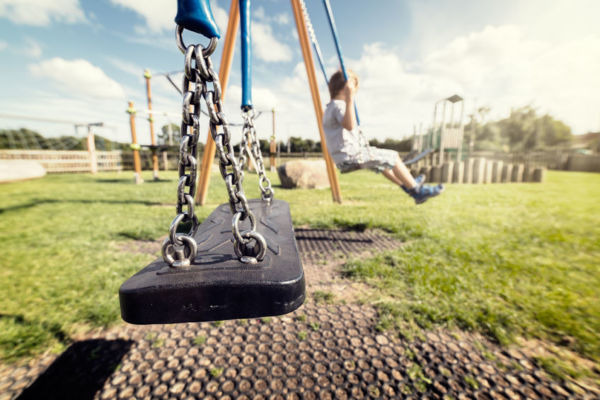 Families with autistic children are set to experience more hardship as the NDIS move to backtest children with the condition.

Children who have already been diagnosed as autistic and had their funding needs assessed will be tested again, with the process to be repeated twice a year.

Tim Stevenson is the father of two girls, nine-year-old Alexandra and seven-year-old Katherina, who both have low-functioning autism.

Tim tells Ben Fordham the proposed tests are bound to take a toll on families already under pressure.

“If you’re diagnosed as autistic, you’re autistic. It doesn’t change, you’ve got a diagnosis. To get that originally is a nightmare.

“It’s the stress of this now that’s the nightmare for us.

“Then we hear today that maybe we’ve got to do it every six months and you’re thinking, this is getting too hard. Life’s hard enough.”

Tim says his family is struggling to pay for the care his two precious daughters need, and they’re now hundreds of thousands of dollars in debt.

“I can’t think about it any other way than I can never pay for that myself. I’ve spent all my money now, I’m broke.

“We thought this was going to be the saviour of us and help our kids get to where they want to go.”

Tim is confident the government has grossly underestimated the numbers of autistic Australian kids, saying the numbers could be up to 10% higher than expected.