Prison is not an easy ride – not least for those with autism spectrum disorder (ASD).

We know from experience that some prisoners are more vulnerable to bullying and victimisation, more likely to be easily led and manipulated, and more vulnerable to sexual and physical abuse. They will likely have difficulty understanding and responding to other inmates’ facial expressions and body language – causing numerous problems such as understanding their place within the prisoner hierarchy.

But it is more than the immediate danger that is an issue. Prisons are noisy environments with banging doors, and other inmates talking and shouting. The enclosed nature and prisons’ structural design means these sounds reverberate and are amplified. Many with autism experience sensory hypersensitivity: rain on the window may sound like gun fire, and fingers on the scalp when washing hair may feel like razor blades. For them, the every day noise of a prison can be deafening.

Social communication difficulties can also be an issue, such as understanding the non-literal language of other inmates. For instance, an inmate saying to another that he was “going to rip his head off!” would cause an individual with autism to be surprised that this action had not actually been carried out.

Those with autism can also exhibit a rather rigid adherence to certain prison regimes. Some are obsessive about the cleaning and organising routines they follow in their cell. If a guard were to conduct an unannounced room search, for example, and move everything around, it could cause a lot of distress.

As of December 2016, the UK prison population stood at 84,069. Let’s say that 1 per cent of prisoners have ASDs – the same prevalence as in the general population – then there are at least 840 prisoners who are on the spectrum.

However, there are a number of studies which suggest that the prevalence of ASD is actually higher in the prison population than the general population, and that it is actually under-diagnosed in prisoners. Yet there is just one institution in the UK – Feltham, for young offenders – which has been awarded Autism accreditation and is therefore deemed to be “autism friendly”.

The aim of accreditation is to improve autism practice across all areas of prison life, with the long-term aim of tackling issues frequently experienced by prisoners with ASD, and ultimately reducing the risk of reoffending in this subgroup.

For more than two years, Feltham has worked with the National Autistic Society to improve the way offenders with ASD are supported across all of these areas. The prison has been praised for its efforts: in 2015, Prisons Minister Andrew Selous said that he was keen to promote the accreditation system across the prison estate following Feltham’s success. But still not all have achieved it. 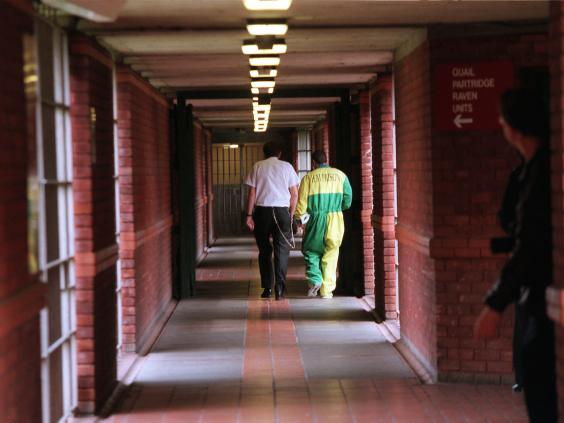 Clearly, prisoners with autism are not receiving the support they need, nor is the research being done to help them. Only one paper has explored knowledge and understanding of ASD by prison staff with all participants agreeing that many prisoners with ASD do not receive the care they require.

However, it’s not just prisons that are struggling with ASDs – the whole criminal justice process is.

The lack of awareness and recognition of autism can occur as early as police interviews and in court proceedings. ASDs including Asperger’s have been used to push for leniency in sentencing – to varying degrees of success – but even before that, during trial, the behaviour of a defendant with ASD can negatively affect judges and jurors’ perceptions.

The modest amount of research on judicial perceptions or decision making regarding defendants with ASD suggests that judges have limited understanding and familiarity with the disorder. Quite often they need expert advice from mental health professionals such as clinical psychologists, “not just to disabuse them of the potential for drawing wrong inferences, but to enable them to factor the symptoms of Asperger’s informedly into their instructions to juries and into their own decision-making”.

There has been some indication that jurors too may hold misconceptions and stigmatising beliefs about ASD, which can negatively impact their decision regarding a defendant with autism.

Say you saw a defendant in court with a bag draped over his head. Without knowing of his ASD, you as a juror may easily assume his behaviour was some kind of preclusion to guilt. One case in the US showed the difficulties of introducing diagnoses into trial in order to explain the situation to jurists.

This area desperately needs to be researched, so that any person with an ASD, whether rightly or wrongly accused, is treated fairly, and helped to cope with the situation ahead of them. We are now working with both prison staff and inmates to increase our understanding and boost the research in this area. Crucially, we want to help develop a toolkit for prison staff, aiming to increase the identification, recognition and understanding of ASD within the prison environment.

Every person on this planet should be entitled to fair and unbiased analysis within the criminal justice system, but those with autism need more help to ensure this actually happens.

Clare Allely, lecturer in psychology and Antonia Wood, both from University of Salford. This article first appeared on The Conversation (theconversation.com)