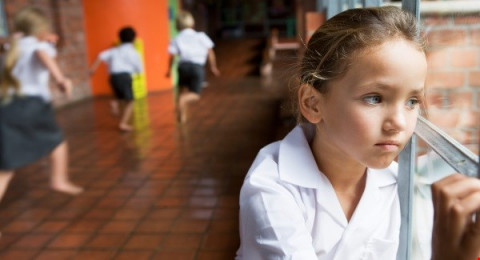 Editor: the word "threat" only appears in the headline — what is that about? An imminent report shows that just 2% of Australian clinicians may have ever over-diagnosed (knowingly misdiagnosed) autism on at least one occasion.

IT IS estimated globally that every year up to six children out of every 1,000 will be diagnosed as having autism spectrum disorder (ASD). Undoubtedly these figures seem to be on the rise but expert Professor Tony Attwood says some children are possibly being misdiagnosed.

Speaking ahead of a conference for special educational needs in Dublin on Tuesday 19 and Wednesday 20 of April, the clinical psychologist says while there are more recorded cases of ASD than ever before, some of these may not actually warrant this diagnosis.

“Without a doubt ASD and Asperger’s syndrome is on the rise and this in some part is down to the fact that parents are having children in their 30s as opposed to in their 20s when there would be a lower risk of babies being born with the condition,” he says. “Early detection has also contributed to the rise in numbers but there is no getting away from the fact that there are also plenty of false positives where a child is diagnosed without 100% certainty.

“Nowadays the definition of ‘normal’ has become much narrower and some children are labelled with multiple diagnoses to the point that it’s almost like collecting stamps.”

The Australia-based expert who has spent 40 years studying ASD also says spending too much time watching TV or looking at a screen is not beneficial and children should be encouraged to spend more time playing.

“Children with ASD or those who are displaying similar signs of the condition will not benefit from being in front of a screen because they are not reading faces or learning how to socialise and this is vital for all children, but particularly those with ASD,” he says. “Being engrossed in images on a computer or TV is effectively blocking thoughts and doesn’t allow children to develop conversational skills or learn how to play and interact with others. So I would encourage parents to keep screen time to a minimum and instead allow their children to play.

“Being with other children is a learning curve and when I was growing up, my generation had a lot more freedom than children today — being out and about roaming with other kids helped us to learn how to form friendships, deal with conflict, and develop social skills.

“Parents today have much higher levels of anxiety regarding their children’s freedom and are involved in every aspect of their child’s day which leads to children being less socially mature than they should be.”

While the professor says some children are diagnosed unnecessarily, there are certain traits which, if spotted, parents should seek advice.

“As I said before, some diagnoses are given too freely but there are signs which indicate the possibility of ASD and parents are usually the first to pick up on these,” he says.

Being told that your child has ASD or Asperger’s can be very daunting but Attwood, who has written several books on the subject, says it is important to be positive for both yourself and your child.

“I have studied children with ASD for over 40 years and have learned that the most important thing for a parent to do is to accept their child as they are,” he says.

“Building up their self-esteem is crucial as being different in any way can be so difficult for children, particularly as they reach their teens when adolescents can be so cruel to someone they perceive as not being ‘cool’.

“So making your child feel confident and secure in your unwavering love and support is crucial and will act as a buffer against negativity. It is also really important to remember that being diagnosed with ASD is not a tragedy, it’s merely a difference.”

And on that positive note, Professor Attwood says some of the children who are diagnosed with autism or Asperger’s when they are young may even grow out of the condition given intervention and time.

“I would say that between 10% and 25% of children diagnosed with ASD will not be classed as having the disorder as adults,” he says.

“This is down to early intervention and teaching these children self-esteem, how to read people, faces, and situations and making them feel secure and cared for in their lives.

“Those who ‘grow out of it’ will end up being perhaps a little eccentric but will be fully functioning, will have jobs, pay their taxes, have a partner, and live independently — they will probably need guidance from family members as they may be more vulnerable than most, but will be able to live full lives.”