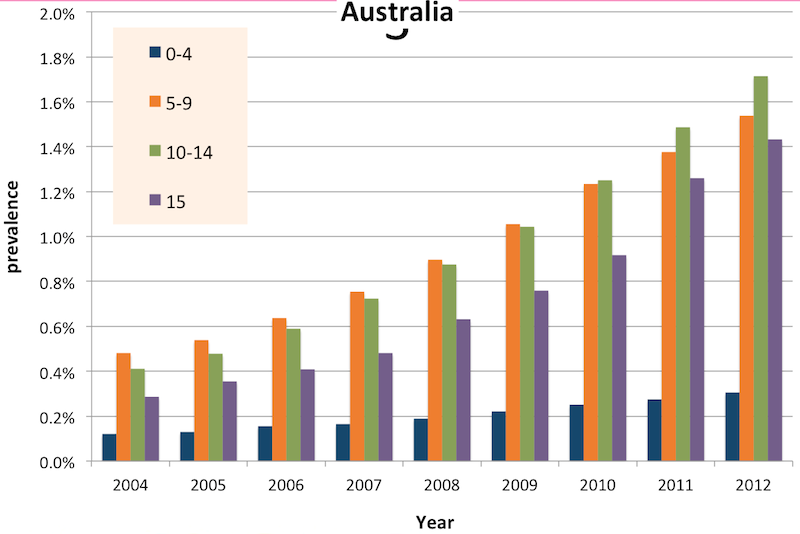 These data show clearly that:

You can download the presentation here - APAC 13 Presentation (6.43Mb PDF). Other presentations and publications about autism/ASD prevalence in Australia can be found at:

** A4 is concerned that, despite being a substantial component of those eligible to benefit from the NDIS, people affected by severe and profound disability due to autism/ASD (including both people with ASD and their family carers many of whom spend the vast majority of their lives dominated by autism) have been excluded from discussion and development of DCA's NDIS scheme. Since coming to office in 2007, the Minister for Disability, the Hon. Jenny Macklin MP, has refused repeatedly to support a peak body for (or including) people whose lives are severely or profoundly affected by autism/ASD ... and none of the existing peak bodies for disability represents this group ... thereby effectively excluding and denying a voice to people who are severely of profoundly affected by autism.