At the Crossroads of Trauma and Autism

Why we need to start talking about the risk of trauma for those with autism.

It is a sad truth that the majority of the early research into autism spectrum disorder (ASD) was done with young children, most of whom were boys. It is hard to find research into the lives of adults with autism before 2000 and virtually impossible to find research on adult women with autism. As an autistic woman, it is frustrating for me to know that the quality of life of adults with autism was ignored for decades. This has led to several massive problems that are only now coming to light. One of these problems is the extraordinarily high number of women with autism that have been through serious trauma and meet diagnostic criteria for posttraumatic stress disorder (PTSD).

A brief dive into the research associated with this trend showed me that there wasn’t that much research on this subject. A study by Reuben, Stanzione, and Singleton (2021) showed that out of 687 adults with autism, 72 percent had experienced sexual assault, other unwanted sexual experiences, or physical assault, and 45 percent of the sample had PTSD. It also showed that cisgender women with autism were significantly more likely to meet the criteria for PTSD.

Haruvi-Lamdan et al. (2020) noted that people with ASD show an increased risk of experiencing potentially traumatic events, but this co-occurrence has "hardly been studied at all." In their sample, they showed that adults with autism were 32 percent more likely to have PTSD than the general population.

Small Study of Those Assigned Female at Birth

Of course, neither of these studies particularly looked at those who were assigned female at birth. In the fall of 2021, my private practice, Tree of Life Behavioral Health, did a small study to look at this phenomenon. Initial participants were drawn from the Facebook Group: Neurodiverse Women. Free autism testing was offered as compensation for participation in the study. Our sample size was small, and only 12 women and individuals assigned female at birth participated in the study. The study consisted of several phases and went on over the course of five months. As our resources were limited, we did not have a large enough sample size to make any statistically significant conclusions based on our results. We also lacked control groups from the non-ASD population and the male autistic population. However, the results are notable enough to discuss and to show that further research is necessary.

In our sample, 91.6 percent of women with autism had histories of physical and emotional abuse, rape, incest, or trauma. All but one of them had PTSD. At this point, I have to ask, why aren’t we talking about this more? Why don't people know about this problem? With all the autism awareness days and months and campaigns, why aren't we aware of this? 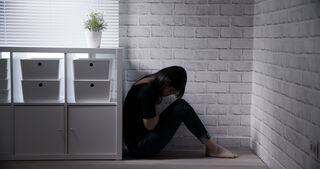 How to Move Forward

I know that the correlative data I have lack the strength to make any causative conclusions, but it does seem like we can at least say that these are data we should know about and be talking about. We should be talking about the data from all of the studies that show PTSD rates are ridiculously high in people with autism. There are questions we should be asking about these data. We should be asking if early diagnosis of autism might help decrease these trauma numbers. We should be asking if there are better treatments for our children with autism and if we could design treatments that would focus less on teaching our children with autism to cover their autistic behaviors and focus more on teaching them to be safe and happy.

Leedham, Alexandra, Thompson, Andrew, R. Smith, Richard, & Freeth, Megan. (2019). 'I was exhausted trying to figure it out': The experiences of females receiving an autism diagnosis in middle to late adulthood. Autism.