Daniel Stanley is a carer for his wife and two daughters but has spent most of his days for the past five years learning to navigate the National Disability Insurance Scheme (NDIS).

The biggest hurdle is where they live: Allora on Queensland's Southern Downs.

"Talking to different people, a lot of people to chase up all the time, it takes a big toll on my mental health and sometimes I do get cranky because you expect this stuff to get done," he said.

Mr Stanley was not surprised to hear that, on average in his region, participants of the NDIS use just 48 per cent of their funding allocation in their first plan.

That's below the state average of 50 per cent, according to the latest NDIS quarterly report.

"It has been a problem, and the reason we don't usually get [to use] the full funding is because my partner and kids live in a regional area and it's pretty restrictive," Mr Stanley said.

"It could cost the service provider $1,200 to get out here weekly." Somone and Daniel Stanley and their daughters Zara and Ruby use the NDIS.(ABC Southern Queensland: Georgie Hewson)

For his wife Somone, who has an intellectual disability and foetal alcohol syndrome, and daughters with ADHD and autism spectrum disorder (ASD), it means their goals set out in their plans are not being fully realised.

Mr Stanley said there would be more choice and services if his family lived in a bigger centre, like Warwick or Toowoomba.

But moving was not an option.

"My family just live around the corner, so they're a support network for me and I don't want to leave because I'd need to get a new support network," he said.

Mark Brennan has experienced the NDIS both as a participant for his mental health needs and as a support worker with his business.

He agreed location was the main factor in the success of accessing funds for participants.

"Once people have plans, a lot of them don't know how to actually use them and find providers and the services they need," he said.

"Across Australia, about 30 per cent of people have under-utilised plans. In Toowoomba, that's $30,000 they've been given for support they need that they aren't spending.

"There could be one provider or not at all, there's not much choice and control and I really don't know the answer to that problem."

As a business owner, however, Mr Brennan said he understood the limitations.

"When you take on clients out of town, you have to work out if it's financially viable or not," he said.

"Let's say you go to Roma, two hours each way … you can't really justify charging them ethically six hours for a two-hour shift based on how much of their funds it would eat up."

And without a support coordinator, he said it was even harder to use the funds.

"The people who would benefit the most from having an NDIS plan to achieve their goals are probably less likely to be able to navigate the system," he said.

A spokesperson from the National Disability Insurance Agency (NDIA) told the ABC the data was comparable to other service districts in Queensland and across Australia.

"It is important to note that utilisation rates increase the longer a participant is in the scheme," they said.

"The utilisation rate for Toowoomba-based participants on subsequent plans – for example, their second plan or later – is 73 per cent. Again, this figure is comparable and in fact higher than many regions across Australia." Aged and Disability Advocacy Network Australia CEO Geoff Rowe said, for those on their first plan, under-utilisation of funding was a state-wide issue.

"It's anywhere outside the south-east corner," he said.

"The delivery of services under the NDIS has become a business opportunity more than ever before, so providers are targeting places where it's easy to get customers.

"In thin markets like the Darling Downs and the regions, there's not much money to be made … the demand for services has grown exponentially as more people sign up to the scheme and the market has also just not kept up."

In Rockhampton, recipients are using on average 40 per cent of funding and in Townsville it's 47 per cent.

The NDIA said it was aware that accessing services could be a challenge for some participants, particularly those living in regional or remote areas. 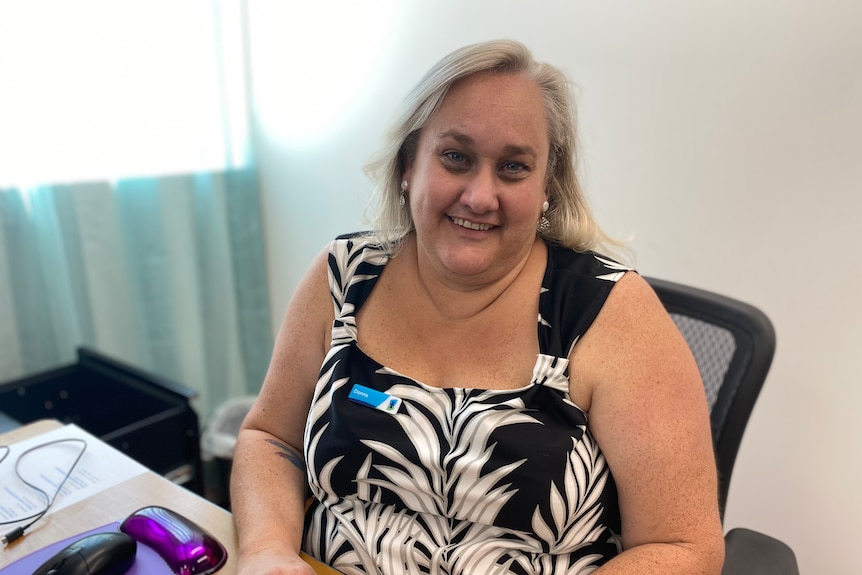 Support coordination provider Community Solutions, a subsidiary of the Endeavour Foundation, is hoping to change that, opening a new office to address the local demand.

Support coordinator Donna Conroy worked with clients to find a way around the tyranny of distance.

"We do a lot of leg work and research, so there are quite a lot of people supplying support, but they may not be NDIS registered, so people can choose in their plan to have a provider who isn't registered in the NDIS," she said.

"Sometimes we might be able to find someone in their region who is starting up or might be willing to travel."