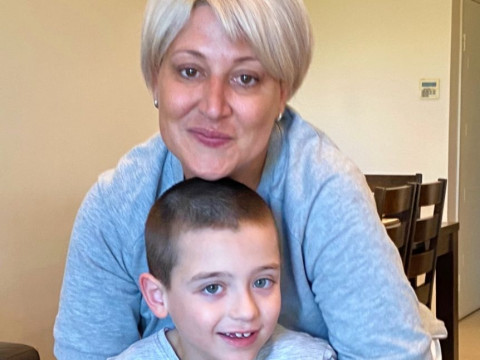 An autism awareness advocate is calling on schools across the country to ensure they properly treat children with a disability, after revelations a Sydney school is under investigation for installing locks on rooms for students who misbehave.

The New South Wales Department of Education is investigating a Penshurst West Public School, in Sydney's south, after concerned parents discovered locks were installed on a small "sensory room".

Katerina Ferekos, whose seven-year-old son Yianni is enrolled at the school, raised concerns with the principal earlier this year.

"I'm not ashamed to have a child with ASD [Autism Spectrum Disorder]," she said.

"We were told it's impossible to have locks on the room … and I said, 'well, they're there,' and that's when an investigation started."

A lock can be seen on a door at the school.(Facebook)

Another parent later noticed a picture of a bolt on the room door, in the background of another photo which was uploaded to social media.

Ms Ferekos said she was left shocked after receiving a notice from the principal banning her from school grounds after a confrontation earlier on the same day she raised her concerns.

"Two officers were out the front [of my house] and said, 'We're delivering a letter to you on behalf of the school'," she said.

"Especially in front of my child — the eldest one and who can understand — it made me very distraught.

"Advocating and having a voice for your child is not a crime and I will not stop until my last breath."

Investigators are also assessing a claim that a therapist had to search for keys to be able to reach Yianni Ferekos inside the room on a separate occasion.

In October, after Ms Ferekos raised her concerns, a newsletter was issued to parents informing them that the room was being expanded and the locks were to be removed.

The school's principal has since been stood aside and another teacher placed on separate duties, pending the full investigation.

The principal of the school has been stood aside while an investigation takes place.(ABC News: Josh Bavas)

Deputy Secretary of NSW Department of Education, Murat Dizdar said a new leadership team had been brought into the school while the investigation was underway.

"These serious allegations point to the fact the departmental policy and procedures appear to have not been followed and we need to allow that thorough investigation to take place."

Mr Dizdar said the department would apologise to the family for the way they were treated.

"When we became aware of that, our view is that that has again breached departmental policy and procedure in this particular instance.

The Education department will apologise to Katerina and Bill Ferekos.(ABC News: Josh Bavas)

He said the department had rescinded that warning letter as it was "not appropriate in this case".

"We do apologise to the family concerned, it should not have been issued.

"NSW Police were simply doing their work but the department takes full responsibility for the actions in this case."

Ms Rogerson said the case sent a "terrible message" to other kids in the class about how children with a disability should be treated and should be highlighted as a warning for other schools.

"There are so many techniques that could have been used to make this situation better," she said.

"Sadly, this story isn't rare at all.

"It's really important to understand, this isn't just an isolated case, these cases happen all across the country."

"There's a lot of research to support it, we know how to do it, it just doesn't mean it's being rolled out at the school level."

She said parents often did not know how to raise concerns if they believed their children were being mistreated.

"Often times a parent wants their child to go to the local school and, depending on how they're managed, that parent often feels like their child isn't welcome, they're not wanted there in that school.

"It makes it very difficult for the parent and principal relationship to be even if the family feels that their child is being mistreated."