Around 1% of the population has an autism spectrum disorder, with estimates ranging from one in 150 to one in 70.

While people differ in the range and severity of their symptoms, common features include difficulties with communication and social interaction, restrictive and repetitive behaviours and interests, and sensory sensitivities.

According to the 2017 Autism in Australia report, autism is most prevalent among children aged five to 14, with 83% of Australians with an autism diagnosis aged under 25.

But while children are more likely to have a diagnosis of autism than adults, this doesn’t mean children “grow out” of autism.

Why are rates higher among children?

There are a number of reasons why the prevalence of autism is higher among school-aged children than adults, starting with the measurement.

Diagnostic techniques and awareness of autism have improved dramatically in recent times. Many autistic adults would not have been given a formal diagnosis, but rather misdiagnosed or just seen as “weird”.

Read more: Do more children have autism now than before?

These days, there are clear benefits of having and reporting a diagnosis for school-aged children; including access to funding and educational support. This means parents who suspect their child has autism may seek out a diagnosis when in previous generations they would not.

There are far fewer benefits to having and reporting a diagnosis for adults, and many more barriers, including stigma and discrimination.

Some children lose their diagnosis

Autism is a lifelong condition. However, a small number of studies suggest a minority of children may “lose” their autism diagnosis.

A 2011 analysis of American national survey data found 13% of children diagnosed with autism (187 of the 1,576 whose parents responded to the question) had “lost” their diagnosis.

The most common reason was “new information”, such as being diagnosed with another developmental, learning, emotional, or mental health condition.

Only 21% of the 187 parents reported their child had lost their diagnosis due to treatment or maturation; and only 4% (eight children) had a doctor or other professional confirm the child did not have ASD and did not have any other developmental, learning, emotional, or mental health condition.

A recent study in the Journal of Child Neurology examined the records of 569 children diagnosed with autism between 2003 and 2013. It found 7% (38 of the 569) no longer met the diagnostic criteria.

However, most were diagnosed with another behaviour disorder (such as attention-deficit hyperactivity disorder) or a mental health condition (such as anxiety disorder).

Just three children out of 569 did not “warrant” any alternative diagnosis. 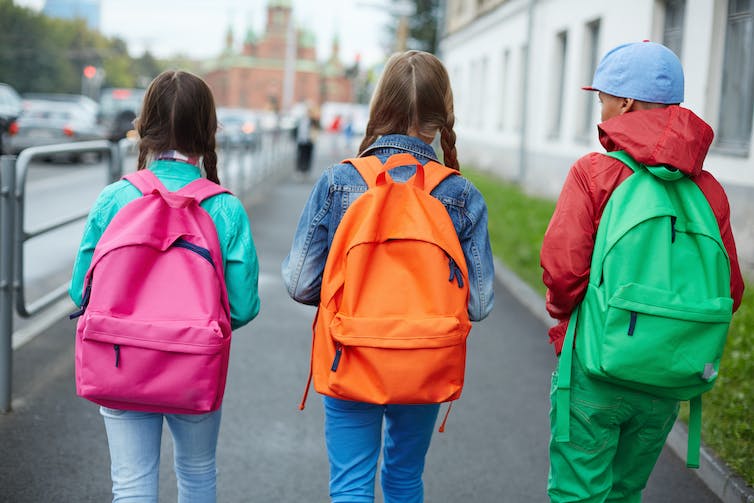 Many autistic children learn to mask their symptoms and act like their neurotypical peers. Pressmaster/Shutterstock

The few studies that report on children who no longer met the criteria for a diagnosis of either autism or another condition are typically small-scale observational studies.

In 2014, for example, US psychiatry researchers studied 34 people aged eight to 21 years who were diagnosed with autism before the age of five but no longer met the criteria for a diagnosis. This was defined as the “optimal outcome”.

The researchers found the “optimal outcome” group did not differ from “typically developing” children on socialisation, communication, most language sub-scales and only three had below-average scores on face recognition.

So, a very very small number of children lose their diagnosis and appear to function normally. But these small-scale studies don’t have the capacity to differentiate between “growing out of” and “learning to mask” autism-related behaviours.

The diagnostic and statistical manual (DSM-5) used to classify mental health disorders states symptoms of autism start early and continue throughout life, though adults may be able to “mask” their symptoms – at least in some situations.

One of the unexpected findings of the 2014 study of people who lost their autism diagnosis is they tended to have high IQs. The researchers suggest high levels of cognition allowed this group of autistic people to identify and compensate for their social differences.

Many autistic people learn to mask their behaviours and thought patterns from a young age; and this is particularly common with girls. They learn that to fit in and be accepted by their peers they need to act and speak like neurotypical people.

Masking is physically and emotionally draining, and leads to a range of negative outcomes such as exhaustion, burnout, anxiety, and depression – as well as negative self-perception and low self-esteem.

Why are these myths so harmful?

Many parents struggle with their child’s diagnosis of autism, as they face the realisation their child’s life may be very different from the one they imagined.

The myth that children can grow out of autism – if their parents do a good enough job of educating or changing them – is harmful for the whole family.

It can prevent parents from seeing and accepting their child as the wonderful human being they are and recognising their strengths.

Sadly, it can also lead to a lifetime of the autistic person perceiving themselves to be a failed neurotypical person rather than a successful autistic person. 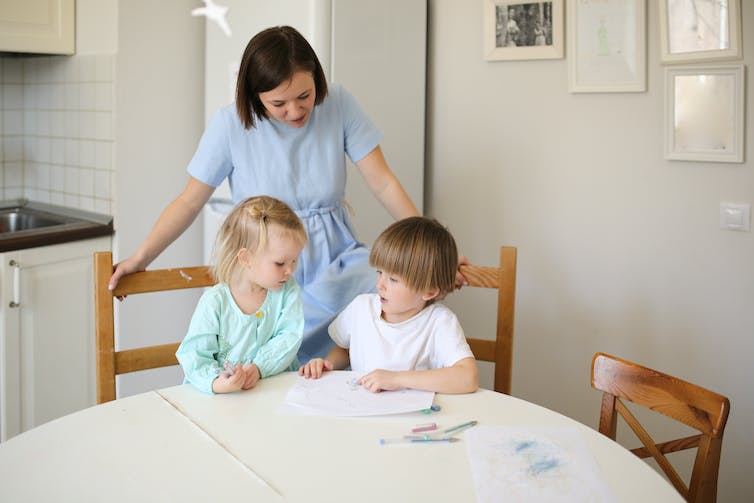 Parents of children newly diagnosed with autism have to adjust to the idea their child’s life may be different from what they imagined. Natalia Lebedinskaia/Shutterstock

Australia, like many countries, has made great strides in the provision of educational supports for these students in primary and secondary school. Then we stop.

Of those who complete secondary school, only 19% receive a post-school qualification. This compares with 59% of those with any form of disability and 68% of those without a disability.

Read more: Expecting autistic people to 'fit in' is cruel and unproductive; value us for our strengths

Autistic children don’t grow into neurotypical adults, they grow into autistic adults who are under-serviced, isolated and stigmatised.

Until our employers, educational institutions, governments and communities fully understand this, we will continue to fail to provide them with appropriate educational and employment opportunities.

So, will your child grow out of their autism? Probably not, but with the right support, encouragement and understanding they might grow into it.

In particular, it opens with the popular but misleading statement that about 1% of people are autistic ... when the data sources cited show massive variation from 2.8% of children to under 0.2% of older adults.

Properly diagnosed autism spectrum disorder (according to the DSM-5) requires that to get a diagnosis a person needs support in two areas (parts A & B of their diagnosis). Currently, an ASD diagnosis is based on behaviour, not on some unknown neurologic features.

A person who does not need support or who learns to function effectively without support does not qualify for an ASD diagnosis. However, many of them keep their "autism" label. Very few have their diagnosis reviewed ... many strongly resist reassessment.

Most autistic people learn a repertoire of functional behaviours as they get older. Their functional behaviour need not be typical for them to function effectively and with reduced or without support. They often learn atypical communication methods that are more or even fully functional for them. Those who learn skills that let them function independently in the community no longer meet the diagnostic criteria for ASD (as defined in a manual of mental disorders) but for some reason they often keep their "autistic" label. A substantial number experience other forms of mental illness possibly associated with their atypical life strategies or neurodivergence; they may do better if they lose their "autistic" label and their other mental disorders are better recognised and treated appropriately.

The course of ASD in adults is poorly understood. There is insufficient research and evidence ... this article may be stretching US research to achieve its conclusions.