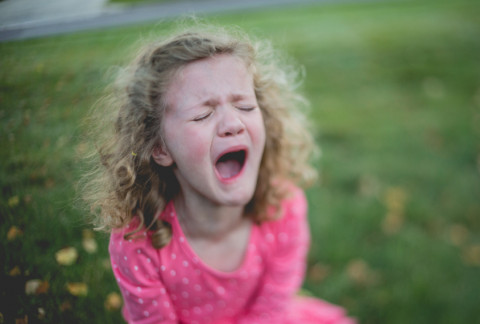 Temper tantrums up odds of autism diagnosis in girls

Girls who show severe emotional or behavioral problems are more likely to be diagnosed with autism than those who do not, suggests a new study1.

The findings may help to explain why some girls with autism go undiagnosed or are diagnosed later than boys.

Girls in the study were just as likely as boys to show certain autism features, such as poor awareness of social cues. But “having these traits is not necessarily enough for a diagnosis,” says senior investigator Kirstin Greaves-Lord, head of the Autism Research Collaboration at Erasmus MC-Sophia Children’s Hospital and Yulius Mental Health in the Netherlands.

Girls may also need to show emotional or behavioral problems as a prerequisite for diagnosis, Greaves-Lord says. The work was published 9 December in Autism.

“It suggests that if you’re a girl and you want to get a diagnosis, you’d better be disruptive,” says Kevin Pelphrey, director of the Autism and Neurodevelopmental Disorders Institute at George Washington University in Washington, D.C., who was not involved in the study.

Greaves-Lord and her colleagues set out to identify behaviors that affect a child’s likelihood of receiving an autism diagnosis. They assessed autism features in 167 boys and 64 girls, ranging in age from 2 to 12 years. The children were referred to six participating clinics for emotional, behavioral or developmental problems.

As part of a larger study, the researchers had already used questionnaires completed by parents and teachers to probe the presence and severity of autism features. For the new research, they used comprehensive diagnostic tests.

They found that 106 boys and 24 girls met the criteria for autism described in the fourth edition of the “Diagnostic and Statistical Manual of Mental Disorders.” Although the questionnaires flagged social problems in similar proportions of boys and girls, 63 percent of the boys met the criteria for autism compared with just 38 percent of the girls.

Restricted interests and repetitive behaviors are more predictive of an autism diagnosis in boys than in girls, the researchers found. This finding may reflect differences in how these behaviors manifest. For example, restricted interests in dolls or specific activities may look more like typical girls’ play than the kinds of interests seen in boys with the condition.

Emotional and behavioral problems tend to be more predictive of an autism diagnosis in girls than in boys. That means girls are more likely to be identified as having autism when they have tantrums or act out. This finding meshes with the idea that girls with autism who internalize their challenges often fly under the radar of diagnostic tests.

The researchers found no difference in how well sensory sensitivities, IQ or severity of autism features predict an autism diagnosis in girls versus boys.

In fact, they found that difficulty processing sensory experiences is a good indicator that a girl will meet the criteria for autism.

“I don’t think anyone’s ever seen that before and it’s fascinating,” Pelphrey says.

Adding a sensory assessment to the diagnostic workup for autism may help researchers identify girls with the condition, Pelphrey says.

It is unclear whether the findings generalize beyond the children in the study, all of whom were referred for clinical evaluations. Greaves-Lord also recommends that future studies incorporate open-ended interviews rather than questionnaires, to help researchers learn more about girls with autism.