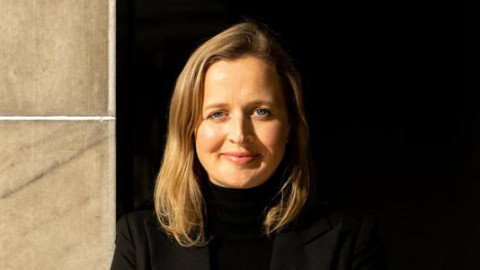 South Australia's autism community will get its own state government minister in a national first and a decision hailed as a major step towards greater inclusion.

Emily Bourke has been appointed assistant minister for autism in a bid to ensure people with the neurological condition are better represented.

Premier Peter Malinauskas says he has heard from many South Australians that the time has come for a dedicated effort from government to make autism a priority.

"That is why we have created this new role," he said on Monday.

"We have made major commitments with the aim of implementing a whole-of-government autism inclusion strategy, starting with our schools."

As well as the new minister, the premier said the government would deliver on its election commitments to invest $28.8 million for an autism lead teacher in every public primary school and an increase the number of autism-qualified staff in preschools.

The Malinauskas Government has appointed an inaugural “Assistant Minister for Autism” and flagged the creation of a new advisory body to guide government policies affecting the autism community.

Bourke, a first-term MLC who already holds the role of Assistant Minister to the Premier, will be responsible for delivering Labor’s autism election commitments in conjunction with the ministers for education and human services. ADVERTISING

The state government said the appointment is a national first.

Bourke will also be tasked with establishing an “Autism Education Advisory Group” comprised of people with autism, parents with lived experience, unions, experts and community stakeholders.

Premier Peter Malinauskas said he “could not be happier that Emily Bourke has taken this role”.

“I have heard from many South Australians that the time has come for a dedicated effort from Government to make autism a priority,” he said in a statement.

“That is why we have created this new role.

“We have made major commitments with the aim of implementing a whole-of-government autism inclusion strategy, starting with our schools.

“Emily will be a dedicated Assistant Minister for Autism and a strong advocate for the Autism community.”

Labor’s election commitments on autism include spending $4m this financial year to appoint an autism lead teacher in every public primary school.

It also includes a commitment to develop a “State Autism Strategy” to operate alongside the State Disability Plan.

Bourke said she does not have lived experience with autism, which is why the autism advisory body is being established.

“I am a mother of three, so I know that every parent and caregiver wants their child to reach their individual potential,” she said in a statement.

“But I do not have lived experience with Autism. That’s why I will establish the Autism Education Advisory Group and work with the Autism community to consult, to reform, and to make change.”