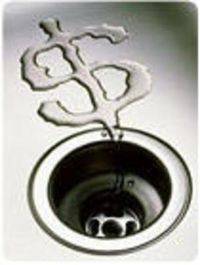 Families of children with autism are facing tens of thousands of dollars in costs and lost income, a Western Australian researcher has found.

The study — thought to be the first of its kind in WA — set out to measure whether a delayed diagnosis increased long-term costs for families.

But the paper, published in this month's edition of journal PLOS ONE, also established the median cost of a child being diagnosed with autism as $34,900 per annum.

Curtin professor and joint author Torbjorn Falkmer said the findings, drawn from the responses of 317 Western Australian families, had huge implications for parents.

"The majority of that cost, 90 per cent of it ... is because of the lack of the chance to have employment because parents have to stay home and take care of the children with autism, because they don't get the support they need," Dr Falkmer said.

"I think the system we have right now is showing us that parents are being forced to stay home, because they can't take a job because someone's got to take care of the kids.

"This just goes to show, that if we had proper child care and of course early diagnosis as well ... the parents would be able to work."

He said the impact was not limited to families who were disadvantaged by the economic loss, but also wider society.

"Autism cuts across every socio-economic demographic from highest to lowest," he said.

"We are just losing out on people who can actually work."

Tanya Harding's daughter Tara, now 11, was diagnosed with autism when she was six.

Ms Harding said she had scaled back her hours and only did temporary work because she needed the flexibility.

"Work-wise, it does put a lot of pressure on," she said.

"The amount of time I have to take off because there's appointments, and trying to get the hours of work in, trying to keep a constant security at work because you never know what's going to happen."

She said the costs of therapy for children with autism were high, while daycare centres that understood their needs were difficult to find.

The kids on the spectrum, they see and they hear and they know absolutely every single thing that's going on around them.

"Since [Tara] started school, ... that has been one of my biggest problems," Ms Harding said.

"In social situations, which first of all is their biggest trigger, ... it's difficult for them to understand.

Children with autism can react to stimulus that would not affect other "neuro-typical" kids, she said.

"The kids on the spectrum, they see and they hear and they know absolutely every single thing that's going on around them.

"Where a neuro-typical child would be able to sit and focus on their work, and probably wouldn't even notice what's going on around them.

"But these kids are focusing on what they are trying to do plus trying to process everything going on around them, [like] the bus going past on the road on the other side of the school."

The coordinator of a support group for parents of children with autism said she thought the $35,000 per annum cost may be an underestimate for many families.

"My business was thriving, I had to close it down; so I lost my career and income significantly higher than that amount," the mother, who asked not to be named, said.

Our kids are supposed to have 20 to 40 hours of therapy a week, which is just impossible to afford or to manage practically speaking.

She said a Centrelink carer's allowance of $115 a fortnight did not begin to meet costs.

"That doesn't even cover one session a week of occupational therapy or psychology for our child," she said.

"Our kids are supposed to have at least 20 hours of therapy a week when they are small, which is just impossible to afford or to manage, practically speaking."

She also pointed out that the emotional and psychological costs of the diagnosis impacted on families well beyond finances.

"We've lost friendships, we've lost the ability to visit friends and invite friends over," she said.

"There's been a huge amount of strain on our family because of our daughter's lack of flexibility, controlling behaviour caused by anxiety and hyper-sensitivity to all sensory input.

"We've been really isolated at the schools that she's been to and just in the community in general because of those sorts of things, as well as her lack of social awareness."

But she said the solution may not be as simple as more child support or extra government money.

"There's problems in the medical system with long diagnostic wait lists, the welfare system with restrictive eligibility criteria and the child care system as well, and then on top of all that you have to deal with the impact on the child's, parents' and siblings' mental health," she said.

"It's not just as simple as ask the Government to give us more money or child care places and we'll just pop them in there and we'll go happily back to our career.

"It's certainly not that simple because its a 24 hour a day job being a parent of an autistic child."