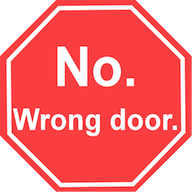 The article below shows Victoria's Disability Services Minister, Mary Woolridge, will believe anything bureaucrats tell her but believes very little to do with realities of people with autism spectrum disorder.

Apparently, she is oblivious to her own NDIS schedule ... since she looks to the NDIS and ignores that her disability services outside the NDIS trial site are stagnant or in decline. Besides, people outside the NDIS trial sites still have years to wait for access to NDIS funced services and supports. Then there is the issue that the NDIS does not fund respite ... so the Minister's proposed solution for these people is misguided and uninformed. The value of such a Minister is extremely dubious.

Services and support for people with autism spectrum disorder are especially poor because officials have very poor understandings of autism spectrum disorder. This story shows that senior health officials in Australia have no understanding of the clinical services the people with autism need to treat their chronic behaviours that are left untreated (even refused treatment) for years. They simply do not understand that respite is not treatment. It beggars belief that Victoria's senior health officials regard respite as the best treatment and rehabilitation for chronic behavioural challenges ... as the article below shows.

It is hard to believe that neither the hospital nor the union asked about respite. If they couldn't find a respite place, then the family had no chance. And DHS's "no wrong door" glib tag clearly failed on this occasion. The Minister is cruelly portraying this devastated family as naive nuisances. Shame Minister, shame!

Disabled children are being left at Victorian hospitals and placed in beds for the mentally ill.

The Health and Community Services Union has blamed the situation on a lack of state government services for disabled children.

Staff at the Royal Children's Hospital notified the union late last month of an autistic child  who was aggressive and transferred to the hospital's inpatient unit for mentally unwell adolescents, despite having no mental illness.

They said his parents arrived at the hospital wanting respite accommodation from the Department of Human Services and spent 30 hours in the emergency department, refusing to leave until they received help.

The union's assistant state secretary Paul Healey said the child's admission to the hospital was inappropriate and resulted in another patient being transferred to a  less secure ward and a series of assaults on staff.

"There are some respite houses in the community for adolescents but obviously not enough. This has ended up being a traumatic experience for the staff, the family and the child."

Mr Healey said a growing number of frustrated parents arrived at hospitals and demanded that their disabled children were admitted to a bed.

"They are at their wits end from caring for their kids for 24 hours a day and fed up with the lack of support."

A hospital source said: "The parents want a bit of respite, but we are a mental health service, we aren't a disability service. This child was put in a locked ward, but there were no mental health issues."

The source said about two children with disabilities were relinquished to the hospital every year.

Disability Services Minister Mary Wooldridge said she had been advised that respite care would have been made available to the family had it been requested.

Ms Wooldridge said the government had expanded respite care, including the establishment of new facilities, and the state’s investment in the National Disability Insurance Scheme would ‘‘further expand respite and support options for people with a disability and their families’’.

A Royal Children's Hospital spokeswoman said it was not able to discuss individual patients and their treatment.

"We work with many complex-care children and young people, who often have a number of medical conditions and therefore require sensitive management. In caring for these patients, we work in collaboration with their families and the Department of Human Services."

In 2012 the Victorian Equal Opportunity and Human Rights Commission published research that found about 50 families relinquish their disabled children into state care every year.

"That mental health beds - which face demand pressures of their own - are increasingly being used to house children with a disability shows how bad the situation has become."

Public Advocate Colleen Pearce said while she was not across the details of the case, it was inappropriate for a person with a disability to be accommodated in a mental health facility if they did not have a diagnosed mental illness.

"This may breach the person's human rights as it is a more restrictive environment than emergency respite care, which is a more appropriate option."