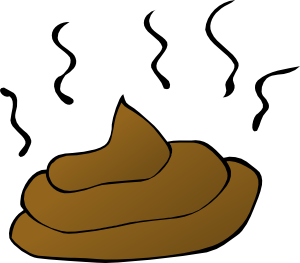 Sadly, this review was conceived and conducted in a rush. The final report wasn't even properly proof-read. It is not well thought out. For example, it suggests the NDIS implementation is analogous to

‘Building the plane while flying’

The Agency is like a plane that took off before it had been fully built and is being completed while it is in the air. This is not uncommon for new government programs. What is less usual is that the Agency itself is a start-up and has less scale and capability to do the in-air build and redesign as well as to prepare for the next phases.

This is a crap analogy. The report says the NDIA has "a challenging role, with a very, very difficult timetable". The NDIS has no resemblance to building a plane. If the NDIS grinds to a halt, it will not fall out of the sky. Instead, people with a disability will still be alive; they will still need services and support. For many of them, their families (especially their mums and sisters) will still be there as the safety net. The NDIS properly has progressive deployment, not a "take-off". A far better analogy might be building a new 'affordable' suburb next to a refugee camp.

The report fails to recognise and acknowledge that the NDIS is a necessary replacement for the existing inequitable and dysfunctional system. Sadly, the authors of the review are mostly people who were responsible for the squalor of the existing refugee camp. They have no credibility in relation to disability services and supports. These are people who fail to recognise that the system they oversaw, the system the NDIS is replacing, has been consistently judged very badly dysfunctional. Clearly, their ability to assess the capability or functioning of a disability service and support system had already been proven utterly inadequate.

The reviewers suggest there is a risk of "putting it into operation before it could fully prepared". The reviewers simply fail to understand people with disability needs service and supports; the reviewers fail to appreciate that any delay in implementing the NDIS keeps people longer/indefinitely in the existing utterly inadequate and dysfunctional disability services system that was the result of the stewardship of two of the review authors. Similarly, the conclusion that "that it will not be given the time to consolidate and establish the systems and processes that will allow it to gain the maximum benefit from these first trial years" simply fails to appreciate the need for immediate change.

The reviews content, especially the conclusion, fails to recognise and respect that people with disability urgently need substantial change ... it is not acceptable that the review ignores the needs of people with a disability and focuses only on the workforce and administrative propriety.

This review is unacceptable.