A girl with severe autism was locked in solitary confinement at a West Australian juvenile detention centre for more than seven months, documents filed in the Australian Federal Court claim.

The allegations form part of a class action involving more than 500 children and young adults who have been held in Western Australia's notorious Banksia Hill Detention Centre.

In an affidavit filed to the Federal Court last year but only published on Wednesday, lawyer Stewart Levitt said the now 18-year-old woman was confined in the "Cue Unit" on and off between May 2018 and March 2020.

In the affidavit, Mr Levitt alleges that while held there the girl was regularly locked in a cell alone for 23 hours a day. 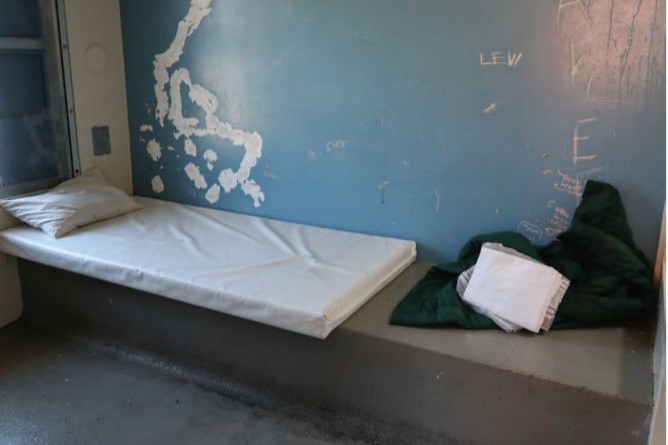 She was only allowed out for an hour each day into a small room, or a three-by-four metre concrete area enclosed by cyclone fencing.

It is alleged that when the girl was taken out of solitary confinement to see her parents, her legs were shackled and her hands cuffed.

The affidavit also alleges the girl was denied visits from her parents as punishment and she was forced to "earn" her bedding.

Do you have a story to tell about Banksia Hill?

You can contact Rebecca Trigger via Protonmail, an encrypted email service.

*Please Note - end to end encryption is only possible if you create your own Protonmail which you can do for free, or have your own PGP key.

"She felt that she was being treated like a dog and responded to this by sleeping on the concrete floor and pretending she was a dog," the affidavit reads.

"She would sleep on the bare floor rather than the mattress because the mattresses were dirty with saliva and excrement."

It is alleged she was forced to spend extended time locked up in solitary confinement because her autism spectrum disorder (ASD) caused her to be reactive to disciplinary policies.

It is also alleged that when she refused to change into underwear and uniforms stained with menstrual blood from other detainees, she was subjected to "use of force" by officers. The girl was frequently forced to undergo strip searches, according to court documents. (Supplied: Department of Justice)

"She found it intolerable to wear underwear and outer garments that had visible menstrual stains from their use by other detainees," the affidavit said.

"She was frequently subjected to strip searches and watched by officers while she was in the shower.

"She found these experiences distressing and humiliating."

The document also alleges she was held down and had her head banged against a wall by multiple officers.

"Many times, officers subjected her to instruments of restraint, such as handcuffs, leg shackles, and spit hoods," it said.

"She found the use of force and imposition of restraints on her extremely traumatic and often reacted to these incidents by escalating her non-compliant behaviour and acts of self-harm."

It is also claimed the girl was given very little access to education because of her long periods of solitary confinement and was not given adequate therapeutic support for her ASD.

It is alleged the extended confinement, strip searches and use of force had a "compounding effect" on her disorder.

The other lead applicant, a young man with an intellectual disability, was also allegedly subjected to excessive force and denied family visits.

The affidavit alleges he was held in solitary confinement at one point for 10 days at a time.

It also alleges he was subjected to a controversial restraint practice known as "folding up".

The practice involves bending a child's legs over their buttocks and then pressing down.

The WA Department of Justice says details about a new restraint technique for young people will not be released. 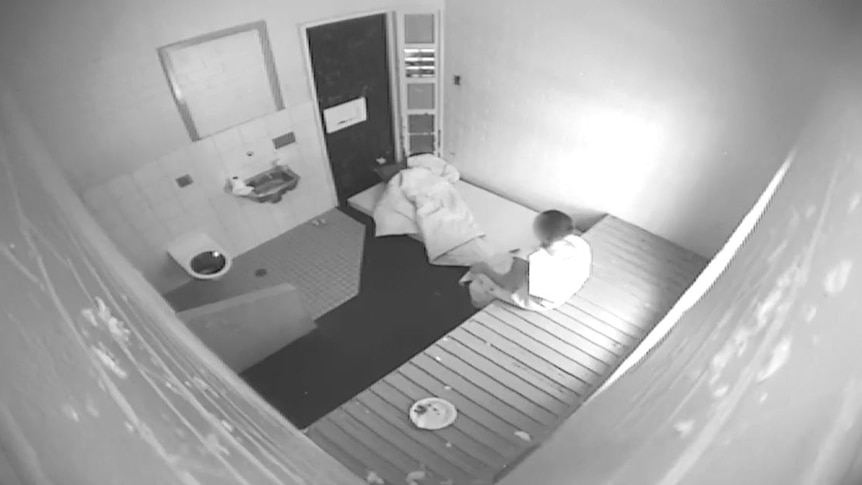 Following the airing of footage of the practice being applied to a detainee on the ABC's Four Corners, the Department of Justice last month announced it was being phased out.

The affidavit alleges he was taunted about his intellectual and mental health disabilities by staff and not given access to any education while in the cell.

The class action claims children held in the detention facility are subjected to discrimination, unlawful imprisonment, restraint and assault and battery.

It alleges the state has breached its duty of care obligations to the children inside Banksia Hill. In the wake of mounting criticism of the facility, the West Australian government recently announced it would build a second youth justice facility in WA's Kimberley region.

It has also announced a $63 million investment in improving and strengthening security in accommodation, education and training areas used by "high risk and difficult" detainees.

A new "cultural support and enrichment service" will also be funded, which will be run by an Aboriginal-controlled organisation.

A further $22 million will go towards hiring more staff, while $10 million will be spent on expanding multidisciplinary mental health services.

The class action case is expected to take two to three years.

WA Corrective Services Minister Bill Johnston was contacted about the allegations in the court documents, but declined to comment.

"As this matter is before the court, it would not be appropriate to comment," a Department of Justice spokesperson said.