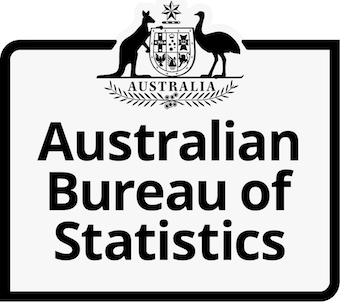 The Australian Bureau of Statistics (ABS) released data about autism from its 2018 Survey of Disability, Ageing and Carers (SDAC) - see https://www.abs.gov.au/AUSSTATS/abs@...

there were 205,200 autistic Australians (estimated), a 25.1% increase from 164,000 in 2015
over 3% of children aged 5-14 years are diagnosed autistic.
"males were 3.5 times more likely than females to [be autistic]".
the number of autistic Australians with severe of profound disability was 68.9% in 2018
outcomes for autistic people in education and employment remain abysmal
and much more.

the average annual increase in autism diagnoses from 2015 to 2018 is 7.75%. This rate of increase is lower than observed in previous reports ... the annual rate of increase was 12.43% from 2012 to 2015.
the rate of severely or profoundly autistic Australians rose from 64.8% in 2015 to 68.9% in 2018 - previously, the rate fell with each dataset.
diagnosis rates for school leavers (aged 15 to 19 years) rose from 1.8% to 2.8% of the population. We see no sign that disability service providers nor the NDIS are preparing a trained workforce to support properly this substantial increase in autistic adults.
previously (in 2015), the males to female ratio was 4:1 so there has been a substantial increase in diagnosis of women and girls.

In it's report the ABS uses the term "prevalence" when it should say "diagnosis rate".

These data are consistent with data from other sources.

A4 was correct to suggest to the NDIS that comparing its 2018 figures on autistic participants with figures from the 2015 ABS SDAC without any adjustment for likely increases, which turned out to be 25%, was likely to be misleading (see item 4 in http://a4.org.au/node/2084).