The ACT's new watchdog for restrictive practices is investigating a fenced-off facility used to isolate a Canberra student with special needs from his peers.

Following a report in The Canberra Times and calls from disability advocacy groups for an investigation, senior practitioner Mandy Donley confirmed she was looking into the case.

A spokeswoman said Ms Donley had visited the school and was working with those involved.

While Canberra schools avoided restrictive practices where possible, Ms Berry said she had been assured the appropriate action had been taken by the school, which had rightly made safety a priority.

People with Disabilities ACT director Robert Altamore blasted the facility as unacceptable in any school system, especially in a territory that prided itself on being a human rights jurisdiction.

"It seems we have learned nothing from the [2015 autism cage] incident in the ACT," Mr Altamore said. 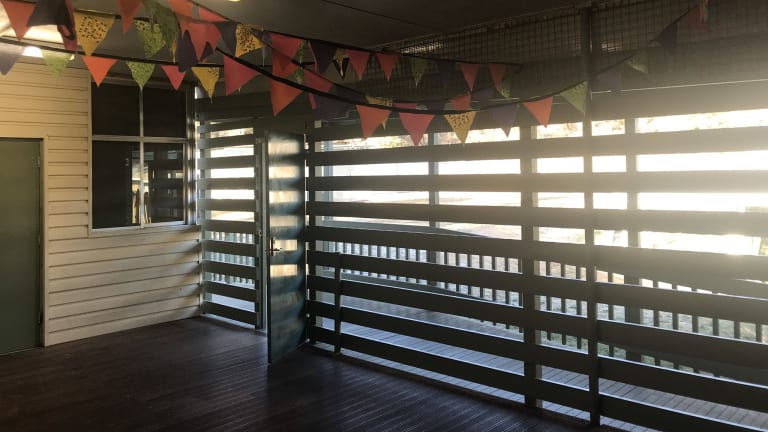 Photos of the new facility provided by the ACT education directorate on Friday.

"In some ways it's worse because he's [isolated] all the time."

Abdul was suspended from the Woden School, which caters for students with moderate to high needs, in early April after running off campus to the local shops, and had been waiting for more than four months to return to class.

This month, his family was told he could only come back under strict new conditions banning him from interacting with other students and some staff, and restricting his movements in the school to the new classroom, which is encircled by fences and a floor-to-ceiling security gate.

The school said this was the only way to ensure the safety of its staff and Abdul after a string of destructive behaviour, but his family has labelled the set-up as inhumane and reported Abdul had been visibly upset since he returned to school on Thursday.

While Abdul was initially eager to go back to class, his mother Safaa said he had since thrown his school bag in the bin.

"He keeps looking for his friends, every day. [On Wednesday] he was very upset, he doesn't want to go back now," she said.

An advocate supporting the family from Advocacy for Inclusion also labelled the facility as concerning and said money spent on its construction would have been better used supporting Abdul in class.

Ms Donley, a forensic mental health nurse who investigated the use of restrictive practices in Victoria, took up the newly created role of senior practitioner in July but it is understood she cannot take formal action on a matter until her legislative powers kick in next month. 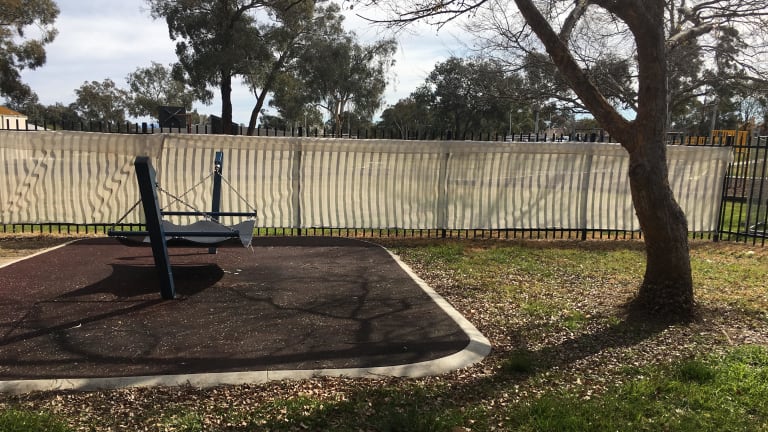 The outdoor play area for Abdul, which also includes a trampoline.

From September 1, the watchdog will have the power to stop restrictive practices in ACT schools and disability services. Such practices are defined by the ACT government as anything used to "restrict the rights or freedom of movement of a person for the primary purpose of protecting the person or others from harm", including the seclusion of a person in a room or other space.

New reforms underway in the wake of the 2015 autism cage scandal will also make it an offence from July 2019 to use a restrictive practice without a positive behaviour support plan or to ignore directions from the senior practitioner.