The AAT Slams the NDIA's "unsatisfactory state of affairs" 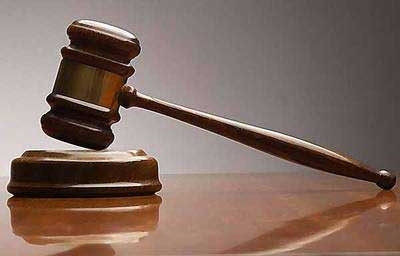 Mr. Humphries made these remarks when ruling on the case of a Participant who was appealing the reduction of supports in her second Plan. Before the Tribunal could conclude on the matter, the NDIA issued a third Plan, again with reduced supports. This effectively nullified the work of the Tribunal thus far, causing further delays for the Participant. Understandably, a very frustrating situation for everyone involved.  Arguing that this was far from an isolated case, Mr. Humphries described the NDIA's decision-making process as slow and difficult to interpret. He pressed Social Services Minister Dan Tehan to intervene as a matter of urgency in this “unsatisfactory state of affairs.”

“It seems to the Tribunal entirely inappropriate that a Participant, working with finite resources and coping with the added burden of a disability, should need to be left in doubt as to the status of decisions made affecting his or her entitlement to the benefits conferred by the legislation, yet this is precisely the situation many applicants to the Tribunal have found themselves in recently,” he says.

As of March, 757 cases have been referred to the AAT.  This would be completely legitimate if all of these cases required the insight of a legal authority. However, Mr. Humphries contends that it is the Agency's “haphazard” approach to decision-making and communication that is responsible for putting this unnecessary strain on legal resources.  In other words, the Tribunal is being flooded with cases because the NDIA can't get its act together.

As we explore in the rest of this article, being forced to appeal a decision is hugely detrimental to Participants. The difficulties facing applicants go beyond what Mr. Humphries briefly touches upon in his ruling. The process places an extraordinary burden on people with disability - the burden of needing to fight for your right to support.

Mr. Humphries is accurate in his observation that many people with disability and their families live with 'finite resources.' This is the exact reason that they have sought support from the NDIS in the first place. In such a context, going to the AAT is an overwhelming proposition. In some cases, it is completely unrealistic. Preparing for an AAT hearing takes emotional and physical energy. This is energy that many people with disability do not have, especially those who may not have informal supports.

Coupled with this, there are also finite legal resources available to support them. AAT proceedings are, in theory, supposed to be less intimidating than other courts. Legal support is considered optional. However, it has recently been revealed that the Agency spent close to $6 million on legal fees in the last year alone. We have heard reports of barristers hired by the NDIA being unnecessarily combative when cross-examining witnesses at AAT proceedings.  Up against this, Participants would be extremely disadvantaged if they do not have a lawyer representing them.  However, there is limited Legal Aid support available. The influx of NDIS cases is placing additional weight on an already overworked system. There is a very real risk of Participants who are unable to obtain legal representation being forced to drop out of proceedings or go to battle with the NDIA alone.

When appealing to the AAT, adults with disabilities are usually required to make extreme sacrifices to their privacy. Unless the Tribunal orders otherwise, adult applicants have their full name recorded in the public decision. These rulings can all be found online. It is commonplace for them to contain very personal information relating to the Participant's disability, support needs and future aspirations.

Moreover, the Australian Medical Associations Psychiatrists Group has expressed its concern that NDIA lawyers are needlessly issuing subpoenas for an applicant's full psychiatric history. Naturally, psychiatric notes contain extremely private information. Most people would be mortified by the idea of such notes being read by strangers, or even becoming public. DSC even knows of cases where psychiatric notes have been requested despite the fact that the applicant does not have a psychosocial disability. The invasion of privacy is, therefore, both utterly horrifying and completely unnecessary.

Participants must endure long waiting periods before a case can even be heard by the AAT. Under the NDIS Act, an appeal has to be internally reviewed before it can go before the Tribunal. However, the Commonwealth Ombudsmen has recently revealed that internal reviews are taking up to 9 months to be completed. It is perhaps little wonder then that Plans are expiring before the AAT is given the chance to rule on them. In this time, applicants are potentially doing without the support they are entitled to by law. Even in cases where the Tribunal will ultimately rule in favour of the NDIA, this is still time that the applicant could have used to explore other avenues of support, instead of fighting with the NDIA.

The NDIS is still a new Scheme. As such, the AAT serves the essential function of setting precedent on numerous issues of dispute. If the Tribunal is flooded with cases solely because the NDIA cannot get its decision-making act together, then this important function is undermined. Right now, resources are being spread too thinly to apply adequate attention to the cases that require in-depth legal debate and deliberation. Consequently, the concerns raised by Mr. Humphries affect everyone connected with the Scheme, not just those taking cases to the AAT.

It is becoming increasingly apparent that staffing increases and major internal reforms are necessary to improve the Agency's decision-making processes. Patchwork solutions are not enough. But the NDIA cannot act on this scale without the sanction and support of the Minister's office. Similarly, the community cannot afford to have a system that places the burden of fighting for supports on people with disabilities. Instead, this burden needs to be placed where it belongs- on the Minister's desk.