What happens to children who move off the autism spectrum? Clinical follow-up study. 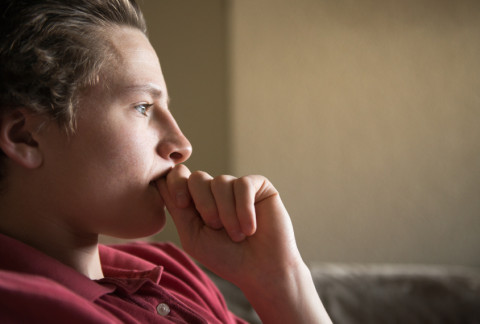 There is controversial information on outcome of school age individuals who lose the diagnosis of autism and achieve “optimal outcome” (OO). The present study assessed the autism symptoms and other psychiatric disorders in a group of children with a past history of autism.

The subjects consisted of 26 individuals who had lost the diagnosis of autism 2–8 years previously. Clinical assessment was done with both parents and children. Diagnostic and Statistical Manual of Mental Disorders (5th edn; DSM-V) criteria were used for diagnosis of autism spectrum disorder (ASD). In addition, Childhood Autism Rating Scale and Social Communication Questionnaire (current version) were used. Psychiatric disorders were assessed using the Kiddie Schedule for Affective Disorders and Schizophrenia for School-Age Children Present and Lifetime Version (K-SADS-PL).

None of the participants met the criteria for ASD. Ninety-two percent had a lifetime diagnosis and 81% had a present psychiatric disorder based on the K-SADS. Attention-deficit hyperactivity disorder, specific phobia and obsessive–compulsive disorder were the most common disorders.

Improved status with regard to autism symptomatology is maintained over time, but these individuals are vulnerable to developing other psychiatric disorders. It is crucial to maintain psychiatric follow up of children who move off the autism spectrum.

Most children who lose their autism diagnosis develop related psychiatric conditions, according to a new study1. The findings suggest that doctors should continue to monitor children once diagnosed with autism.

An estimated 9 percent of children with autism achieve a so-called ‘optimal outcome.’ But nearly all of these children years later develop related conditions such as obsessive-compulsive disorder, attention deficit hyperactivity disorder, anxiety and depression, the new study suggests.

“The majority of the group with a past history of autism are vulnerable to developing other psychiatric disorders,” says lead investigator Nahit Motavalli Mukaddes, professor of child and adolescent psychiatry at the Istanbul Institute of Child Psychiatry in Turkey.

Other studies have reported psychiatric issues in children who lose their autism diagnosis, but at much lower rates. The new study examined children living in Turkey, so the high rates may reflect cultural differences, sociopolitical stress or variations in how psychiatric conditions are diagnosed and treated, says Inge-Marie Eigsti, associate professor of psychology at the University of Connecticut in Storrs, who was not involved in the new study.

The team looked at 21 boys and 5 girls who had received an autism diagnosis as preschoolers but lost it at least two years before the start of the study. The children ranged from 6 to 16 years of age.

The researchers reviewed the children’s medical records to verify their initial autism diagnosis. They then evaluated the children clinically to confirm that they no longer meet the criteria for autism. They also reviewed results of the Childhood Autism Rating Scale and the Social Communication Questionnaire, two parent questionnaires.

The researchers looked for other psychiatric diagnoses in the children’s medical records. They also evaluated the children in the clinic and looked at reports from the children and their parents.

All of the children have communication and social skills in the typical range, consistent with other studies.

“It is very important to have this confirmed with a completely different sample and from a very different culture,” says Deborah Fein, professor of psychology at the University of Connecticut in Storrs, who was not involved in the new study.

More than half of the children met the diagnostic criteria for attention deficit hyperactivity disorder at the time of the study. Nearly half had a specific phobia — severe anxiety about an object or situation, such as spiders or heights. Roughly one in five of the children had obsessive-compulsive disorder.

The findings suggest that children who lose their autism diagnosis would benefit from continued care.

“Even when we stop their special education programs, we need to continue their psychiatric and mental health follow up for a long time,” Mukaddes says.

Her team plans to continue following the children to track their diagnoses in early adulthood.