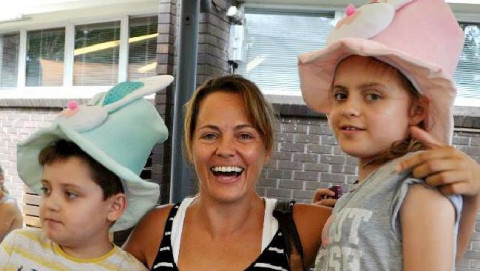 Disability advocates have express­ed dismay at the public’s response to the gassing of two ­autistic children in the northern Sydney suburb of Davidson, saying the case should be treated like any other murder.

Mother of six Samantha ­Connor, who has two children with autism and who has been in Adelaide this week, pushing against a proposed new law that would allow for euthanasia for the terminally ill in certain circumstances, says the Sydney children were murdered, “so why do we have people saying: ‘oh, but it’s understandable’?’’

“I’ve read comments from ­people saying: ‘They were mute, they had autism, it must have been so hard to look after them, so we understand how you might want to kill them’,’’ Ms Connor said yesterday.

“Why is this not being treated like any other case of straight-out domestic violence?

“Two children are dead and the police are not saying it was an accident, so somebody killed them, and yet we are all talking about it like it is OK.”

Philip Nitschke told The Australian this week that the family, who came to Australia from ­Colombia in 2005, had contacted the group he founded, Exit International, to order a copy of The Peaceful Pill Handbook.

Dr Nitschke, who said no one should judge a parent who ends the life of a disabled child “without walking in their shoes’’, now says he made a mistake, and that it was a different family from Sydney with the name Manrique who downloaded the suicide handbook.

“Turns out when I got back to the computer it was a different Manrique who had bought the book, sorry,’’ he said in a text ­yesterday.

Police have not confirmed whether Fernando Manrique, 44, gassed his family with his wife’s knowledge, or whether the case is a ­triple-murder by Manrique of his wife Maria Claudia Lutz, 43, and their children, Elisa, 11, and Martin, 10.

But the public’s response has dismayed parents of autistic children, such as advocate Briannon Lee, who wrote a tribute on her blog, saying: “Elisa and Martin died along with their parents and their family dog this week. Their murder was premedit­ated with a complicated system of gas bottles filtering a ­lethal gas through their ceiling.

“As a parent of three autistic children, their deaths hit me hard. Their childhood and adulthood has been taken away. Yet all that commentators care for is describing … how much of a burden they were: ‘severe’ ‘dumb’ ‘very high complex needs’.”

Ms Lee said such comments “justify … (and) excuse their ­murder’’.

Parent Michelle Sutton, who is also raising a child with autism, wrote: ‘‘You know what I hear when I see those articles and read those comments? Hey Michelle, if you feel like killing your kids, it’s okay, we understand.

“All lives are valuable.

“I don’t care if a person is deaf, non-speaking, aggressive, there is never an acceptable reason to end your child’s life.’’

Support for Carers of Children with Autism 'isn't there': Autism Awareness Australia