2000 sufferers shut out of NDIS in the ACT 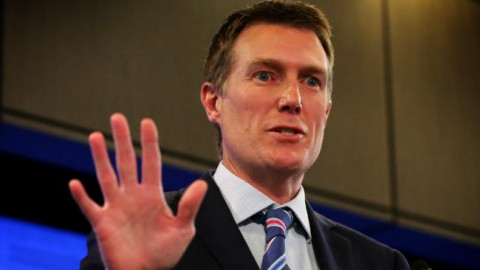 The future of the $22 billion Nation­al Disability Insurance Scheme has been thrown into ­crisis after as many as 2000 people with serious mental health conditions and disabilities were shut out of the program in the ACT, the first jurisdiction to fully adopt the new model.

The territory scheme reached its “target” of 5075 clients within hours of full rollout on September 30. Newly eligible people have been turned away and told to wait for a vacancy, which is typically only available when someone in the NDIS dies.

The ACT is a test case for what experts say is likely to happen when the scheme in other states reaches maturity in 2019-20.

While the ACT is the smallest jurisdiction, the potential for blowouts in other states is far greater — Queensland is due to receive 91,000 participants by 2019-20 but has a large indigenous population previously hidden from the disability system.

Social Services Minister Christian Porter told The Weekend Australian that the issue was a “a repeat of the mishandling of the trial agreement with SA, entered into by Labor governments in 2012, where the number of participants was underestimated by more than 5000”.

That case, first revealed by this newspaper, happened during the trial phase — largely due to ­numbers of children with autism — and resulted in a funding fight between the federal and state ­government.

A repeat is on the cards in the ACT and The Weekend Australian has seen an email from the NDIS agency which confirmed the 5075 target number had been “reached” before stating: “Until new funding arrangements are agreed, plans for new participants will be ­approved as participants exit the scheme ...”

Chief of the ACT’s Community Services Directorate Mich­ael De’Ath said: “The ACT NDIS ­bilateral agreement outlines a target of 5075 ACT participants, with the clear understanding that the commonwealth government accepts the full cost for any participants beyond this figure.

“The NDIS is not a capped scheme. All eligible people with disability are entitled to become participants and receive a plan and a funding package.”

The crisis casts a pall over the future of the NDIS and whether it will shut out or let in more than the 460,000 people for which it is designed.

“This is a disgraceful betrayal of people with disability,” said Fiona May, the ACT Disability, Aged and Carer Advocacy Service chief executive. In her service at least 50 people are waiting to enter the NDIS but the total is likely to be between 1000 and 2000 people.

Mental Health Australia chief Frank Quinlan told The Weekend Australian people had been turned away for months, adding that the crisis “did not suddenly happen on September 30’’.

“They knew about this and they knew it was going to happen,” he said. “It seems governments are prepared to put people at serious risk for some kind of game of brinkmanship.”

While allaying concerns that the Coalition would cap the NDIS, Mr Porter blamed the former ALP governments that negotiated the faulty agreements.

“The number of ACT participants for trial were agreed between the previous federal Labor government and ACT Labor ­government in 2012.” Mr Porter said the ACT government gave the trial particip­a­tion number of 5075, though aware of larger estimates provided by the Australian Government Actuary in 2012.

“The NDIS is not a capped program and so, following the ACT election, governments will agree arrangements for bringing in ­additional participants.

“The financial impacts of any additional entrants will need to be negotiated with the ACT after their election.”

Mr Porter asserted that “the underestimates appear limited to these jurisdictions which are small relative to the overall scheme”.

NDIS work for children on hold in South Australia (2015)