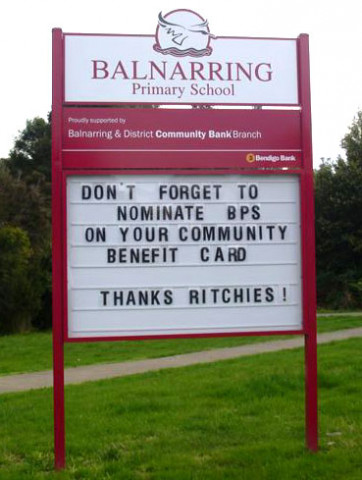 A VICTORIAN school is facing a human rights complaint for reportedly suggesting an autistic pupil weeds and sweep footpaths as occupation therapy.

The family of Gabriel Eyre have told the Australian Human Rights Commission that Balnarring Primary School discriminated against the five-year-old prep boy.

Mum Mirinda Eyre said the school limited his attendance to less than four hours a day and regularly pulled him from the classroom.

She said the school also suggested he sweep paths and pull weeds as a form of push-pull occupational therapy.

“I want to ensure that this doesn’t happen to other children,” she said.

“He was pushed to the point where he had catatonic episodes and is now on medication he is likely to be on for the rest of his life.

“One child being damaged like this is one too many.”

The family of prep student Gabriel Eyre say he was discriminated against at school. Picture: Tim Carrafa

Gabriel, diagnosed with autism at two, is sensitive to loud noises and being touched, and struggles to interpret emotions.

Mrs Eyre said the school failed to apply for special needs funding for Gabriel, despite reports from his kinder teacher, occupational therapist and paediatrician on his disability.

She said her son regressed more than two years — no longer able to read or write his name — during the first term this year.

He has since transferred to Somers Primary School and is supported by an aid paid for by school fundraising.

“Balnarring and Somers are both state schools within 6km of each other. There is no reason they can’t both run an inclusive education program.”

The Education Department is considering a late application from Somers Primary School for special needs funding for Gabriel.

Neither Balnarring Primary School or the department would comment directly on Gabriel’s complaint.

“All allegations of discrimination are taken very seriously,” the department said in a statement.

“The Department of Education and Training’s highest priority is providing an inclusive environment at Victoria’s schools that respects the dignity and human rights of all students.”

“Discrimination and a lack of support is rife in Victorian schools, not only mainstream schools but also special schools,” she said.

“The quality of education for kids with disabilities in Victoria is deplorable and something needs to be done about it.”