A Canberra student with high needs who wasn't allowed to go to school for more than four months is now facing a "jail sentence" when he returns under restrictive conditions, his family say.

Abdul-Ghani Ferkh, who has complex autism, was suspended from the Woden School in early April after running off campus grounds to the local shops and stealing a toy. Correspondence between the school, the ACT education directorate and the Ferkh family seen by The Canberra Times details how the suspension, originally due to end on April 18, was extended multiple times before his break became indefinite.

The school said this was to allow time to prepare a secure environment for Abdul, who it alleges has also physically assaulted staff throughout the year, pinching workers and damaging property.

But his family say they had been repeatedly reassured that Abdul was doing well at school, which caters specifically for students with moderate to high needs, and he had been with only one of his two required carers when he ran away.

This week, the 18-year-old, due to graduate at the end of the year, was invited back to school under strict new conditions. The rules stop Abdul from interacting with other students and some staff and limit his movement to a fenced-off demountable classroom, which he can only access through a side gate at the back of the campus. Preparations detailed by staff in correspondence included boarding up the back rooms of the demountable and installing a floor-to-ceiling security gate along its veranda.

The school, which has stated its commitment to supporting Abdul's education, told the family this was the only way to ensure his safety and the safety of their staff.

A directorate spokesman said the government was committed to meeting the needs of all students, acknowledging that some may present with a range of complexities that impact their access to education.

While Abdul was initially eager to return to school, his mother Safaa Joumaa-Ferkh said he became very upset when he arrived at the new facility for his first day back on Thursday and was not himself when he returned home at noon.

"It's a big cage," she said. "I didn't want him to go but he wanted to see his friends. When we go to the gate, he look at me and he was so sad, we are so worried.

"Now he has to stare at the other children through the bars. They are just isolating him more. What about his rights?" 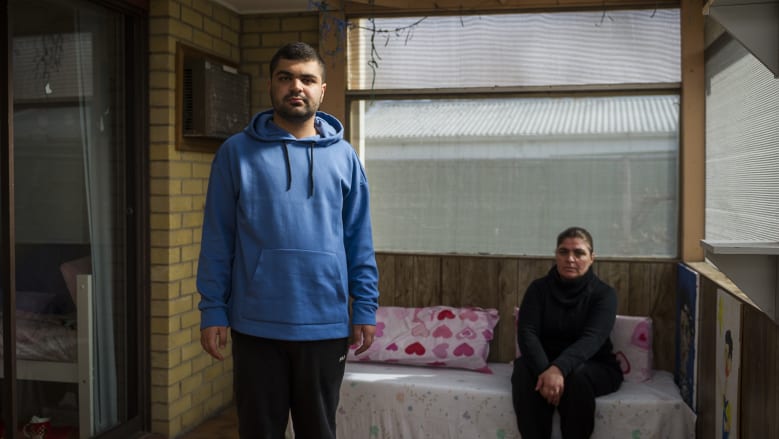 Abdul-Ghani Ferkh, who has been left at home with his mother Safaa Joumaa-Ferkh, pictured, for more than four months while the school prepares new facilities for him.

On Thursday, the school provided The Canberra Times with a tour of Abdul's classroom, which is encircled by gates and fences, but includes a large outdoor play area sporting new equipment. Doors are locked as Abdul is still considered a flight risk. The set-up will be reviewed in two weeks, after which the school will consider allowing one or two of his peers to visit during recess.

At the time of the initial suspension, the school recommended negotiating Abdul's transfer to another school but it is understood that option has since been thrown out. Other solutions were explored with the family before the school decided to create the new facility for Abdul. The directorate did not provide the total cost of the project.

A spokeswoman for Advocacy for Inclusion said she also had concerns about Abdul's isolation after inspecting the facility this week and said the money spent on its construction could have been better used as extra support for Abdul in class. 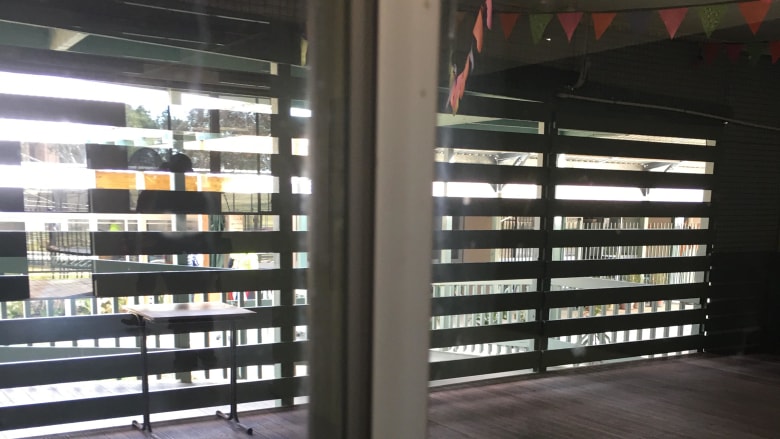 Photos provided to The Canberra Times on Wednesday of the new facility for Abdul. A wooden security fence with a locked door was installed at one end of the demountable classroom, which includes toilets.

"We don't believe in restrictive practices," she said.

"I worked with the family of the boy in the cage [here in] Canberra to transition him into high school afterwards and there was a lot of supports he needed before the school bought the cage... but I'm hopeful things will get better for Abdul."

Long suspensions were not uncommon for students with special needs, she said, symptomatic of a wider lag in the sector that frequently saw students missing out on school.

Professionals who know Abdul have also raised concerns about the situation, saying his behaviour, while at times violent, was not extreme and had been improving in the past two years. 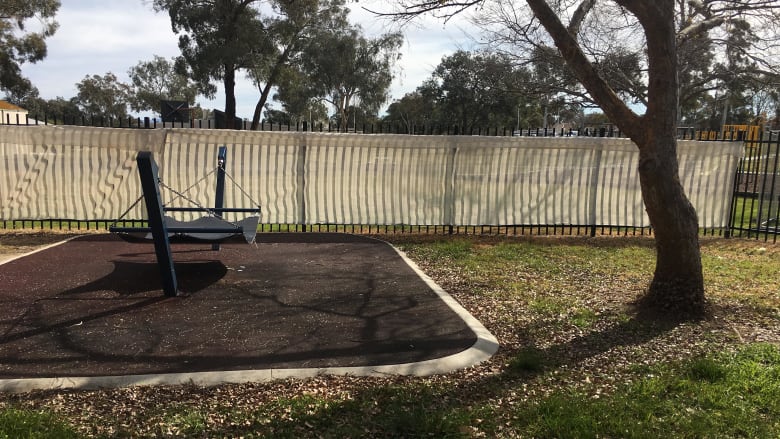 The outdoor play area for Abdul, which also includes a trampoline.

It is understood the ACT government's new watchdog for restrictive practices was notified about the case on Thursday.

The directorate spokesman said every child has a right to a good education, regardless of their behaviour.

"At the same time, every staff member has the right to be safe at work and we have a duty to facilitate their safety," he said. "This is a challenging balance."

To that end, the directorate was working to provide extra training for every ACT principal, the spokesman said.

Ms Joumaa-Ferkh praised the work of the school's teachers in her son's education but said the family had been left in limbo since Abdul's suspension and he was now missing out on important community transition work before his graduation.

His homework wasn't delivered until more than a month into his suspension, she said. Abdul's National Disability Insurance Scheme case coordinator raised further concerns that a long wait for a solution had been costing the family thousands in fees for two-to-one care at home.

Some of the delay had resulted from the family's trip to Lebanon in late May, but Ms Joumaa-Ferkh said she had offered to cancel the pre-planned holiday so Abdul could return to school earlier.

The ACT government is in the middle of special education reforms designed to reduce the use of restrictive practices and increase inclusion in schools in the wake of the 2015 autism cage scandal. In the past two financial years, a spokesman said the directorate had invested about $2.7 million in the Woden School to accommodate the needs of year 11 and 12 students, and the school had one of the lower ratios of students to teachers when compared to other specialist schools in the ACT.

The government is also reviewing its current suspension and expulsion policies.