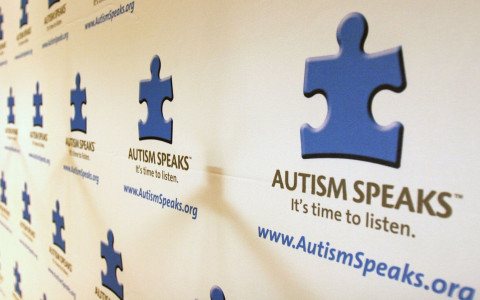 For the first time, the nation’s largest autism advocacy organization has revamped its agenda and one notable objective is no more.

Autism Speaks’ board of directors voted in late September to modify the organization’s mission statement, marking the first such change since the nonprofit was established in 2005.

The new iteration is shorter and strikes a markedly different tone. Gone are terms like “struggle,” “hardship” and “crisis.” Also absent is any mention of seeking a cure for the developmental disorder.

“Our mission statement was updated to reflect the evolving strategic direction of Autism Speaks and current needs in the autism community,” C.J. Volpe, the group’s spokesman, tells Disability Scoop.

Previously, Autism Speaks spoke of unifying the autism community to address what it called an “urgent global health crisis.”

“We are dedicated to funding global biomedical research into the causes, prevention, treatments and a possible cure for autism. We strive to raise public awareness about autism and its effects on individuals, families and society: and we work to bring hope to all who deal with the hardships of this disorder,” the old statement indicated.

The new version, which the nonprofit says has been in the works since at least late last year, takes a decidedly different tack.

“Autism Speaks is dedicated to promoting solutions, across the spectrum and throughout the lifespan, for the needs of individuals with autism and their families through advocacy and support; increasing understanding and acceptance of autism spectrum disorder; and advancing research into causes and better interventions for autism spectrum disorder and related conditions,” reads the update. “Autism Speaks enhances lives today and is accelerating a spectrum of solutions for tomorrow.”

The approval of a revamped mission statement caps a year in which the nonprofit saw significant leadership turnover, bringing on a new president, saying goodbye to its chief science officer and the death of co-founder Suzanne Wright this summer.

Stephen Mark Shore, a member of the Autism Speaks board, said the revision reflects a broader shift for the nonprofit.

Autism Speaks was established more than a decade ago in part by merging with existing advocacy groups including one known as Cure Autism Now. For years, critics blasted Autism Speaks for lacking representation from people with autism themselves. But last year the group invited Shore and Valerie Paradiz, who are both on the spectrum, to join its board.

“Autism Speaks was founded on the goal of curing autism as one of its objectives,” Shore said. “However, similar to many experiences of parents of children with autism, the organization grew to believe that autism is something to be worked with for promoting fulfilling and productive lives of people on the spectrum — rather than something that has to be done to.”

Nonetheless, the change in thinking may be too little, too late for some.

Members of the science board within Autism Speaks asked the nonprofit’s top leaders to drop the cure language from its mission statement back in 2011, but were rebuffed, according to John Elder Robison, who has autism and served on the organization’s science and treatment boards beforeresigning in 2013.

“While I think it’s a good step, it’a step that was asked of them five years ago and I think they need to do a lot more,” he said. “Those are the words, but who directs the action?”