estimating the cost of autism 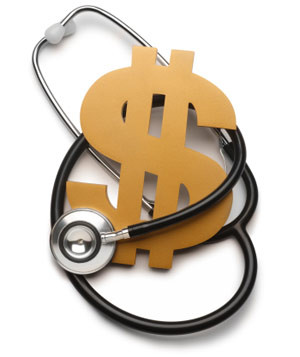 A research paper has been published with the following:

Forecasting the Economic Burden of Autism in 2015 and 2025 in the United States.

Few US estimates of the economic burden of autism spectrum disorders (ASD) are available and none provide estimates for 2015 and 2025. We forecast annual direct medical, direct non-medical, and productivity costs combined will be $268 billion (range $162-$367 billion; 0.884-2.009 % of GDP) for 2015 and $461 billion (range $276-$1011 billion; 0.982-3.600 % of GDP) for 2025. These 2015 figures are on a par with recent estimates for diabetes and attention deficit and hyperactivity disorder (ADHD) and exceed the costs of stroke and hypertension. If the prevalence of ASD continues to grow as it has in recent years, ASD costs will likely far exceed those of diabetes and ADHD by 2025.

The potential benefits of understanding ASD better and of better services and support are substantial. The Australian Government needs to do more to achieve better outcomes for people with autism in Australia.

The Australian Government is not financially responsible if it continues to ignore the financial effects of autism in the Australian economy.

UC Davis health economists have for the first time projected the total costs of caring for all people with autism spectrum disorder (ASD) in the U.S. for the current calendar year and in 10 years if effective interventions and preventive treatments for the condition are not identified and widely available.

Their forecasts for ASD-related medical, nonmedical and productivity losses are $268 billion for 2015 and $461 billion for 2025. The researchers noted that these estimates are conservative and, if ASD prevalence continues to increase as it has in recent years, the costs could reach $1 trillion by 2025.

The study is published online in the Journal of Autism and Developmental Disorders.

“The current costs of ASD are more than double the combined costs of stroke and hypertension and on a par with the costs of diabetes,” said study senior author Paul Leigh, professor of public health sciences and researcher with the Center for Healthcare Policy and Research at UC Davis. “There should be at least as much public, research and government attention to finding the causes and best treatments for ASD as there is for these other major diseases.”

Leigh hopes his findings inspire policy changes that emphasize early intervention to reduce ASD symptoms, along with employment and other programs that support the independence of adults with the disorder.

“This approach would ultimately save money that otherwise would be spent on expensive custodial care,” Leigh said.

Leigh worked with co-author Juan Du, who received her doctoral degree at UC Davis, to determine the per-person and then total costs of ASD using data on medical services, residential care, special education, in-home care, transportation, employment support and lost productivity. Their information came from a variety of sources, including research literature, the U.S. Centers for Disease Control and Prevention, and the Bureau of Labor Statistics.

The evaluations included cost ranges that accounted for age, because services for people with ASD change throughout their lifespans, and the presence or lack of intellectual disability (formerly called “mental retardation”), which affects the intensity of services, along with varied estimates of population changes and ASD prevalence.

The team found that the comprehensive costs of ASD will range from $162 to $367 billion for 2015 (with the researchers’ best estimate of $268 billion) and from $276 to $1 trillion (with the researchers’ best estimate of $461 billion) for 2025. The 2015 figures are on a par with recent cost estimates for diabetes and exceed the combined costs of stroke and hypertension. If the prevalence of ASD continues to grow as it has in recent years, the costs likely will far exceed those of diabetes by 2025.

To reduce these multi-billion dollar totals, Leigh and Du recommend a research investment in ASD equal to that for diabetes, which is funded by the National Institutes of Health at more than five times the level of research on ASD.

“The staggering costs identified in this study should serve as a call to action,” said Leonard Abbeduto, director of the UC Davis MIND Institute, an internationally recognized autism treatment and research center.

“We need more funding for research to understand the causes of, and develop treatments for, ASD,” Abbeduto added. “We also need to ensure that all children have access to intensive early intervention; that school-based interventions to support academics, as well as social and language skills, are adequately funded; and that supports are put in place to ensure better post-secondary and vocational options for adults. Investing in these areas, I believe, will actually reduce the costs to society.”

Leigh and Du’s study, “Brief Report: Forecasting the Economic Burden of Autism in 2015 and 2025 in the United States,” is available online at http://www.ncbi.nlm.nih.gov/pubmed/26183723. The research was funded by Autism Speaks and the National Institute of Occupational Safety and Health (grant number U54OH007550).

Information about NIH research funding levels is at http://report.nih.gov/categorical_spending.aspx

More information about UC Davis Health System and its Center for Healthcare Policy and Research, Department of Public Health Sciences and MIND Institute is atwww.ucdmc.udavis.edu/healthsystem.