An autism minister may boost support and coordination. But governments that follow South Australia’s lead should be cautious 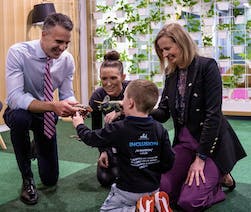 This week, the South Australian government announced the appointment of Emily Bourke to the role of assistant minister for autism. It’s the first portfolio of its kind in Australia.

The appointment of a minister specifically responsible for autism matters is a landmark moment. But it also raises questions about why a government has chosen a specific focus on autism.

Autism is diagnosed in people who show differences in social communication, repetitive behaviours, intense or focused interests and/or sensory differences.

Twenty years ago, autism was a relatively rare diagnosis, identified in around one in every 2,000 people.

The turn of the 21st century saw a steep increase in the numbers of people being diagnosed with autism. The factors that drove this increase included broader diagnostic criteria, greater awareness of autism among parents and clinicians and a reduction in stigma associated with the diagnosis.

Today, approximately 34% of all participants within the National Disability Insurance Scheme (NDIS) have a primary diagnosis of autism. This figure increases to 55% of NDIS participants under 18 years of age. 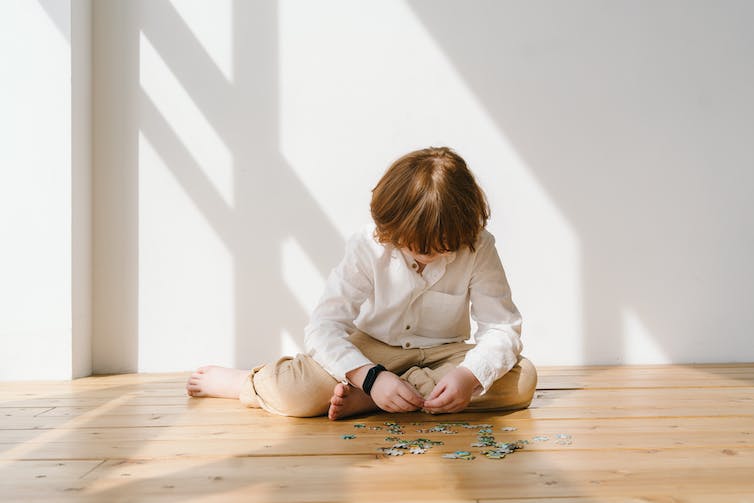 Autism is a neurodevelopmental condition that affects communication and social skills. Pexels, CC BY

Autistic people can face significant barriers in learning, community participation and wellbeing, and often require support to maximise their quality of life. This can be because of a combination of developmental differences and societal factors, such as a lack of autism-friendly environments.

But the way governments in Australia manage and provide autism support services and funding is complex.

Support for autistic people can be provided within health, disability and education systems – or a combination of these departments – which may have different responsibilities at state, territory and federal levels. A child may be diagnosed within state health services, then receive funding for clinical services through the NDIS, and also be supported by the state education system (through federal funding).

At first glance, this cross-jurisdictional approach seems sensible and beneficial: support for autistic individuals is everyone’s business. A broad coalition of departments can reinforce that message.

But in reality, matters relating to autism can fall between the cracks, with systems uncertain about their areas of responsibilities, creating gaps in the coordination of supports.

The appointment of an autism minister in South Australia is designed to address two major issues.

First, the South Australian government has outlined a number of initiatives to support the increasing numbers of autistic children. This includes an investment for an autism “lead teacher” within public primary schools. Additional investment for clinical health services such as additional speech pathologists, occupational therapists, psychologists and counsellors will bolster support for autistic children in the community.

A recent article in Autism Research showed that due to social isolation and limited variety of in-person social interactions, young autistic Australian adults exhibit different perceptual patterns when processing speech. They report spending 2.7 hours per week interacting with people outside of their immediate circle of family and friends. This is in stark contrast to the 18.3 hours reported by the non-autistic individuals. The investments outlined in the South Australian announcement could address this imbalance.

Second, the autism minister will provide coordination of matters relating to autism across government systems. In theory, this means not only will administrative matters not fall between the cracks of different systems, but the minister will also be an advocate for autism at the senior levels of government.

But what about other conditions?

One question raised in response to this appointment is whether one particular disability group needs a dedicated ministry. Will a focus on autism mean a reduced focus on other disabilities, which also require support?

While some portfolios like finance, health and defence endure over time, others are chosen, added or removed based on the priorities and policies of the government of the day. Other portfolios relating to other health and disability groups may be added over time.

The selection of a minister of autism signals to the community that autism is a current priority for the state government. The appointment does not mean the portfolio won’t change over time. While the appointment has focused on announcing support relating to children and families, it is important the government broadens its focus to also include matters relating to autistic adults.

Given the relatively high prevalence of autism, and the administrative problems that have plagued autism supports for years, the appointment of an autism minister should be welcomed.

However, this appointment must come with a note of caution. Autism is one neurodevelopmental diagnosis, and there are many other children with developmental challenges that also require support. Returning to the NDIS numbers quoted above, 45% of children receiving disability supports through the NDIS do not have a diagnosis of autism.

The appointment of an autism minister presents a wonderful opportunity for increased support and inclusion of all people. It may well provide a template for how other state, territory and federal governments can govern complex administration structures to support a large community.

The appointment must not be used as means to create a new administrative category that excludes support for other people who need it.

To make this a positive appointment, it needs to add support for everyone rather than be a “reductive” approach to manage complex humanity. Finding that balance will take constant vigilance by governments and advocates.