Another peak medical body has sounded the alarm over the new NDIS independent assessment model set to be rolled out next year.

A peak body for Australian psychologists has lent its voice to a chorus of concern about controversial new National Disability Insurance Scheme reforms and is calling on the government to stop them from being rolled out.

The Australian Association of Psychologists says the “simplistic” independent assessment process will create greater disadvantage for Australians living with disability.

Under the reforms - announced in August after a review of the NDIS - participants will be referred to an independent healthcare specialist for a free one-off session to determine their eligibility for the scheme.

The assessments will also focus on someone’s “capability”, rather than their “disability”, and assessors will be found through an open tender process. 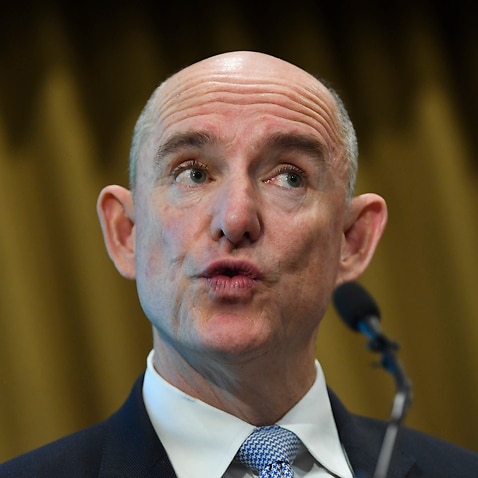 But the Australian Association of Psychologists says members have voiced “grave concerns” about the reforms following discussions with anxious clients.

“We firmly believe that someone’s treating practitioner, someone they've been dealing with consistently and long-term, is the best person to be making assessments on what support they need,” executive director Tegan Carrison told SBS News.

“We don’t think people who come in for a short period of time for a one-off assessment can provide an accurate assessment of someone’s true and complex needs.”

Other peak bodies who have also voiced concern – including advocacy bodies Every Australian Counts, People With Disability Australia, Women With Disabilities Australia and Synapse - fear assessments could be too brief to properly determine an applicant's eligibility for the NDIS and force vulnerable people to be assessed by practitioners they don't know or trust. Ms Carrison said people living with disability are often subjected to the prejudice and quick judgment of others, as well as the loss of control.

“We want choice. If you chose to have an independent assessment, that’s okay, but we don’t want choices to be made for people," she said.

“If they prefer to see someone they already know, then they should be able to do that and that’s what we’re calling for.”

. @ndisceo Martin Hoffman has written an open letter to participants, their families and carers.

An independent assessment pilot that concluded in March found 90 per cent of participants were either very satisfied or satisfied by their experience, according to the National Disability Insurance Agency, which runs the NDIS.

The full results and details of the pilot are yet to be made public.

Another pilot program is scheduled to begin in the coming weeks, during which NDIS participants can experience an assessment and provide feedback.

“This pilot will provide an important opportunity for participants to experience first-hand how assessments will be completed, how long they may take and what their final assessment will look like,” NDIA CEO Martin Hoffman said.

Consultation will continue with the disability sector and participants in advance of the rollout of the independent assessments, the NDIA said.

Last month, the independent assessment process came under fire in a ruling made by the Administrative Appeals Tribunal.

The NDIA had earlier decided that mother-of-two Jennifer Ray did not meet the scheme's "disability" criteria, despite earlier diagnoses of autism spectrum disorder, ADHD and depression.