When Maria Thomas was told her autistic son had been raped in the bathroom of his group home the missing piece of a ghastly puzzle fell into place.

Ms Thomas had been haunted by a change in her son Matthew’s behaviour but because he is non-verbal she couldn’t work out what had happened.

“Matty didn’t want me to leave him in the shower, he kept holding my hand,” Ms Thomas says. “His behaviour deteriorated, he didn’t want us to go, he kept saying: ‘Stay, stay’.”

Maria Thomas was devastated to learn of the attacks on her vulnerable son, who is non verbal. Credit:Eddie Jim

Ms Thomas collapsed when she learnt Matthew, who was then 20, had allegedly been raped on April 21, 2015 by another resident of his group home in Westmeadows, which was run by the state-funded disability services provider Autism Plus.

The other resident, who had multiple disabilities, then threatened to kill Matthew.

Added to Ms Thomas's pain was the fact Matthew had been previously sexually and physically assaulted by the same resident.

Ms Thomas and her late husband had pleaded with both Autism Plus and the Department of Human Services to move the man from the group home because of the sexual attacks.

Ms Thomas, Matthew and his two brothers, Aaron and Michael, this week launched legal action in the Victorian County Court against Autism Plus and the State of Victoria.

Michel Margalit, a partner at Le Grand Margalit Lawyers, said the four were suing for damages - including aggravated damages - for the injury, including mental shock, loss and damage they had suffered and continued to suffer.

“The failure to act by the defendants in this case was abhorrent,” Ms Margalit said.

“Despite the obvious risk to Matthew’s safety, there was a complete failure to protect Matthew from harm.”

Ms Margalit said Ms Thomas spent long hours watching over Matthew at his new group home. “It’s really been devastating for her, she’s consumed by what occurred,” she said. 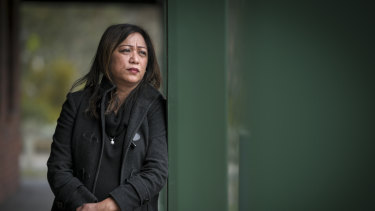 "The only thing I can do is get justice for my family," says Maria Thomas.Credit:Eddie Jim

Ms Thomas’s husband, Peter, died of a heart attack in September 2015 while visiting Matthew, just months after the couple learned of the alleged rape.

“I can’t take back Peter’s life, I can’t change what happened to Matty, the only thing I can do is get justice for my family,” Ms Thomas said.

In late 2017 Victorian Ombudsman Deborah Glass said Matthew, who was given the name 'Robert' in her report, and the other resident had been “failed in this case, by people and systems”.

“This case is especially shocking - not only because of the enduring impact of the trauma associated with sexual assault or the acute vulnerability of those involved, but that this could still happen today despite the supports available to people with a disability."

The Ombudsman’s report showed Matthew’s father had written to the Department of Human Services in December 2014 - five months before the alleged rape.

“As (Matthew’s) parents we continue to be horrified at the sexual attacks on him… I can’t think of any other situation where a repeat sexual offender would be allowed to stay in close proximity to his victim,” Mr Thomas had written.

The Ombudsman’s report said the department did not respond to the concerns raised by Matthew’s family by providing any alternative placement options for either young person. 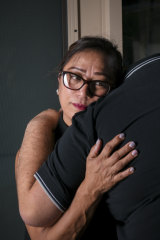 A spokesperson said the Department of Health and Human Services "takes a zero tolerance approach to abuse of people with a disability. As this matter is currently before the courts, the Department is unable to comment further at this time."

In April last year then Disability Minister Martin Foley said Autism Plus would be placed into administration because it was “inefficiently or incompetently managed” and had failed to meet the conditions of its funding agreement.

The Victorian Ombudsman's report said the Office of Public Prosecution decided not to proceed with criminal charges against the man accused of raping Matthew, due to both of the men's disabilities.