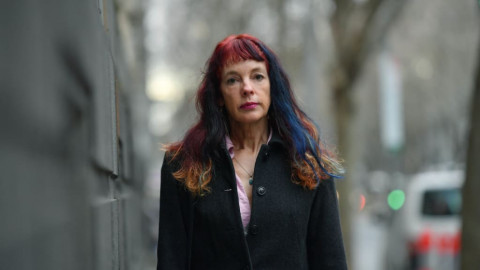 It was the marks on Sophie’s* arms that started it. The moment she came home from school with those bruises, her parents demanded answers.

What happened? How did the bruises get there? Had a form of physical restraint been used by her teachers?

As a child with autism, Sophie has tendency to act out – regularly and severely. How the school responds to her when she does is the great unknown.

Physical restraint is allowed in Victorian schools, in theory, only under strict circumstances to manage children with highly challenging behaviour - and only to avoid injury to the student or others.

However, when Sophie returned home earlier this year with bruises and self-inflicted bite marks – the latter suspected to be sign of distress from an autistic child held against her will – her parents began to worry.

Education department policy states that schools must create incident reports every time a critical incident occurs, particularly when it involves injury. To make sure their daughter wasn’t being restrained inappropriately, Sophie’s family asked to see those reports.

Months later, they claim they still haven’t been given the information.

A departmental spokesman said the school had been "recording interventions in the form of a table which has been provided to the family, along with a daily record sent home with the student”.

The Age has seen a sample of the documents in question. One table has basic numerical markings to describe the student’s behaviour (1 = aggression; 2= self-injury and so on). First aid slips have also been provided with some detail of Sophie acting out.

None of it mentions if or how restraint has been used.

According to disability advocate Julie Phillips, who is assisting the family in a looming legal battle with the department: “The information provided from a behaviour analytical perspective is so sparse that it is impossible to work out what is occurring,” she says.

“Is it something sinister, or something to do with the disability? What is going on? We don’t know because we don’t have enough information."

Victoria prides itself on being the so-called “education state” – but whether it’s transparent enough is a key question.

While the public can now access government funding figures for each school, details on how those schools spend that money is opaque and hard to track.

Principals also claim they're often kept in the dark on government policy reforms. The latest changes to cleaning arrangements for metropolitan schools was cited as one example; the shift on zoned school enrolments, by which schools will not be entitled to extra portable classrooms from next year if 50 per cent or more of their students do not live locally, was another.

"Schools across Victoria were already enrolling students for 2019, only to be completely blindsided by policy delivery by phone," says Berwick Lodge Primary School principal Henry Grossek. "It was an appalling example of secretive decision-making by the department."

Is it something sinister, or something to do with the disability? What is going on? We don’t know because we don’t have enough information.
Disability advocate Julie Phillips

And then there's Freedom of information - or as some parents call it: Freedom from Information. Less than one in five of the public’s requests for education department documents are released in full, according to the latest documents, and certain things, such as school councils, are completely exempt from FOI law.

One family's frustration is similar to that of Sophie's parents. They believe their child has been inappropriately restrained after lashing out at the principal of a Gippsland school in February.

The parents sought FOI access to their son’s files, including staff diary notes, incident reports, and behaviour plans. From the outset, department bureaucrats told them the request “would pose a substantial and unreasonable diversion of resources to process".

They scaled back their request at the department's suggestion, but now fear they won't get all the information they want.

A department spokesman said of this case, the “school handled the incident appropriately at the time,” and was trying to work with the family to resolve the issue.

As for Sophie's case, he said: “The student’s behaviours are complex and deeply concerning for all involved and school staff and the Department have worked tirelessly to try and support the family and work in the student’s best interests."

Parents Victoria spokeswoman Gail McHardy says she believes Victoria's education system is far more accountable than it has been in the past, but it was up to each school to ensure it communicates properly with parents. Otherwise conflict, and claims of secrecy, are inevitable.

The department rejects suggestions it is not open enough, pointing to the "huge amount of information" published, from annual reports and statistics, to school regulations and building project details.

According to the departmental spokesman, “Schools have a variety of methods for communicating with families about the experiences of their children at school and consulting about their children’s needs. These range from formal school communications, student support group meetings and a range of informal communications."

But Julie Phillips, who has assisted a number of families of children with disabilities in similar battles as Sophie's, says the parents have the right to know more.

“Physical restraint is dangerous, and in other western countries has led to deaths in schools, so it’s actually quite a serious matter. But if you don’t know what’s happening, you can’t stop it, or lobby for evidenced-based behaviour plans to be put in place instead.”

* Sophie is not her real name.