NDIS Eligibility for People With Autism Under Review 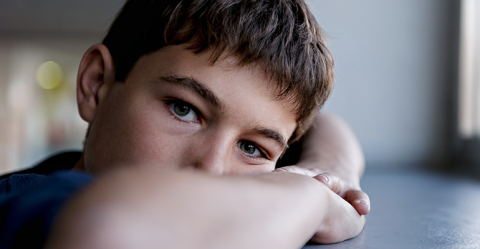 It has been confirmed that eligibility rules for people with autism under the National Disability Insurance Scheme are under review, after a document outlining changes to direct eligibility for autism cases was accidentally published online.

The operational guidelines document – which sets out the conditions qualifying people for access to the NDIS ­– was changed on the NDIS website last week, removing direct eligibility for most people with autism.

Under List A – the conditions guaranteeing automatic access to the NDIS – level two autism was removed, despite people with this diagnosis “requiring substantial support”.

Only level three autism – characterised as those “requiring very substantial support” – was kept on the list.

After concerns were raised, the National Disability Insurance Agency clarified that this was an “incorrect document”, and reverted the operational guidelines online to contain both level two and level three autism under List A.

But on Sunday, the NDIA confirmed that it was reviewing the access requirements for autism under the NDIS, but denied any decision had been made.

The NDIA’s statement said the Productivity Commission’s review of NDIS costs recommended that NDIA Lists used to assess scheme eligibility be monitored, “to ensure they are working as intended”.

“List A guarantees automatic access to the NDIS. List B requires further information for access. Inclusion on List B does not mean that an individual is not eligible for the NDIS. It does, however, necessitate that further evidence be provided to fulfil the requirements for eligibility,” the NDIA said.

“The intent of List B needing greater rigour is to ensure that, as intended, the scheme benefits all eligible individuals with a significant and permanent disability.

“As suggested by the Productivity Commission, in monitoring what should be included in List A versus List B, the NDIA has been undertaking further work on this, and at this stage, no decision has been made to change the lists.”

The agency also apologised for their “error” in publishing incorrect guideline changes.

“The NDIA regrets the confusion caused earlier this week by the placement of an incorrect document loaded onto the NDIS website. This error was rectified as soon as management became aware of it. Accurate information was made available the same day,” it said.

“In the spirit of openness and transparency, senior NDIA staff also called autism stakeholders to alert them to the error.”

But according to a report in The Australian, the NDIA has been working on a strategy to reduce the number of people with autism accessing the NDIS since late last year.

The report also said the operational guideline changes had been “confirmed as genuine”.

This lack of clarity has drawn the ire of the autism community, with advocates slamming the possible eligibility changes.

The Autistic Self Advocacy Network (ASAN) said it was outraged that the criteria for funding supports for autistic people could become more stringent.

After the changes were accidentally published online, ASAN chairperson Katharine Annear said: “It’s not just the changing of the goalposts for entry in to the scheme that have outraged us – it is the level of secrecy from the NDIA – this change was only stumbled upon by a participant trying to access the scheme for her daughter.”

“I think it’s fairly obvious that the government is going to make changes to certain sections of children with autism and their eligibility under the NDIS, and you’d have to say the reason for that is cost cutting,” Rogerson said.

The NDIA said on Sunday that the agency was “committed to engaging with the sector and greatly values the views of individuals with autism and those organisations that support people with autism”.

But Rogerson said her organisation had not been consulted regarding any possible changes and that she feared a decision had already been made.

“They certainly aren’t consulting with me or Autism Awareness Australia, so I’m not entirely sure who they are consulting with because this is a terrible decision, and I can’t imagine there would be many people in the autism community telling them that this is the way to go,” she said.

“My fear is that it’s a decision that’s been made already.”

Rogerson added that these possible changes were “counterproductive” and went against the mantra of the NDIS.

“It runs the risk of affecting children with autism very negatively,” she said.

“The whole point of the scheme is that if we take the kids they’re talking about targeting – level two autistic kids – and we spend money on them early, we know that a good percentage of those kids will go on to no longer need the NDIS.

“So if we spend money early, we can make gains in the future and that was the whole point of early intervention under the NDIS… but now it looks like they’re not going to do any of that, which is incredibly sad for the children that will miss out.”

She said that Autism Awareness Australia would now look to reignite a “national conversation”, to make the impact of possible changes felt across all levels.

“From our point of view, I think it’s really important to bring the conversation to the national attention of everybody, whether you’re an autism family sitting there feeling very upset and very frightened about your child, right through to the politicians that are making these decisions,” she said.

“We need support to have this national conversation that says ‘you guys are about to make a silly policy decision and whilst it might not be silly from your point of view, it has real world consequences for these kids’.

“And we’re hoping we can change their mind in the process.”

The NDIA also said it was working with the Cooperative Research Centre for Living with Autism (Autism CRC), to develop Australia’s first national diagnostic guideline for autism.

“This is a critical step in ensuring a consistent and equitable access to autism diagnosis for children and adults,” the agency said.

“In combination with a functional assessment, this will provide a more contemporary and evidenced-based approach in identifying the support needs of individuals with autism and determining their eligibility for access to the NDIS.

“Following the process that is currently underway, if any changes are made to List A or B, the decision will be fully informed by research and evidence and will only be made following extensive consultation with key stakeholders.”