NDIS bid to restrict access by rewriting rules on autism 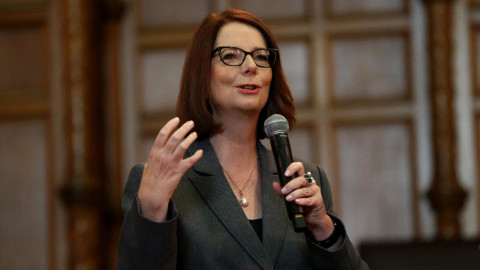 The redesign, being considered by researchers, will come into effect shortly before state and federal support programs for ­autism are terminated next year and could potentially leave thousands with little or no support.

The Australian can reveal the National Disability Insurance Agency is working on a collaboration with researchers that would rewrite the way autism is categorised in Australia and potentially extend or put it in conflict with the manual of mental disorders used by doctors around the world. Globally, researchers are considering whether the grouping of the condition under one umbrella as ­Autism Spectrum Disorder in the Diagnostic and Statistical Manual of Mental Disorders fifth edition (DSM-V) should be wound back and replaced with subtypes.

Ahead of the International ­Society for Autism Research held in The Netherlands earlier this month, its president and cognitive neuroscientist Simon Baron-Cohen raised the idea of shunning the “spectrum” with the introduction of separate types of autism, a move which would match the work being funded by the NDIA. The attempt at siphoning some people with autism out of the NDIS will coincide with the full rollout of the project which, under bilateral agreements signed by then prime minister Julia Gillard, will see the end of programs worth hundreds of millions of dollars. These programs, including the federal government’s $40 million-a-year Helping Children with ­Autism and the $30m-a-year ­Better Start for Children with Disability, were actually identified by the then Labor government as transitioning to the NDIS much sooner but have been extended by the Coalition due to problems with the modelling in the scheme. By July next year there will be no specific support for autistic people outside the NDIS.

Details of the NDIA autism project, revealed by The Weekend Australian after bureaucrats accidentally published part of their work-in-progress, were kept under wraps even as the agency attempted to reassure ­autism advocates that nothing had changed.

Researchers from the Co-operative Research Centre for Living with Autism are collaborating with the NDIA to develop a “profile” of different types of autism based on “individual characteristics” which would, in theory, be used as an extension of the DSM-V. The work would identify new “subtypes” of autism which would then be tied to specific support packages and potentially would allow the agency to completely ­redesign the way the disorder fits into the NDIS. Currently, there are three levels of autism, ranging in severity from Level One to Level Three — low to high — and the core of the initial proposed change was to remove those on Level Two from a list of conditions which guarantees entry to the NDIS without assessment of their functional impairment. These conditions, which include double amputees and brain injury, are kept on List A while conditions on List B do not guarantee entry to the scheme because they are ­“permanent conditions for which functional capacity is variable and further assessment ... is generally required”.

The agency has been concerned about some people with autism being ushered into the NDIS where “eligibility criteria have not otherwise been met”.

“While this work has been underway for some time, it ­remains at a discussion stage and no decision has been made as to whether the Lists should be changed,” a statement on the NDIS website yesterday said.

About 30,000 children aged 14 and under have an NDIS plan and almost half are considered to have a “low level of disability”. There are 142,000 participants in the disability scheme and 29 per cent of these have autism — up from 28 per cent a year ago.

Autistic Self Advocacy Network chairwoman Katharine ­Annear was not sure the Autism CRC project was “going to be the great panacea they are hoping”. “The agency’s problem is they do not understand ­autism and they cannot get their head around the fact there are some people who can be incredibly functional in some areas but not in others. You might have someone with a genius level IQ who can have a conversation with a planner but they might not be able to organise their way out of a paper bag.”