France's autism problem – and its roots in psychoanalysis

France has a problem with autism. The country’s highest administrative court estimates that there are 700,000 autistic people in France. However, only 75,000 are diagnosed. Autistic children have historically been diagnosed later in France than in neighbouring countries. They have often been excluded from mainstream education and lacked access to support services and extracurricular activities.

Many French autists are confined to day hospitals and live-in institutions, isolated from the community and frequently unable to communicate through speech – whereas in the US, for example, public schools are required by law to fully include autistic children in mainstream classroom education. For years, families in northeast France have taken autistic children to Belgium, to access its superior services.

The French government recognises these shortcomings. It was forced to do so in 2004 by a combination of domestic campaign groups and international pressure: the Council of Europe judged France’s autism provisions to be in breach of the European Social Charter. This judgement has been repeated in several subsequent cases. In 2016, the UN Committee on the Rights of the Child also worried that French autists “continue to be subjected to widespread violations of their rights” to education and support.

The response has been a series of “Plans Autisme”, so-called “Marshall Plans” directing investment towards improving outcomes. The latest such plan – the fourth – was launched in early April by the French president, Emmanuel Macron, and will run until 2022. It seeks to recruit thousands of teaching assistants to enable autistic children to attend mainstream schools, as well as facilitating more diagnoses. Yet its very existence demonstrates that the results of the previous three plans were disappointing.

The force of psychoanalysis

Why has France lagged behind? The blame appears to rest with the dominant influence of psychoanalysis over French psychiatry in recent decades. Many psychoanalysts argue that autism is not a neuro-developmental disorder with, as is now globally accepted, a high degree of genetic heritability. Rather, they see it as a psychologically-generated condition originating in a disturbed family environment – specifically, problems in the child’s relationship to its mother.

As analyst Charles Melman, a proponent of these views, put it in a 2014 interview, an autistic child:

Has suffered from something very simple. His mother … has not been able to transmit the feeling that his birth was a gift to her … the prosody of the maternal discourse plays a role in the development of autism.

Historically, many psychoanalysts – notably in the postwar US – have seen autism as a form of psychosis, or “childhood schizophrenia”. Such analysts advocated psychoanalytic psychotherapy as the main form of intervention, rather than the behavioural and communication-focused strategies which have an increasingly strong evidence base today.

Since the 1990s, change in France has been led by organisations formed by parents, incensed that the medical profession appeared to be blaming them for their children’s condition.

The campaign group Vaincre l'Autisme staged a series of demonstrations in 2012-13 denouncing psychoanalytic autism treatment. A 2011 documentary, Le Mur, attacked the psychoanalytic approach to autism, causing controversy when three psychoanalysts brought a lawsuit, and temporarily succeeded in banning the film. However, the case was overturned on appeal in 2014 – an indicator of the waning power of the French psychoanalytic lobby.

Increasingly, there is broad political agreement in France that psychoanalytic approaches to autism are discredited. A recent statement by the minister responsible for the new plan, Sophie Cluzel, that France needs to “put science back into the heart of autism policy” comes in this context.

As a historian of ideas, I am interested in how France reached this point. The intellectual and cultural prominence of psychoanalysis in France since 1968 is unusual internationally. In the US, for example, psychoanalysis was definitively written out of the psychiatric manuals by the 1980s, when behavioural and communicative techniques emerged. Why didn’t France follow suit?

A recent article in The Independent highlighted the importance of Jacques Lacan, the charismatic psychoanalytic theorist, and Bruno Bettelheim’s “refrigerator mother” theory, which postulated that autism was caused by a mother’s lack of emotional warmth.

Yet the impact of such thinkers only makes sense within a context in which psychoanalysis and psychoanalytic thinking had become deeply embedded in French culture. In France, psychoanalysis emerged strengthened from the cultural upheavals of the 1968 period – widely seen as a tool that could help “unblock” France from the perceived stuffy, regimented bureaucracy of its postwar period. Its influence accordingly spread out into many areas of French society.

The impact of Françoise Dolto

My research, for example, studies the impact of Françoise Dolto, a child psychoanalyst, who in the 1970s and 1980s attained a kind of “national treasure” status. Dolto had a hugely popular radio show on the state broadcaster, France Inter, responding to members of the public who contacted her with child-rearing dilemmas. She launched a network of children’s centres, the Maison Verte, partly staffed by psychoanalysts. 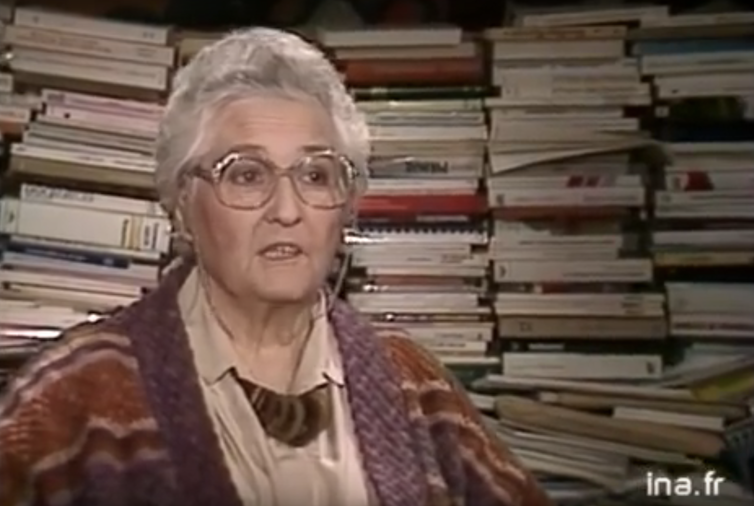 She published over 40 books, in which she communicated psychoanalytic thinking to a broad audience, targeting mothers in particular. Her bestselling case study, Le cas Dominique (or in English, Dominique: Analysis of an Adolescent), showed how “childhood psychosis” could result from the family environment. Books like this are still on the shelves of many French parents, grandparents and psychologists. Hundreds of schools and hospital wings in France are named after Dolto.

From this influential platform, Dolto claimed that childhood “regression” – autism and learning disabilities – was caused by pathogenic mothering. In a 1985 book she defined autism as “a reactive process of adaptation to an ordeal” in which the “affective or symbolic relationship with the mother” has been lost. Such arguments, combined with Dolto’s opposition to feminism, and assumption that it was preferable for a child’s development if its mother stayed at home, surely contributed to feelings of guilt among mothers of autistic children. Her work also buttressed later resistance by psychoanalysts to changing how autism is dealt with in France, since Dolto – the founding mother of French child psychoanalysis – was so clear on the point.

The autism issue shows that France’s unusual fascination with psychoanalysis, which Dolto’s career brings to the fore, has had real consequences. I don’t think its impact has been wholly negative. But where it has caused problems, as with autism, they have not proved simple to unravel.