It’s not hard to find representations in films or on the television of fictional autistic people with poor social skills and who struggle to form relationships.

There is the abrupt and tactless Saga Noren in the Swedish crime drama The Bridge, played by Sofia Helin as if she has Asperger’s. Or young Joe in BBC drama The A Word, absorbed in his music and preferring his own company much of the time, rarely joining in with conversations.

The reasons for these depictions of autistic people with an apparent lack of social ability are complex. Although given that impairments in social interaction form a core component of an autism diagnosis, they are perhaps unsurprising.

In schools, as I found in my PhD study, the result can be that social skills interventions are seen as an educational priority – considered by some school staff and parents in particular to be even more important that the core curriculum.

These interventions are typically in the form of specific exercises run by a teaching assistant. They often take place outside the classroom or to one side of the class – while the rest of the children are doing something else. Or school staff might set up a “social skills” group, where certain children – considered to be socially adept – are chosen so the autistic child can learn from their supposedly superior interaction skills.

It’s not hard to see the inconsistencies in these arrangements. Removing a child from the rest of their class to help their social integration seems contradictory. And to set up one child as deficient while the others help out, is to create a problematic social dynamic – whereby the autistic child will always be seen as somehow inferior.

Not only this, but I also found in my research that autistic children were not given the same chances to take part in the other, more natural social opportunities, that schools usually provide.

Hardly any of the ten autistic children in my primary school based study attended breakfast clubs or after school activities, with the lack of funding for support staff being the main reason cited. On school trips – which some of the autistic children said were their favourite part of school – their participation was sometimes dependent on their parents being able to come along. Again, this was said to be due to issues of staffing. 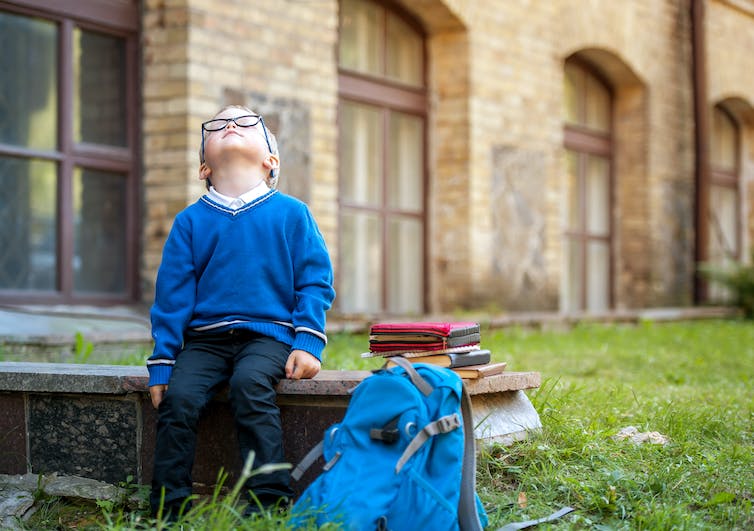 School can sometimes be a hard place for autistic children. Shutterstock

Even so, this doesn’t alter the fact that socialisation can be problematic for autistic children in schools – as it can be for others, too. Some of the autistic adults in my study, for example, explained how as children, they wanted to join in with games in the playground, but didn’t know how to go about it. Or they had been unable to take part in group activities because of sensory issues.

Some also said they struggled to cope with the social complexities of certain classroom activities – such as having marks read out loud, or having attention drawn to them for one reason or another. The adults also reported seeing a change in dynamics as they and their peers became older, with the other children becoming less tolerant and accepting.

How to support socialisation

What I also observed, however, was that when the autistic children were able to focus on what interested them – an issue already understood as crucial in terms of the cognition and well-being of autistic people – they needed much less input from a teaching assistant. And as the teaching assistant faded back, other children tended to come forward, keen to get to know this child who was usually monopolised by an adult.

Similarly, some of the autistic adults also explained how they had gained a sense of belonging when they joined groups or clubs aligned to their interests – making them feel more accepted, and less stigmatised. 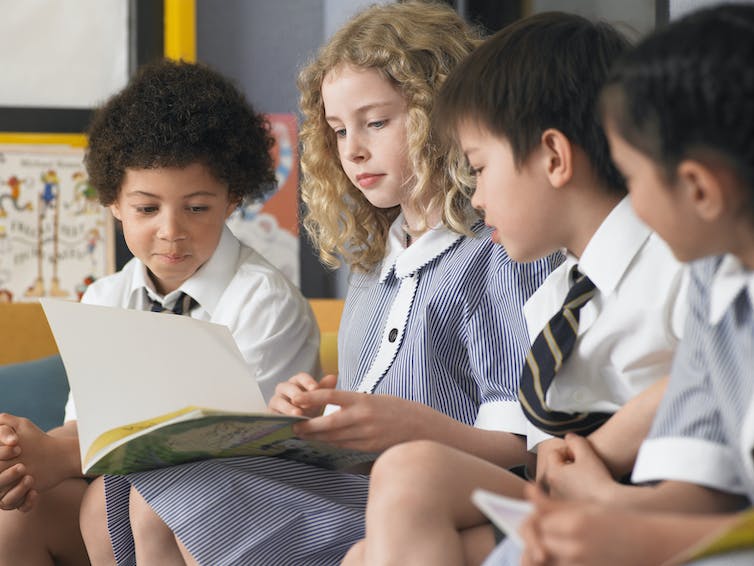 Other pupils can learn from autistic children, too. Shutterstock

My study also showed how crucial it is to understand and respect the social preferences of individual children. For some, friendships were important; for others, they were not. Some preferred to have one or two friends, rather than a large social circle.

So while it might be the case that some autistic children need support to socialise in schools, this doesn’t mean it’s the same for all. Contradictory social rules can be opaque and perhaps need to be explained, but this is not going to be helped by unnecessary segregation – being “velcroed” to the teaching assistant, and setting the child up as being different from the others.

In fact, it may well be that some children, who can be easily distracted by chatting to their friends in class, stand to learn a lot from autistic children, who might be more focused on their work instead.