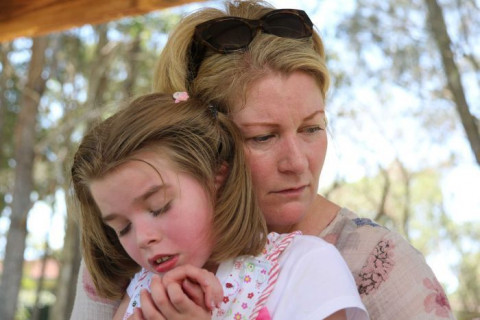 There is a related Change.org petition you can sign: https://www.change.org/p/pru-goward-don-t-let-the-ndis-leave-kids-homel…

Parents of children with severe disabilities in NSW are "terrified" they could lose access to around-the-clock care due to a funding stoush between the State Government and the National Disability Insurance Scheme (NDIS).

About 1,000 children with disabilities access voluntary out-of-home care across the state, including overnight respite services and residential placements.

They include Stuart Latham's 11-year-old son Henry, who has autism and an intellectual disability, and has been living at a centre in Sydney's north for the past five years.

"You don't just wake up one morning and say it's a bit hard, I think I'll just put my kid in care," Mr Latham said.

"The reality we confront is we can't keep Henry safe at home.

"These are only decisions that you reach when you've thrown everything at it and you've failed and you've hit rock bottom.

"And you've found a way to pick yourself up and you've failed again."

Mr Latham said the accommodation used to be funded by the NSW Department of Family and Community Services (FACS) and he was assured the level of care offered would not change under the state's transition to the NDIS.

Despite high hopes for the NDIS at its rollout, Briana Blackett says the scheme has left her family feeling like "they're not worth" the help.

However, he said that was not the case and there was now a significant funding gap.

"In April last year we received our first (NDIS) plan which said, surprise — we've funded some things, important things but around the edges, you know therapeutic support, transport. But what we haven't funded are the core supports, the accommodation required on a daily basis," Mr Latham said.

"We're at the point where we've got service providers who aren't being funded. They're saying we won't abandon your kids but their pockets are only so deep and their willingness to continue to cover it can only go on for so long. It's terrifying."

In a statement, the National Disability Insurance Agency, which runs the NDIS, said the scheme was not set up to cover voluntary out-of-home care.

"Where participants are under the age of 18, it is expected that parents who retain parental responsibility for their children will contribute financially to their day to day living costs, including accommodation and everyday living expenses like utilities, food and clothing."

The NSW Minister for Disability Services, Ray Williams, said the NDIS was a federal responsibility although the safety and wellbeing of children was a priority for the NSW Government.

"I have urgently requested a meeting with the Federal Minister, Jane Prentice, to discuss this matter and the circumstances," he said.

Vanita Connery has been warned she may have to withdraw her children with disabilities — Jordan, 13, and Olivia, seven — from their care facility on the Central Coast because the operator is struggling to make ends meet under the current model.

Where will the NDIS funds come from?

Once it's fully operational, the NDIS will be one of the biggest Government-funded program after Medicare. But where will those funds come from?

Jordan has a rare degenerative brain condition known as Sanfilippo and Olivia has Rett syndrome, a disorder of the nervous system.

Both children need to be fed through tubes and require high-level, full-time care.

"Basically they need everything done for them," Ms Connery said.

"They're non verbal and really not able to communicate at all and they need nappy changes several times a day."

Ms Connery said her children were facing the prospect of losing access to their accommodation at the end of this week but have since been given an extra three months.

However, she said a long-term solution was desperately needed.

"I just don't understand, everyone is saying it's not their responsibility."

Action for People with a Disability executive officer Christine Agius urged governments to resolve the issue as quickly as possible, warning some parents were already considering relinquishing care of their children to FACS to try to secure the support they need.

"That is absolutely devastating, not only for the parents but for the brothers and the sisters of children who've been relinquished into care," she said.

"At the end of the day, ministers come and go and departmental heads and staff come and go.

"The constants in the lives of these children are the families, the majority who are diligent and committed, and we need to support them."