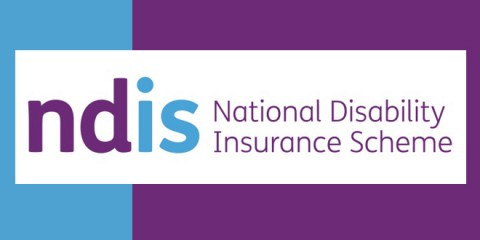 Autism Aspergers Advocacy Australia (A4), the national grassroots advocacy group for autism spectrum disorder (ASD), is alarmed and disappointed by the National Disability Insurance Agency’s (NDIA’s) video on Facebook (see https://www.facebook.com/NDISAus/videos/594542027373310/ … a transcript is given below) about how its Early Childhood Early Intervention (ECEI) Approach is meant to work for autistic children. Disappointingly, this video shows that the NDIA continues to ignore/rejects expert advice and the peer reviewed research literature that defines best practice (and evidence-based) early intervention (EI) for autistic children (see http://a4.org.au/node/843).

The NDIA’s video features Michelle and her children (hopefully not their real names). While the following is critical of the video’s content, it is not intended to criticise Michelle who appears to be doing her best for her children. The NDIA is wholly responsible for the content of the video.

The video says Michelle’s sons, Jonathan and Harrison, are 12 years are 3 years old respectively. She says the boys have “developmental delay and autism”. What she means by “developmental delay” in unclear. The DSM-5 says Global Developmental Delay (ICD-10 F88) “diagnosis is reserved for individuals under the age of 5 years ...”.

The DSM-5 also says that a diagnosis of Autism Spectrum Disorder must indicate either with or without Intellectual Disability. In the DSM-IV (up to 2013), “autism” (more formally, Pervasive Developmental Disorders or one of the sub-types) would have been both boys’ primary diagnoses (on Axis-I) with intellectual disability (called “mental retardation” in the DSM-IV) as an additional diagnosis (on Axis-II).

In relation to intellectual disability and ASD, the DSM-5 says:

Apparently, the NDIS should help and encourage Michelle with updating Jonathan’s diagnoses and other assessments.

If Jonathan was diagnosed with “autism” by age 6 years, Michelle could have accessed an Autism Advisor (for impartial advice) and individualised EI for Jonathan via the HCWA program (HCWA did not offer/provide intensive EI for ASD). However, the content of this NDIS’s video suggests something has gone awry. Michelle may have not:

With her prior experience (or inexperience … perhaps she found HCWA too hard to navigate?) and numerous children with disability, Michelle is not an ideal example of a family with a young autistic child first encountering the NDIA’s ECEI Approach.

Following are some more specific concerns about this NDIA video.

One can expect that 6 or 7 months of ongoing input from a speech therapist would improve the children’s communication.

The NDIS focus of EI should be on the child, not on the parent(s). While it may help to consider the family context, EI must be about the child … creating a family centred approach is likely to be a distraction, especially when more than one child is involved.

We are keen to see the evidence base for a “family centred approach to help [autistic] children”.

We are deeply concerned that her children’s EI diminished her confidence and fed her doubts about her parenting (see http://a4.org.au/node/892). EI should not cause or let her feel that she and her parenting were inadequate or in anyway deficient. That is an unacceptable outcome for any ASD-related EI.

Research shows that ASD is not due to poor or sub-optimal parenting … the evidence is clear that most parents of autistic children raise normal children using precisely the same parenting approach. The “blame autism on the parents” or “refrigerator mother” approach to autism was debunked in the 1950s and 60s [see https://en.wikipedia.org/wiki/Refrigerator_mother_theory]. It is very disappointing that this discredited (and damaging) attitude is still in use today in Australia, and that the NDIA has is now promoting it (in this video, for example).

Clinicians with real training and experience with autistic children report that parents know their children best. Parents are generally the experts on their individual children; and proper clinicians recognise this. They do not tell parents their parenting of an autistic child is inadequate a) because that is rarely the case, and b) because it increases the risk of mental illness in parents.

She also says “… instead of just screaming at me because I don’t understand him”. This suggests/indicates that screaming was being reinforced. Is this only being tackled in respect of food requests … or is there a more general approach to screaming to communicate being addressed?

At one point, Michelle says “No Harry, you have to wait your turn please”. Is this meaningful language for Harry? Does he understand this and similar instructions?

The claim that an autistic child does not or may not need a diagnosis is controversial. The NDIA should be very clear that they adopted such a controversial approach.

It is crucial that families understand that the information and advice in this video is contrary to scientific evidence, advice from people with training, experience and expertise in specific EI for autistic children … and advice from many autistic adults. The people giving advice here do not appear to have the knowledge and experience that they should have in order to give such advice.

The NDIA’s approach to diagnosis and early intervention for ASD, as described in its video on Facebook, is unacceptable.

A4 is the national grassroots organisation advocating for autistic people, their families, carers and associates. A4 is internet based so that Australians anywhere can participate.

“The first step in solving any problem is recognising there is one.” Jeff Daniels as Will McEvoy in The Newsroom.

Michelle: Emily is my little social butterfly. John is so creative and imaginative. Harrison is quite musical. And Isabelle, I think she will make a fantastic CEO one day.

Insert: The NDIA has worked with leading practitioners and researchers to create an evidence based, family centred approach to help children achieve their potential.

The playgroup is run by a mix of Speech Therapists, OT’s, Psychologists and Physiotherapists, as well as some volunteers and some students.

The early Intervention here has been great because it not only helps my children – it helps me get that confidence to be able to communicate better with them, to know what I’m doing. I mean the only education I have on special needs is living it.

I feel like I’m a better mum than I was six months ago because now I have the skills to help my children, communicate with them better. I definitely feel better and more confident in myself and it’s great to see the kids are flourishing from that as well.

Melissa: My name is Melissa. I’m one of the occupational Therapists here at Lifestart Nepean, so I’m Harrison and Isabelle’s key worker.

Michelle: At this playgroup we learn how to play and interact with our children. Our main aim is to sort of upskill the parents, giving them the strategies to work with their children …

Melissa: With Harrison I’ve seen some really big improvements in his communication.

Michelle: We’re mostly using visuals so he can communicate to me what he wants to eat. He’s now sort of getting better at pointing and regulating himself instead of just screaming at me because I don’t understand him.

In the background (Michelle speaking in a complex group setting): “No Harry, you have to wait your turn please.”

Melissa: In terms of Isabelle I’ve seen some improvements in her social skills.

Michelle: Early intervention has helped us as a family communicate better with one another and that in turn sort of makes us enjoy each other’s time a bit better and we can love each other a bit more instead of being so frustrated all the time. One of the best things about early intervention is that you don’t need a diagnosis before you start getting help, or even at all.

If you’re considering early intervention for a developmental delay or for any reason don’t hesitate. Get on it as soon as you can because the earlier the better.

My hopes are pretty simple using this early intervention, I just want my children to get the most out of life and benefit from as much as possible – and so far it’s working!

Previous letters/emails from A4 to the NDIA about early intervention for autistic children can be seen at: