The Neurodiversity Movement Should Acknowledge Autism as a Medical Disability 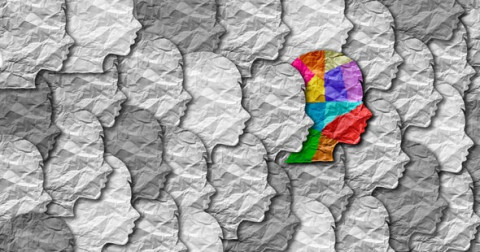 Autism doesn’t have to define a person’s identity

The autism researcher Simon Baron-Cohen published an article, “The Concept of Neurodiversity Is Dividing the Autism Community,” where he defends the neurodiversity perspective. There are several specific arguments in his article, but overall, he views autism as a biological difference, not a disability.

Aiyana Bailin, a disability rights advocate, wrote a response titled “Clearing Up Some Misconceptions about Neurodiversity,” where she claims that while she supports neurodiversity, she believes that autism is best understood through the social model of disability. This means that the negative aspects of autism are caused by a lack of external accommodations, such as in improper work environments.

Advocating for medical research, former president of Autism Speaks Liz Feld has stated that one third of people with autism also have a seizure disorder, half suffer serious digestive complications, 49 percent wander, and more than 30 percent are nonverbal. Feld claims that no accommodation could solve those specific difficulties, and that they interfere with their quality of life. In 2018, the National Council on Severe Autism was founded to take action regarding those concerns, with its founder, Jill Escher, stating that “For countless families devoted to the well-being of their disabled loved ones, the daily challenges can be overwhelming, and the prospects for the future extremely bleak.”

Many who view autism as a difference or through the social model of disability claim that those issues are co-occurring conditions and not part of autism. However, as of now, there is no evidence that those conditions can be separated from a person’s autism. Furthermore, those perspectives don’t give a clear portrayal of how autism should be defined. As Jill Escher said in a blog post on this issue, “If my kids don’t have autism, what do they have?”

Furthermore, a study in 2015 concluded that compared to individuals with other disabilities, young people with autism have significantly higher rates of unemployment and social isolation. This study also included many people with milder variants of autism. There are some success stories of high-functioning individuals being able to find jobs through autism hiring programs; however, this success is quite rare. For instance, Microsoft only hired five candidates in one session of its autism hiring program. This is because accommodations are simply to aid a person in working, but the essential job requirements should be the same.

One way to solve this dilemma is to push for more medical research to find the causes of autism, while acknowledging that autism shouldn’t have to define a person’s identity. Given the aforementioned difficulties, there is no reason why a person has to be completely dependent on having autism to have a sense of self-worth. As Thomas Clements, who is an autism advocate, wrote: “My Asperger’s is a part of me, even if the social difficulties it entails limit me in my interactions a lot of the time. But I am worried that the fringe elements of the social justice and neurodiversity movements are prone to fanaticism and will insist that any hint of treatment or alteration of the sacred autistic 'identity' is somehow ‘fascist’ or ‘eugenicist’.”

The views expressed are those of the author(s) and are not necessarily those of Scientific American.