Symptoms improve after parents are trained to better understand and interact with preschool children, researchers say.

A new form of therapy has for the first time been shown to improve the symptoms and behaviour of autistic children, offering a potential breakthrough in care for millions of families.

Six years after parents were trained to better understand and interact with their preschool children, researchers found that the therapy had moderated the behaviour of those who had been severely autistic, unresponsive or unable to speak.

A child who might have run around a supermarket squealing, heedless of their parent, putting objects in their mouth and pushing past shoppers to try to press the buttons at checkout, might instead wait in the queue and even help load the trolley, the research found.

The success of the preschool autism communication trial (Pact) has surprised even the researchers who designed it. There are no drugs to treat the condition, which typically sets in around the age of two, and many families have tried intensive training of their children by therapists, with mixed results. Pact instead trained the parents to help their children.

Prof Jonathan Green at the University of Manchester, who led the study published in the Lancet medical journal, said they had not found the cure for autism, but he and his team believed it had great potential and hoped it would be widely adopted.

“The advantage of this approach over a direct therapist-child intervention is that it has potential to affect the everyday life of the child,” he said. “Our findings are encouraging, as they represent an improvement in the core symptoms of autism previously thought very resistant to change.

“This is not a cure, in the sense that the children who demonstrated improvements will still show remaining symptoms to a variable extent, but it does suggest that working with parents to interact with their children in this way can lead to improvements in symptoms over the long term.”

The trial involved 152 children aged two to four. The families visited a clinic twice a week for six months, where parents were videoed with their children and a box of toys. Autistic children might not interact with their parents at all, but when eventually a child did offer a toy or made a noise that could be interpreted as a request, the incident was rerun on video and the parent encouraged to respond. If the child offered a toy, the parent reciprocated. If the child said a word, the parent repeated it and added something. The practice was repeated at home every day.

The therapy continued with the parents for the next six months with less intensity. At the end of the first year, the researchers could see the children had improved, but the most dramatic development was seen at the follow-up six years later. At the start of the trial, 50% of those in the control group who did not get the therapy and 55% of those who did were assessed as severely autistic. The children in the intervention group, though, got better. The proportion assessed as severe in the control group was 63% by the end of six years, compared with 46% in the intervention group. 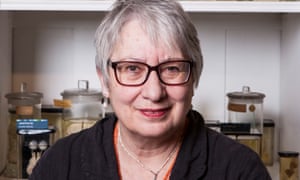 Other experts applauded the work. “I can see why these researchers are excited,” said Dorothy Bishop, professor of developmental neuropsychology at the University of Oxford. “These results at follow-up are pretty consistent in showing the benefit of this early intervention for autism across a range of measures. My impression is that this is an intervention that reduces the severity of autistic symptoms, rather than curing autism. Nevertheless, for parents of children with autism, even a modest reduction would be worthwhile.”

Dr Max Davie, of the Royal College of Paediatrics and Child Health, said it offered “a hugely cheering message for families”, while Uta Frith, emeritus professor of cognitive development at University College London, called it “a remarkably positive story, because the intervention itself was neither intensive nor invasive”.

The absence of any hope, as well as the very sudden regression in children’s behaviour, led many parents to believe in the discredited theory of Andrew Wakefield that the MMR (measles, mumps and rubella) vaccine was the cause of autism.

“Parents commonly tell us that they fight for a diagnosis but, when they finally get it the cupboard is bare, with little information or tailored support available to them,” said Dr James Cusack, director of science at the charity Autistica. “Too often, parents fall victim to the false claims of charlatans who prey on desperate families. These results look promising for the many thousands of parents who want to find early interventions for their children based on solid science.”

The researchers said children’s communication with their parents was improved at the end of the six years. The parents said there were also improvements in relations with other children, in social communication and in repetitive behaviours. But there was no change in child anxiety, challenging behaviours or depression in the autistic children and they would still need a lot of support while growing up.

About 1% of children and young people are affected by autistic spectrum disorder, which ranges from mild to severe. The lifetime costs to the UK, which include health, social care and education costs as well as productivity losses, are estimated at £1m to £1.5m per child and between $1.4m and $2.4m in the United States.

Editorial: this media cover is quite poor. It is far from the first time that positive results for parent-mediated intervention for autism has been reported, see http://www.triplep-steppingstones.net/au-en/about-triple-p/the-evidence/ for example.

Repeated reviews of the research contradict claims of especially positive outcomes for parent training approaches, such as this. One report, such as this, is not sufficient to reverse this conclusion.

Further, researchers and clinicians who claim/suggest "many parents to believe in the discredited theory of Andrew Wakefield" simply cannot be believed. Parents of autistic children are not different from the rest of the community in this regard. Few parents believe "the discredited theory" that MMR vaccine may cause autism.

A claim that "the children in the intervention group, though, got better", such as in the article above, should be treated with caution/skepticism.

The results in the article say the control group went from 55% to 63% while the treatment group went from 50% to 46% who were assessed as "severely autistic". This isn't really the direct 63% to 46% comparison that the article suggests. The results from this parent training intervention fall well short of the "optimal outcomes" that others have observed (see here and here) from early intervention for ASD. Note that in Australia, 73% of people with autism have severe or profound disability which is well above the 50-55% described for the sample in this research ... so this research may have issues with sampling.

Clinicians and researchers blame parents for doing what they can afford to try to help their autistic children ... because politicians and bureaucrats refuse to fund best practice early intervention for autistic children, and researchers do not put sufficiently convincing cases. Instead, it's easier to criticise parents saying things like "Too often, parents fall victim to the false claims of charlatans".

The actual article in The Lancet starts out (first sentence) saying "It is not known whether early intervention can improve long-term autism symptom outcomes". This is wrong: it is widely recognised that best practice early intervention for autistic children significantly improves long-term outcomes.