An Upper House inquiry has been established to examine the provision of disability services in New South Wales.

The Hon. Greg Donnelly MLC, Chair of the Committee said: 'The disability sector has undergone significant reform in recent years. This inquiry is an opportunity to examine a range of issues effecting the sector. A key area of interest is the implementation of the National Disability Insurance Scheme (NDIS)'.

An Autism Advisory Group has been established to provide advice and feedback to the National Disability Insurance Agency (NDIA).

The establishment of the advisory group reflects the NDIA’s commitment to working with key stakeholders and experts who support people with autism.

The largest research grant ever given for neurodevelopmental conditions has been awarded by the Innovative Medicines Initiative to an international consortium academically led by the Institute of Psychiatry, Psychology & Neuroscience (IoPPN) at King's College London.

Warning: this article is extremely disturbing.

Forty-one seconds. That’s how long it took for police to shoot Courtney Topic, after the 22-year-old was seen brandishing a knife outside a Sydney Hungry Jack’s. Three years on, her family retraces her story in a plea for better police training in mental illness. 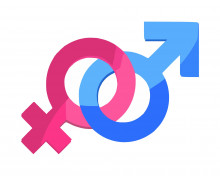 Autism is significantly more common in boys than in girls. This skewed sex ratio has been recognized since the first cases of autism were described in the 1940s. The exact reasons for the ratio remain unclear. It could be rooted in biological differences between the sexes. Or, some experts say, it may be an artifact of the way autism is defined and diagnosed.

Here’s how researchers estimate and explain the sex ratio in autism.

What is the sex ratio for autism?

VPSC is holding an art competition for people with disability. We’d love for you to help us promote it.

The winning artwork will feature on the Victorian public sector’s first ever Disability Employment Action Plan. VPSC is developing the action plan in close consultation with government departments, agencies and offices. The plan is a collective commitment by the sector to provide flexible and sustainable employment for people of all abilities, lifting representation to 6% by 2020.

Ill-informed debate over eligibility and arbitrary line-drawing through the autism spectrum is the result of years of neglect of ­autism research and a failure to engage with those who had the ­answers. It was a perfect storm waiting to happen, and the gales have now blown in.