An ACT study of mental health care provider organisations suggests the National Disability Insurance Scheme (NDIS) is failing to achieve some of its core aims for persons with a lived experience of severe mental illness.

In a survey reporting on the transition to the NDIS, researchers from The Australian National University's Centre for Mental Health Research found the transition to individualised funding brought significant distress and uncertainty for care provider organisations in the mental health sector.

The researchers identified a number of challenges with the NDIS with respect to mental health care:

More than 90 per cent of mental health care providers in the ACT (a pilot site for the NDIS scheme) participated in the study. One third of the provider organisations interviewed said they lacked funding stability for longer than 12 months while nine of the 12 services that commented on the impact of the NDIS expressed deep concern with problems with planning and other issues.

Lead researcher and PhD candidate Maryanne Furst said the study found not all experiences were negative.

"In any case NDIS has caused major organisational distress in the mental health sector, even in jurisdictions specially prepared for its deployment such as ACT."

Note: autistic adults (and adolescents) have higher rates of mental illness than the population generally. There is some evidence that many people with treatment-resistant mental illness are undiagnosed autistics.

The rollout of the National Disability Insurance Scheme has created considerable distress within ACT's mental health care sector, a study has found.

Researchers from the ANU's centre for mental health research surveyed more than 90 per cent of the ACT's mental health care providers, finding there was significant uncertainty in the sector. 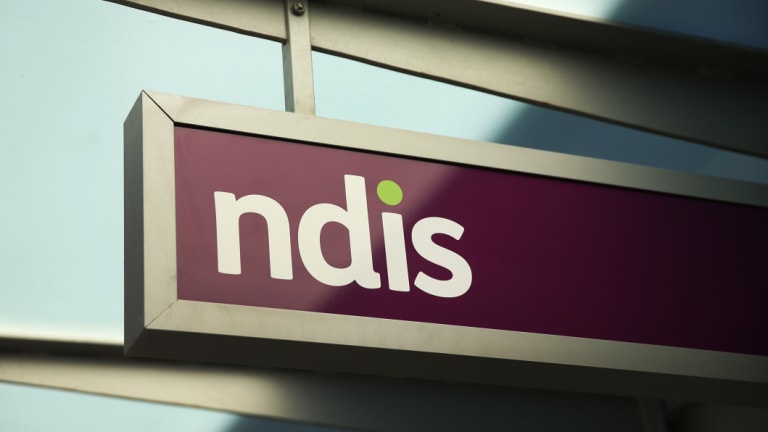 The roll out of the NDIS in the ACT has led to significant distress in the mental health sector. Credit:Marina Neil

The ACT was a pilot site for the NDIS and the first to fully transition in the country, which saw the transfer of funding from organisations to individuals.

The study suggested the NDIS was failing to achieve its core aims for people with a mental illness-related disability.

It found one-third of ACT provider organisations interviewed did not have guaranteed funding beyond the next 12 months.

Nine of the 12 services that commented on the impact of the NDIS expressed deep concern with problems with planning and other issues.

Lead researcher and PhD candidate Maryanne Furst said it was telling the ACT had struggled with the rollout because it was best placed to succeed.

Its small size and relatively higher socio economic status made it an ideal pilot site.

Ms Furst said providers had huge issues with mental health patient eligibility for services and they were concerned hard to reach groups were being left behind.

She said there had also been a reduction in the availability of services and programs.

"What we found when we were talking to providers was that the transition was really having a major impact and creating high levels of distress and uncertainty," she said.

"Most of the responses we got were quite negative and quite concerning."

Among the providers' concerns was a lack of support for the varied nature of mental illnesses and the arduous application process and issues.

Ms Furst said while they heard one or two stories about people better off, it was more common for people to be struggling.

She said the funding model was creating an environment where the sector was more competitive than collaborative, which affected the ability to have integrated care.

It also led to wage constraints and difficulties in retaining staff due poor pay, the report found.

The research came after the Mental Health Community Coalition ACT last year released a report highlighting the failures of the rollout for the sector.

That report was based on the experiences of not-for-profit service providers, people with mental illness and their carers during the first three years of the NDIS in the ACT, which started in July 2015.

It found many ACT residents were worse off under the NDIS.

The coalition's executive officer Simon Viereck said funding being moved from existing services to the NDIS had also left support gaps for people who are not participants in the scheme.

The ANU study has been published in Australian Psychiatry.