A4 Organisation and Administration

A4 Organisation and Administration

Autism Aspergers Advocacy Australia (A4) is a volunteer organisation. This means it relies completely on the efforts of A4 members to conduct its activities.

Since members of the A4 Management Group are not paid, and have limited time, members will typically be most involved in doing things related to their personal interests. The things A4 does are the things that its active members are most interested in.

A4 formed to represent the views of autistic people, their families, carers and associates with particular focus on issues of federal government. A4 is a grass-root organisation (its members are individuals) that aims to involve members of the ASD community in its activities, organisation and operation. The A4 Management Group developed a Vision and Mission that describe the primary purpose of the organisation. Hopefully, all A4's activities are fall within the bounds of A4's Vision and Mission.

A4's Vision and Mission are ambitious. We are not aware of any other organisation that aims to represent the diverse views found across the whole of the ASD community. To achieve this goal, A4 has at times to represent multiple views that may be conflicting or contradictory. Representing diverse views is challenging. So A4 needs its members, especially its active members, to appreciate and accept this difficulty ... and to respect the needs of the organisation to function despite varied and sometimes conflicting views of individual members.

A4 operates over the internet. This means anyone who has access to the internet (and most Australians can access the internet) can participate. While it may be easier for organisations where people can meet face-to-face to function, A4 wants to include members who want to be involved, no matter where they live. A4 tries to run effectively over the internet despite the communication difficulties this incurs.

Basically, if A4 member(s) feels A4 should do something, the member(s) should expect to:

write down how they think they can achieve a particular result
share their thoughts about how they will do whatever it is with other A4 members, especially those who share their interest
decide as a group the best way forward
then implement their plan.

At this stage, A4 has minimal administration ...

A4 has not endorsed a set of 'Rules' or a constitution.
A4 has been run by a voluntary Management Group rather than an elected Executive and/or paid staff.
A4 membership is free to people who live in Australia.
A4 is not a charity (at least, not formally ... since A4 has not got the required formal structure)

The existing situation relates more to the interests and priorities of A4's members rather than a particular philosophy or approach.

Autism Aspergers Advocacy Australia (A4) is in the process of becoming a Company Limited by Guarantee. As this process progresses, more information will be provided. Bob Buckley (April 2018)

Unanswered Questions: A4 policy on failing or refusing to answer questions or recognise concerns

Unanswered Questions: A4 policy on failing or refusing to answer questions or recognise concerns 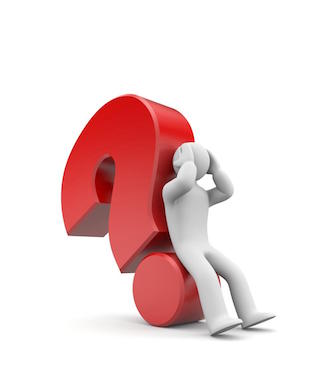 Autism Aspergers Advocacy Australia (A4) has a policy that addresses the conduct of politicians, officials and agencies that choose to ignore questions and issues affecting autistic people and people living with autism spectrum disorder (ASD).

Previously, officials and politicians chose to ignore some questions that A4 asked or some issues A4 raised. In the past, government and its agencies avoided matters that are crucial/essential for the very vulnerable members of the ASD community by ignoring parts (or the whole) of correspondence with A4.

A4 asks important questions so when people and agencies do not respond they send the autistic community a very clear message that they do not care … or worse. When A4 asks a question, A4 expects and autistic people deserve an answer.

Basically, failure (or refusal) of a person or agency to answer A4’s questions is unacceptable. Delay in crucial matters is detrimental for people who already experiences substantial disadvantage.

A4 does not have the time and resources to chase people or agency representatives who fail to do their jobs properly; who do not meet their responsibilities to taxpayers and the wider community to provide essential information, answer questions and address deficiencies in it’s programs.

A4 recognises and expects that agency employees who are responsible for responding to A4’s correspondence are quite literate so they understand the questions that A4 asks. If an agency or its staff have any doubt or uncertainty about any of A4’s questions, they should contact A4 promptly for clarification.

Usually, A4 numbers the questions so a respondent can easily number answers correspondingly. There is no reason for accidentally omitting a response to any question when preparing a response for A4.

Henceforth, A4 will treat a person or agency’s failure to answer its question within a reasonable period as a deliberate choice to not answer. A4 will interpret a missing answer to mean the answer to the question is extremely negative or the worst answer possible … it is an answer so bad that the person or agency cannot put it in writing.

Similarly, a person or agency’s failure or refusal to acknowledge any concern that A4 raises should be interpreted to mean complete/total rejection of that concern of the people A4 represents.