An estimated one in 70 Australians are on the autism spectrum, but many are out of work. They and their advocates say employers need to do more to make workplaces more neurodiverse, and businesses will improve as a result.

Advocates for people with autism have made growing calls for more workplaces in Australia to embrace neurodiversity, in a bid to reverse alarming unemployment rates for people on the spectrum.

Carol Adams, a professor of accounting at Swinburne University of Technology, worked most of her adult life before being told this year she was autistic.

“When I first had that lightbulb moment that I might be autistic it was when somebody said to me that when talking to autistic people you need to be very direct, and I kind of thought, 'well, I only really do direct'," she tells SBS News.

“I’ve been in a situation where there was quite a bit of office politics and I found that very difficult. I noticed that my female colleagues coped with it better than I did. They coped with some bullying that was going on and that puzzled me at the time. I guess I can see now that it’s perhaps attributed to a different way of communicating.”

Carol found she identified with autistic characters in television and literature – as well as with Swedish climate campaigner Greta Thunberg.

“It’s not a coincidence that Greta is an autistic person who has really spoken out and has rallied and been very persistent with what she believes in because she’s read the science, she knows the material, she would have studied that in great detail and has stuck to what she believes in." 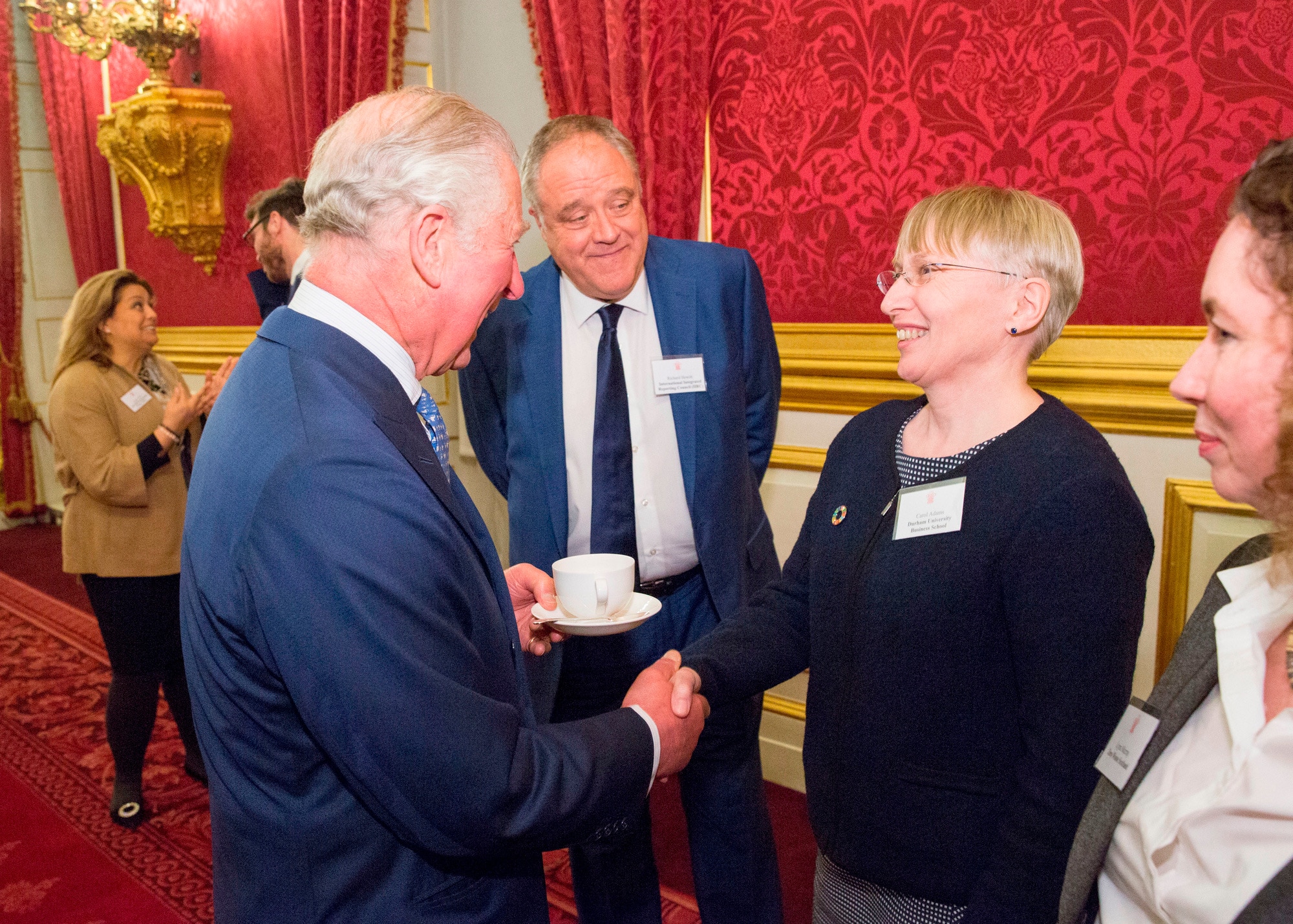 Carol meeting Prince Charles at his annual Accounting for Sustainability summit, which focused that year on climate change.

Carol says she doesn’t see her autism as a disability but rather a strength. But job outcomes for autistic people often don't match their potential. Many find it hard to secure work and many who do are underpaid.

“Employers need to be telling the right stories. They need to be talking about the strengths autistic people bring to the workplace, the benefits they bring,” Carol says. “Whether that’s their work ethic, bringing a different perspective to problem solving, bringing technical skills, avoiding group-think.”

“It’s only been in recent years that companies have understood the benefits of hiring people on the autism spectrum,” says Autism Awareness Australia CEO Nicole Rogerson. “I think at first there were some key companies that showed how successful it can be.”

“It could be flexible working times, which we now all do. It could be working in a quieter environment in the office, maybe not part of an open plan with big loud noises, no fluorescent lighting.

"So we’re not talking about big things here. And you could have somebody on your team who has amazing skills and brings an enormous amount of wealth.”

“Initially the companies that did very well tended to be those that had IT positions, like IBM, Westpac, and congratulations to them. But we really need to move beyond that now. The autism spectrum is broad so there’s a lot of different people with a lot of different skill sets.”

Westpac’s group head for inclusion and diversity Sandra Casinader has two children with autism. She says not only is there a moral obligation to ensure equal opportunity for people with autism, but there’s also a strong business case for it.

“It’s absolutely critical because diversity of thought means that you actually have much better collaboration and different world points of view in any decision that you’re making.” she says. “All the studies I’ve looked at show you drive greater output by having a more diverse workforce. So it actually makes commercial sense to have the multitude of viewpoints and lived experience in a workforce.” 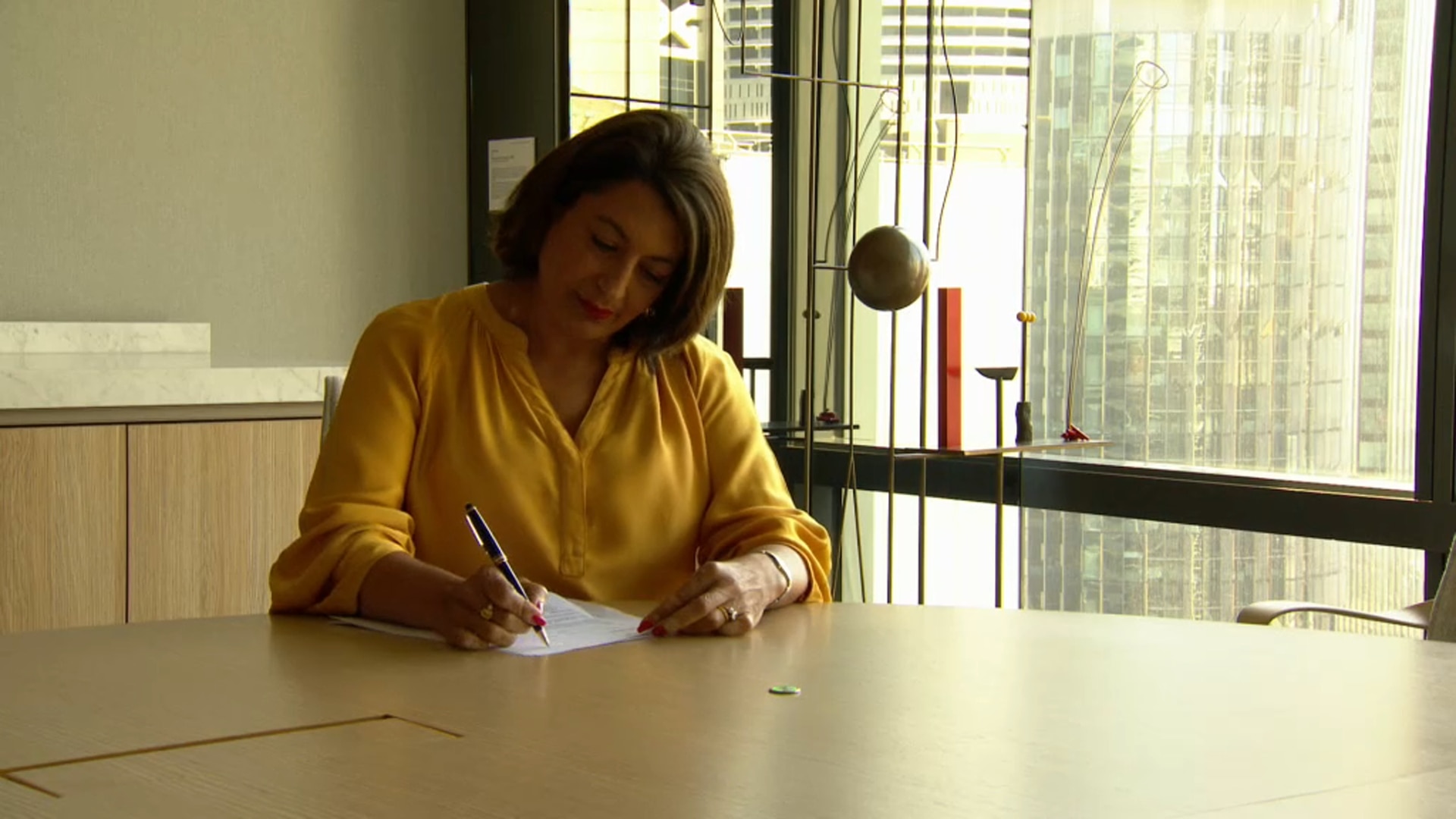 Westpac’s recruitment program for autistic people began in 2017 and does away with traditional interview formats.

“We know traditional recruitment processes with formal face to face interviews can prove quite problematic for people on the spectrum and doesn’t really showcase their skills and abilities,” she says. "So we kind of re-imagined the recruitment process.

"What we’ve done is pivoted where we don’t have any of those formal interviews, but rather we have a really methodical three-week assessment centre format, where we actually give the candidate real-life projects to complete and then the hiring managers look at the output and make a call on the talent based on that.”

And while underpayment of people with a disability has been an ongoing issue in Australia, Ms Casinader says her employer has a pay equity arrangement in place.

“Fair pay is part and parcel of Westpac’s ethos. Pay equity is one of our platforms with all the people that we on-board. In fact, even when they’re going through the assessment centre we actually pay them because we know how valuable their time is, and in terms of alignment with everybody else in the workforce it’s identical.”

from Calls for more companies to recruit Australians with autism and embrace neurodiversity (sbs.com.au)